Fundraisers, celebrity endorsements, marches, speeches, es­says, and the like aside, the most direct way to send a “message” to cancer, and to guarantee that it is received, understood, and possibly even followed, is to use DNA, the lingua franca of the tumor cell. From a deceptively simple four-letter alphabet of ade­nine A, cytosine C, guanine G, thymine T, it is possible to instruct tumors and their supporting cells or stroma to stop propagating and to return to normal. Unfortunately, however, that anticancer message or signal is often lost or obscured in a sea of competing protumor noise.

Hence, to amplify the signal-to-noise ratio in tumors requires a sort of biological megaphone, which one therapy, above all else, provides — armed oncolytic viruses. An oncolytic virus, with the prefix, “onco,” meaning tumors and the suffix, “lytic,” mean­ing lysis or destruction, is modified, repurposed, or re-engineered to spare normal tissues in favor of selective and specific infection, replication, and destruction of cancer cells. An “armed” oncolytic virus refers to one in which an additional DNA instruction has been inserted — that extra piece of DNA, called a transgene, which serves to stimulate the immune system, for example, when it is expressed as a protein, is copied and expressed repeatedly, thousands of times, even possibly tens of thousands of times, as the virus replicates in the tumor cells, amplifying or multiplying the anticancer DNA message, in a self-sustaining, rinse-and-re­peat cycle of infection, replication and lysis. To date, one oncolytic herpesvirus has received FDA regulatory approval, talimogene laherparepvec (T-VEC, or Imlygic®). Two other oncolytic viruses are also approved outside of the US: H101, an adenovirus for the treatment of advanced head and neck cancer in China, and Rigvir, an oncolytic reovirus approved for the treatment of ad­vanced melanoma in Eastern Europe.

A Type 5 experimental oncolytic adenovirus, referring to a modified agent of the common cold, called AdAPT-001, is under clinical investigation by our company, EpicentRx. AdAPT-001 was jointly invented by the company’s two viro-oncologists, Dr. Tony Reid, MD, PhD, CEO of EpicentRx, and Dr. Christopher Larson, MD, PhD, Vice President of Viral Manufacturing. The company is focused on two complimentary platforms, ADAPT™ and CyNRGY™, that act alone or in combination with other treatments to treat cancer and chronic diseases. AdAPT-001 is the lead can­didate of the ADAPT platform, into which different therapeutic transgenes have been inserted for the treatment not only of can­cer but also other non-cancer indications like COVID-19.

The NLRP3 and CD47 small molecule inhibitor, RRx-001, currently in a Phase 3 trial for the treatment of small cell lung cancer (SCLC) and a soon-to-be-initiated late-stage clinical trial for protection against radiation- and chemotherapy-induced oral mucositis, is the lead candidate of the CyNRGY platform. As an NLRP3 inflammasome inhibitor, RRx-001 is described as active in cancer as well as autoimmune and chronic inflammatory condi­tions like Parkinson’s, Multiple Sclerosis, and Crohn’s Disease.

AdAPT-001, which carries a TGF-b trap transgene, is currently under investi­gation in a Phase 1/2 clinical trial called BETA PRIME (NCT04673942) for the treat­ment of cancer both alone and in combi­nation with other immunotherapies.

Dr. Reid describes AdAPT-001 as “a megaphone that serves as a ‘force multi­plier’ against tumors, given that it robustly infects, replicates, and lyses them, and a ‘force nullifier’ against immunosuppres­sion in cancer due to the production and release of the TGF-b trap transgene whose function is to bind to or ‘trap’ the protein TGF-beta (TGF-b).”

In tumors, TGF-b is overexpressed to serve several functions, all of which are detrimental to the host: 1) immunosup­pression, a key determinant of therapeutic resistance 2) fibrosis, which compresses blood and lymphatic vessels, leading to reduced blood flow and hence, reduced drug transport including transport of checkpoint inhibitors and 3) angiogenesis, a sine qua non for tumor growth and metastasis.1

Dr. Reid is an internationally recog­nized oncolytic virotherapy thought leader who helped to develop the ONYX-015 adenovirus, precursor to the Chinese-ap­proved H101 adenovirus. The AdAPT plat­form is built on a foundation of several decades of knowledge accumulated from earlier iterations of oncolytic viruses that he was involved with either as lead clinical investigator at Stanford University and University of California at San Diego (UCSD) or as a virotherapy researcher. He chose to work with adenoviruses over vac­cinia, reoviruses, or herpes viruses firstly because the safety of oncolytic aden­oviruses has been confirmed in many clin­ical trials, many of which he conducted, with mild, temporary flu-like symptoms, eg, fever, tiredness, and chills as their main side effect and secondly because of their large gene-carrying capacity.2 As a virus, AdAPT-001 is highly immunogenic on its own, an effect that is augmented or amplified by the insertion of the TGF-b trap. Because the AdAPT viruses are engi­neered to specifically infect tumors, they are non-contagious for humans unless di­rectly injected.

The basic philosophical underpinning of the AdAPT platform is that the more the viral genome is altered, disrupted, or ed­ited, the less efficient infection and trans­mission becomes. This is logical because viruses have developed highly honed mechanisms over millions of years with which to best infect and replicate them­selves. Therefore, unlike several other on­colytic viruses in development or on the market, which are over-manipulated, leading to severe attenuation of viral repli­cation and a many-fold lower output of in­fectious particles compared to wild type or native virus, the AdAPT platform minimally disrupts the adenoviral genome, resulting in higher viral titers, increased lethality to tumor cells, and a faster and stronger im­mune response.3 Of particular interest to manufacturability and cost, the faster and the more efficient virus production is, the easier and cheaper it is to make it in-house, which our company is equipped to do in place of outsourcing to contract manufacturing organizations (CMOs).

Before initiation of the ongoing BETA PRIME Phase 1/2 clinical trial, our com­pany studied the efficacy, safety, and biodistribution of AdAPT-001 in immune-competent mouse tumor models. The re­sults showed that AdAPT-001 is safe, well-tolerated, and effective as monother­apy and in combination with an immune checkpoint inhibitor. Moreover, the TGF-b trap was produced in large quantities and circulated at high levels over weeks after treatment with AdAPT-001.4 AdAPT-001 not only increased the entry of cytotoxic T-cells into tumors, but also prevented the development of subsequent tumors on rechallenge with cancer cells and syner­gized with a PD-L1 checkpoint inhibitor (CI). The latter is especially important as it is well known that only a minority of pa­tients respond to CIs on their own. Hence, the search for a suitable checkpoint in­hibitor partner is on.

Despite all the hype and the excite­ment surrounding them, the reality is that checkpoint inhibitors (CIs) are ineffective against “cold” tumors such as glioblas­toma, ovarian, prostate cancer, and pan­creatic cancer, in which immune cells are sparse or absent; by contrast, CIs are far more likely to show activity in “hot” tumors with an abundance of immune cells.5 The rationale for EpicentRx to combine AdAPT-001 with a checkpoint inhibitor is based on the expectation, as shown in preclinical experiments that AdAPT-001 will “heat up” tumors with increased T cell infiltration and cytokine expression and, thereby, over­come resistance to CIs, particularly when mechanisms of immunosuppression pre­dominate, such as TGF-b overexpression, which is usually the case.

TGF-b is essential for wound healing because decreased inflammation, in­creased blood flow, and the formation of scar tissue are necessary for repair and resolution. Dr. Reid stated that “tumors are often referred to as ‘wounds that do not heal’ so it makes sense, in this context, not only that TGF-b is overexpressed but also that this chronic, constant overexpression from the nonhealing tumor wound may contribute, over time, to aggressive cell growth, and metastatic spread through immunosuppressive, fibrotic, and angio­genic mechanisms.”

As Dr. Reid explains, “tumors, by and large, manage to hide in plain sight. They are often imageable, of course, with CT or MRI scans but due to several factors, in­cluding the overexpression of TGF-b and other immunosuppressive cytokines and the fact that cancer cells derive from and resemble normal cells, the immune sys­tem, whose responsibility it is to recognize and eliminate cancer cells, fails to mount a response.”

Mechanistically, from the perspective of EpicentRx, the therapeutic potential of AdAPT-001 depends on several factors: first, on preferential lysis of tumor cells, second, on the resultant priming of a sys­temic anti-tumor immune response from the release of tumor-associated antigens, tumor neoantigens, and danger signals, and third, and perhaps most importantly, on the expression and release of the solu­ble TGF-b trap, which circulates in the bloodstream for weeks to reverse im­munosuppression from TGF-b overexpres­sion in the tumor wound.

Incredibly, the history of cancer im­munotherapy dates as far back as 2600 BC with the great Egyptian physician, Imhotep, who used a poultice followed by incision to elicit infection at the tumor site.6 Thousands of years later, at the turn of the 20th century, the equally impressive, Dr. William Coley, who is regarded as the “Fa­ther of Immunotherapy,” formulated a crude (and, as it turned out, due to issues with quality control, variably unsafe) anti­cancer vaccine, known as “Coley’s toxins,” from a heat-killed bacterial cocktail. Checkpoint inhibitors (CI) like pem­brolizumab (Keytruda®) and nivolumab (Opdivo®), which “release the brakes” on the immune system, are the culmination of these early, rudimentary efforts. That said, for all the paradigm-shifting hype that sur­rounds them, CIs are far from universally effective; in fact, only a small subset of pa­tients with certain immunogenic tumor types, such as advanced melanoma, renal cell carcinoma (RCC), and non-small cell lung cancer (NSCLC), benefit from them. Even those patients that initially derive benefit will eventually develop resistance. A marker of non-responsiveness to check­point inhibitors is the absence or low pres­ence of T cells in tumors, which are referred to as “cold.”7

EpicentRx developed AdAPT-001 to be readily manufacturable in-house at large scale, at high titers, and at low cost. De­pending on the results from BETA PRIME, which are expected in Q1 of 2023, an im­mediate hoped-for next step is to ap­proach the FDA for permission to start a Phase 3 trial, prior to a potential approval, in certain immunosuppressed, heavily fi­brotic tumor types, like pancreatic cancer, that are known to overexpress TGF-b.

In BETA PRIME, AdAPT-001 is directly injected into tumor masses. Based on pre­clinical data and potential evidence from the Phase 1/2 BETA PRIME clinical trial, EpicentRx expects to observe responses in non-injected tumors from the generaliza­tion of anticancer immune responses es­tablished in the injected tumor. In addition to intratumoral administration, AdAPT-001 is also well-suited to subcutaneous and even intravenous administration because the virus can synthesize high levels of TGF-b trap before it is cleared from the dermis or the bloodstream.

Cancer is a systemic disease, the eradication of which heavily depends on immune responses. In our opinion, to overcome impaired immune cell function and, hence, to increase the responsiveness to CIs likely requires a 3-in-1 therapy like AdAPT-001, which 1) eliminates cancer cells and, 2) releases neoantigens and danger signals even as it, 3) turns the can­cer cells into “factories” for the synthesis of the TGF-b trap. 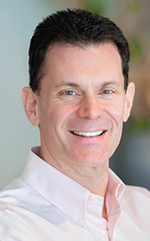