Peter G. Traber, MD, believes we are only at the beginning of understanding the full potential of gal-3 targeted therapy, and the future likely holds additional high affinity, specific, galectin inhibitors that are bioavailable by routes other than the two currently in development.

Contributor Cindy H. Dubin speaks with some of the leading companies in this market to find out about key trends, packaging advancements, safety improvements, and technology developments.

Robert A. Preti, PhD, discusses his company’s critical distinction from most other manufacturing partners, steady growth, and the primary challenges facing the cell therapy industry.

Frost & Sullivan Analyst Piyush Bansal says although chemotherapy has been successfully used for inhibiting cell growth throughout the past few decades, the side effects of chemotherapy have forced researchers to look for some alternative drugs (and how to effectively deliver them) for all types of cancer.

John L. Allinson, FIBMS, believes despite the increased use of biomarkers, it appears that many researchers are still continuing to use the FDA guidance document for validation even though it only critically addresses the validation of assays to support PK evaluation, and also has a limited scope described within the document in terms of studies where it should be used.

CLINICAL RESEARCH – Behind the Wave: Clinical Research in a Digital Transformation Era

Kai Langel believes the remote research model and purpose-built technology offer the tools and the right process to help modernize clinical research and bring it closer to the high standard set by today’s consumer technologies.

John A. Bermingham says with all the fake news today’s media expels at an alarming rate, CEOs should have a plan in place should it one day raise its ugly head in their company.

Ronald Aung-Din, MD, in view of many documented medical benefits of cannabinoids, but with widely persisting regulations, misinformation, and stigma associated with cannabis, searches for a non-cannabis-derived source of cannabinoid therapy, such as found in β-Caryophyllene.

Julian Aleksov, Executive Chairman of Oasmia Pharmaceutical, discusses his company’s efforts to enter the US market, its strategy to increase commercial adoption, and why it believes its underlying drug delivery system technology is significant not only within the oncology sector, but the entire pharmaceutical industry. 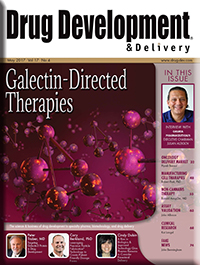