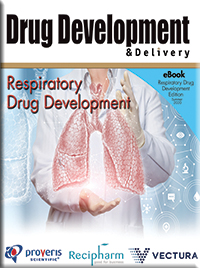 Jeffrey Marotte, MD, FACS, presents a proof of concept that the Madajet may be a suitable instrument to inject medication into Peyronie’s plaques.

Frost & Sullivan Analyst Cecilia Van Cauwenberghe, MS, reviews a few recent innovative approaches to controlled release technologies with a focus on some of the therapeutic areas most relevant to the current pharmaceuticals market.

BIOAVAILABILITY ENHANCEMENT – Out of the Shadows: Excipients Take the Spotlight; Part 1 of 2

Jörg von Hagen, PhD, believes it is critical for media manufacturers to have a process in place that can consistently deliver raw material and process quality to be able to deliver batch-to-batch consistent dry powder cell culture media that are scalable from kilograms to tons.

Srikanth Kakumanu, PhD, and Rajeev A. Jain, PhD, explain how an alternative ultrasonic processing technology allows manufacturing of liposomes of predetermined sizes and offers an efficient, isothermal, and non-contact process.

Philip J. Butler and Thorsten Cech investigate the gastric-resistant functionality obtained by applying a clear, two-component MAE coating formulation onto a tablet sub-coated with a pigmented instant-release coating and investigate the impact of hydrophilic and lipophilic plasticizers on the film characteristics of MAE-based coating formulations.

FORMULATION DEVELOPMENT – A Call for Collaboration to Meet the Bioavailability Challenge

ImmunoMolecular Therapeutics, Inc. recently announced the dosing of the first patient in a Phase 1 study of IMT-002, an oral small molecule drug designed as a selective….

Timber Pharmaceuticals, Inc. recently announced that all 11 sites across the US and Australia participating in the Phase 2b CONTROL study evaluating TMB-001 (topical isotretinoin) are now….

Bioasis Technologies, Inc. and Chiesi Global Rare Diseases recently announced they have entered into a worldwide, exclusive licensing agreement for the….