Strokes are the third leading cause of death in the United States and the leading cause of disability. Almost 800,000 Americans suffer a stroke every year; that’s a rate of one every 40 seconds. About 20% of strokes are fatal. Worldwide, strokes cause about 5 million deaths annually and leave another 5 million disabled. Smoking, high blood pressure, age, and atrial fibrillation are major causes of strokes.

There are two types of stroke: hemorrhagic and ischemic. A hemorrhagic stroke occurs when a blood vessel in the brain ruptures. Uncontrolled hypertension is the main cause of such strokes, but weakened blood vessels that usually cause hemorrhagic stroke are either aneurysms or arteriovenous malformations. Surgical treatment may be done to stop the bleeding. If the bleed is caused by a ruptured aneurysm (swelling of the vessel that breaks), a metal clip may be placed surgically at the base of the aneurysm to secure it, or the stroke can be prevented by shoring up the weakened vessel with a catheter that deposits a mechanical agent, such as a coil, to prevent rupture.

Ischemic strokes account for 87% of the total number of strokes. Related to them are “transient ischemic attacks, or TIAs, events wherein a clot temporarily blocks blood flow. These “mini strokes” are warning signs that need to be taken seriously.

The gold standard for treatment of ischemic strokes is tissue plasminogen activator, or tPA, also known as IV rtPA, given through an IV in the arm. tPA is the only FDA-approved treatment for ischemic stroke. tPA works by dissolving the clot and improving blood flow to the part of the brain being deprived of blood flow. If administered within 3 hours (and up to 4.5 hours in certain eligible patients), tPA may improve the chances of recovering from a stroke.

For some patients who have already received tPA treatment, an additional endovascular procedure may be an option. In a mechanical thrombectomy, a trained doctor will try to remove a large blood clot by sending a wired-caged device called a stent retriever to the site of the blocked blood vessel in the brain. To remove the brain clot, doctors thread a catheter through an artery in the groin up to the blocked artery in the brain. The stent opens and grabs the clot, allowing doctors to remove the stent with the trapped clot. Special suction tubes may also be used. The procedure should be done within 6 hours of acute stroke symptoms, and only after a patient receives tPA.

A significant number of stroke victims don’t get into the hospital in time for tPA treatments. tPA must be administered within 3 hours to ensure it has maximum effect because after the first few hours, the damage to sensitive brain tissue has already been done time is brain). As a result of this ticking clock, only 5%-7% of ischemic stroke patients receive tPA in time. For the others, medical attention comes too late. This is why it’s so important to identify a stroke immediately.

Obviously, a therapy that could extend that window would offer treatment options for any additional patients and improve outcomes immensely. However, finding better alternative treatments has been challenging. There have been only three positive Phase III randomized clinical trials in acute ischemic stroke, all reperfusion therapies (NINDS; PROACT II; ECASS III), and only tPA has FDA approval.

One way to possibly widen the treatment window is to improve tPA itself. Researchers explored the use of tenecteplase (TNK) tPA to safely treat this type of stroke (intracranial occlusion) before it progressed. The research presented during the American Stroke Association’s 2015 International Stroke Conference (ISC) in Nashville, TN, used TNK as opposed to alteplase. TNK is a mutant tPA with a longer half-life and higher fibrin specificity. Reports suggest TNK may be easier to administer and may have lower risks for intracranial bleeding. The research has yet to reveal whether TNK offers a much wider window.

STEM CELLS AS A MAGIC BULLET

Another option is to find something that works better than tPA, allowing for more time between the event and the treatment. Stem cells have been pitched as the magic bullet for numerous conditions for years. In the case of ischemic stroke, one company has actually made some headway in using them to widen the window. Athersys has a stem cell therapy called MultiStem, an IV administration treatment that uses stem cells from a donor to regenerate damaged blood vessels. In February 2016, it released the 1-year results from its ongoing follow up to a Phase II trial in its lead indication of strokes. A Phase II trial is scheduled to start before the year is over.

EXOTIC SOURCES FOR A TREATMENT

Researchers have gone to great lengths to find ways of widening the stroke-treatment window. In December 2008, Neurobiological Technologies abandoned clinical trials of ViprinexTM, derived from the venom of the Malaysian pit viper, for the treatment of acute ischemic stroke because they were unlikely to show benefit.

At Northeastern State University in Oklahoma, researchers have grafted DNA from bats into tobacco plants to create a protein that breaks up blood clots. To the unvitiated, this may sound bizarre, but tobacco plants were used to treat Ebola just last year.

“Vampire bats lick the wound of an animal to keep it from clotting, so that they can keep drinking from that blood,” graduate student Damien Hall said. “Using that concept, using their saliva to keep a stroke from clotting in order to keep someone alive is almost the same.”As the plants grow, a protein develops inside the leaves. The leaves are eventually ground up, filtered and turned into the drug that can be injected into patients shortly after a stroke. “As soon as it touches the clot, that protein dissolves that clot,” Hall said.

After vipers and bats, urine-sourced products don’t seem that strange. A urine-extracted form of the kallikrein-1 (“KLK1”) protein, trade name Kailikang®, has been approved for the treatment of acute ischemic stroke in China. DiaMedica estimates over 40,000 patients are treated each year.

DM199 is a recombinant form of the kallikrein-1 (KLK1) protein. DiaMedica, which produces DM199, believes its drug offers significant benefits over the urine-sourced product, including the removal of any product supply constraints, very low manufacturing costs, reduced risk of endotoxins, and a product capable of meeting the regulatory requirements for worldwide use. A subcutaneous formulation of DM199 may also make the treatment much easier to administer compared to intravenous administration.

Diamedica believes DM199 could widen with treatment window to as much as 48 hours, and when used in combination with tPA, the results could be even better. DiaMedica has completed several safety and toxicology clinical trials with DM199, establishing an excellent safety record with its single-ascending and multiple-ascending dose trials. DM199 has also established maximum dose-limiting tolerability of orthostatic hypotension at the very high dose levels, which is expected and consistent with the mechanism. There was no anti-drug antibody response after 28 days of therapy, and the formulation is free of endotoxin complications. DiaMedica is preparing a bridging clinical study to select the dose comparable to the approved Kailikang® dose.

The treatment of ischemic strokes hinges on getting tPA into the patient within just a few hours of the stroke occurring. The drug works, of that there is no doubt – but getting to the hospital in time for it to work quickly requires a great deal of luck. Anything that buys the patient more time is worth pursuing. Time lost is still brain lost. 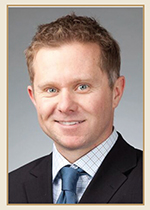 Rick Pauls was appointed President and CEO of DiaMedica in July 2009 and has been Chairman of the board of directors since 2008. Mr. Pauls was previously the Co-Founder of CentreStone Ventures Inc., an early stage life sciences venture capital fund. While with CentreStone, Mr. Pauls led the investment in DiaMedica and Sanomune Inc., both named among Canada’s Top 10TM Life Science Companies and LED Medical Inc., winner of Red Herring Canada 50 award in the Health category. Prior to CentreStone, he was with Centara Corporation, another early stage venture capital fund. Prior to his involvement with venture capital, Mr. Pauls specialized in asset-backed securitization and structured finance at the General Motors Acceptance Corporation in Minnesota. He earned his BA in Economics from the University of Manitoba and his MBA in Finance from the University of North Dakota.