A record-high attendance of 1,000 radiology directors and managers convened at the 2015 Annual Meeting of the Association for Medical Imaging Management (AHRA 2015) — and not just because it was held in Las Vegas. Radiology is going through interesting times. Under the coordinated care paradigm that is gradually emerging in the US, as well as all the changes forced on volume-based economic models. The medical imaging enterprises are under a great deal of pressure to redefine their goals and reassess their value. The one main connecting thread that transpired from the AHRA 2015 sessions and show floor was Patient-Centric Radiology. Under this overarching theme, two main axes — care quality and patient safety, as well as population health — were central to our top three conference takeaways:

-Community-wide commitment to radiation dose reduction and patient dose monitoring continues, within and beyond the CT modality area. Interventional radiology, general radiography, and mammography are being integrated as part of more comprehensive multi-modality dose management programs. The urgency is mounting for having the means to bring nuclear and molecular imaging (SPECT, PET) into the picture as well.

-Low-dose Lung Cancer CT screening presents a major new opportunity for radiology to play a central and proactive role as part of broader population health management efforts. New screening programs are being developed at an increasing pace since the recent reimbursement approval by CMS, and will increase exponentially when the new associated CPT codes are actually released.

-Ongoing developments on the legislative front (Stark Amendment, Anti-kickback Statute, Sunshine Act), on the regulatory front (NEMA, Joint Commission, FDA, ACR) and on the payment front (fee-for-value reimbursements, capitation) are collectively stressing the urgency for more robust utilization management in medical imaging. This industry-wide push will be further reinforced by the Protecting Access to Medicare Act of 2014 (PAMA), while the CMS will materialise this mandate when it defines the appropriateness criteria (expected November 2015) and the approved mechanisms (expected April 2016) for advanced imaging clinical decision support (CDS).

Patient-centric radiology implies a deep transformation that touches every aspect of medical imaging operations. It is driving considerable changes in the way medical imaging services are ordered by physicians (online decision support), the reasons why they are ordered (data-driven appropriateness criteria), the way they are delivered (within multi-disciplinary care teams), the way they are perceived (as a cost driver needing justification), and the healthcare providers’ expectations from these services (to add value to population health efforts throughout the care continuum).

As importantly, the shift to more patient-centered care delivery models elevates the patient to the forefront of medical imaging’s value proposition. Patients are gaining influence and becoming an additional stakeholder to reckon with in imaging decisions. They are being empowered as part of population health efforts, while being more penalized for driving healthcare costs upward through higher co-pays. In this context, patients are being addressed more directly through targeted marketing efforts (low-dose, comfort, cost savings, screening compliance), are gaining more pricing transparency as consumers of imaging services, and are growing more aware of the risks and benefits of various imaging procedures.

While radiation dose continues to steal the show in the patient safety arena, significant new clinical research is shedding a spotlight on contrast agent safety, particularly in the area of magnetic resonance imaging (MRI). These ongoing developments are further strengthening the rationale for not limiting these efforts to radiation dose alone, but for monitoring and managing contrast doses as well.

GADOLINIUM-BASED CONTRAST AGENTS & PATIENT SAFETY, A CLEAN RECORD UP UNTIL 2006

Awareness about the toxicity of Gadolinium is not new. Gadolinium-based compounds, the most commonly used agents for contrast-enhanced MRI, have always been known to have potentially toxic effects if Gadolinium is left free-floating in the human body. This occurs, if and only if Gadolinium molecules were to be released from their wrapping structure, the chelate, before being evacuated in urine.

However for the longest time, it was believed commercial Gadolinium-based contrast agents (GBCAs) used chelates robust enough to wrap Gadolinium long enough to fulfill its entire journey, from intravenous injection through ejection by the kidneys. These GBCA compounds were thought to leave the body without leaving a trace, and they were considered an efficient, risk-free pharmaceutical that fulfilled its role as a contrast agent without any harm or drawback.

In 2006, major new clinical research findings brought to light a potentially harmful effect of Gadolinium-based compounds on the non-healthy kidney, linking its prolonged use with the development of nephrogenic systemic fibrosis (NSF). Several clinical studies concurred in raising a red flag on the use of MR contrast agents on patients with kidney insufficiency, which rapidly materialized into new clinical guidelines to exclude these patients from any contrast-enhanced MR procedure. These guidelines were enforced through a black box warning by the FDA on May 23, 2007, which affected every existing GBCA product on the market without making any specific distinction between each individual product.

For obvious reasons, this blanket approach to a regulatory measure was not well received by the industry vendors. Under European guidelines, one argument put forth by its detractors, categorizes patients into low-, medium-, and high-risk patients, there are still three GBCA products approved, even for high-risk patients. Further, some vendors attest that none of administered doses containing their product can be linked to NSF or other kidney disorders.

During 2014 and 2015, a new series of breakthrough clinical research findings from various parts of the globe came in to disrupt the lay of the land in the GBCA marketplace. Several studies originated over the past 18 months from Japan (the Kanda study from Teikyo University of Medicine, Tokyo), Italy (the Errante, Mallio, and Quattrocchi study) and Germany (the Gries study from Heidelberg Medical Center). Collectively, these studies have already established clearly two facts:

-Gadolinium residues are actually accumulating in the brains of patients who undergo multiple contrast MR exams (both brain and non-brain) during the course of their lifetime.

-Less-stable chelates are much more prone than stable agents to lead to long-term Gadolinium depositions in the brain. These residues were seen post-mortem under T1 hyper signal in patient studies.

While clinical studies have not yet established the harmful effect of the accumulation of brain residues, they are raising eyebrows in the medical imaging community. What if the more than 100 million doses of GBCA-enhanced MR procedures performed over the past 25 years are actually harmful to patients?

At a time when radiation dose safety, notably from Computed Tomography (CT) imaging, is the safety concern stealing most of the attention, other modalities are being scrutinized as well. In this specific case, a growing concern for patients who undergo a large number of MRI exams. Multiplesclerosis patients would be one example of the most vulnerable populations.

While a careful wait-and-see attitude seems to prevail right now in the imaging community, the ongoing developments are bringing the strength and stability of commercially available GBCA chelates to the forefront of current discussions. Two attributes are used to classify each GBCA product into four product categories with varying levels of strength and stability: Linear (Open Chain) versus Non-Linear (or Macrocyclic or Closed Chain) GBCAs and Ionic versus Non-Ionic GBCAs.

Of the four categories, macrocyclic ionic is the most stable; they have the strongest ligand complexes for a chelate, which translates into better fixation or enclosure of Gadolinium.

The confluence of two major elements is putting the market for GBCAs in a typical catch 22 situation, which may be hinting at an imminent shake-up in the competitive landscape:

-The GBCA market is largely price-driven; it is highly influenced by group purchasing organizations (GPOs) having long-established, high-volume, and heavily negotiated contracts with providers.

IN THE MIDST OF UNCERTAINTY, BIG QUESTIONS ARISING

Some of the big questions in the current context are: Will the market react to these initial clinical research findings by shifting toward more stable products, regardless of price differentials? Would a market shift start to occur even before the risk posed by Gadolinium brain depositions is clearly determined through potentially upcoming studies? Are we facing a similar scenario as in 2006, or will any potentially upcoming regulatory measures distinguish between individual MR contrast products this time? If that is the case, will radiologists need to take more ownership of patient referrals to contrast-enhanced MR procedures? If radiologists are to be responsible, how will legislators deal with their concerns regarding the Stark Amendment Law, which is making them shy away from getting too closely involved from imaging orders? That is the one golden question that Kanal and Tweedle raised in their recent and highly controversial article published in Radiology. 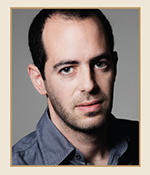 Nadim Michel Daher is a Principal Analyst with Frost & Sullivan’s Advanced Medical Technologies practice, specializing in medical imaging informatics and modalities. With almost a decade of industry expertise covering North American and Middle Eastern markets, his knowledge base covers radiology, PACS/RIS, advanced visualization, IT middeware, teleradiology, as well as CT, MRI, and ultrasound technologies. He earned his MS in Biomedical Engineering from the University of Southern California.