Jim Huang, PhD, explains how recently, lipid nanoparticles have emerged as a drug delivery system for biologicals, especially for the COVID-19 mRNA vaccines in which LNPs play a vital role in transporting mRNA into the target cells.

David Hughes, PhD, says ultimately, the goal of OOC technology is to improve the translatability of data between the lab and the clinic. Through a lung-on-a-chip approach, it is possible to recreate the histoarchitecture, phenotype, and function of bronchial and alveolar areas of the lung.

EXOSOMES – The Next Evolution in Therapy Delivery Beyond the Cell Membrane: The Promise of Exosomes

Linda Marbán, PhD, says perhaps the best way to get past the cell membrane is to deliver contents the same way that cells send information to each other. And that is by the exosome, which in the case of targeted therapy delivery, has been identified as an alternative that shows powerful promise.

Julie Suman, PhD, Sebastien Cordier, and Estelle Verger discuss the properties of the ETFE film coating technology used for PremiumCoat(R) vial stoppers and pre-filled syringe plungers. When combined with pure Bromobutyl formulation, the film forms a barrier that can reduce the number of leachables transferred into the solution, and their quantity by up to 98%.

Nancy Lurker, President and CEO of EyePoint Pharmaceuticals, discusses how she is not only working to disrupt treatment paradigms in ophthalmic drug delivery, but also disrupting leadership paradigms as a female CEO of a company with 2020 total revenues of $34.4 million.

Nicola Alagia explains why cybersecurity is important for con­nected medical devices and how to integrate ad hoc activities to tackle cybersecurity in the early phases of product development.

Ian Jenkins, Director of Science, and Jeff Moses, CMO at GATC Health, discuss the combined benefits of their MAT platform and Liquid Biosciences’ Emerge mathematical evolution platform to help identify the right biology sooner and focus on a smaller set of potential compounds early in the pre-clinical development process to enable pharma companies to develop drugs with more efficiency and a higher success rate.

GALECTIN INHIBITORS – Is a Galectin-3 Inhibitor the Answer for Millions of Patients With Cirrhosis & Cancer?

Pol F. Boudes, MD, explains how development of a galectin-3 inhibitor could play a significant role in treating liver diseases, such as non-alcoholic steatohepatitis (NASH) and its complication, liver cirrhosis.

BIOMARKERS – Biomarkers: The Guiding Light for R&D in Heterogeneous Diseases

Thomas Turi, PhD, says while biomarkers have been a long-standing part of R&D and a mainstay of clinical practice for the characterization and diagnosis of disease for decades, they are increasingly playing a crucial role in guiding decisions to improve efficacy and efficiency of clinical trials. 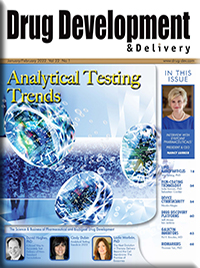