Every year, drug companies large and small make the tough decision to stop developing a promising molecule based on mixed signals from the US Food & Drug Administration. To my knowledge, no one has ever tallied the number of development projects that have been shelved in the wake of such setbacks. But there’s an even more intriguing statistic that market analysts might try to uncover. It’s the number of projects that are suspended after a disappointment, then resurrected to treat an entirely different illness. I’d like to describe one such treatment – a drug that might have slipped into obscurity if the team at NPS Pharmaceuticals had accepted defeat. Instead, the medicine has received an extraordinary second chance to address a different, and significant, unmet medical need.

The drug, Natpara, is a bioengineered version of human parathyroid hormone (PTH) that closely mimics the action of the natural hormone. In the body, PTH is the principal regulator of calcium and phosphorous. People with hypoparathyroidism have lost the ability to produce this molecule in adequate amounts – or at all – either due to a surgical mishap or because of an autoimmune condition. They often suffer a litany of woes ranging from acute fatigue and muscle pain to cognitive impairment and depression. Some go on to develop more chronic problems of renal calcifications and stones, seizure disorders, and bone abnormalities.

Of all the classic endocrine disorders, hypoparathyroidism is the only one for which there is no approved replacement therapy, nor is there a national or international consensus on how to manage the illness. Indeed, the current standard of care – large daily doses of calcium and vitamin D – brings risks of adverse events, such as renal failure, that can be far worse than the deficiency itself.

We believe this gap may soon be filled. Phase III clinical data on Natpara, some of which were released at ENDO, the Endocrine Society’s annual meeting in mid-June 2013, strongly suggest that the bioengineered hormone is well tolerated and significantly reduces the need for supplementation, while maintaining or normalizing serum calcium. Our presentations at ENDO 2013 also included data from the largest and most comprehensive research thus far analyzing the burden of illness for hypoparathyroidism. We filed a Biologic License Application (BLA) with the FDA in October 2013.

By any measure, hypoparathyroidism is a miserable state of being – one that afflicts approximately 50,000 people in the US. It’s a rare disease, but like so many illnesses in that class, the frequency with which it strikes is a poor yardstick for the suffering it causes. As the patient’s serum calcium levels plummet, there are burning sensations in the extremities, muscle aches, cramps, anxiety, depression, seizures, and sometimes heart failure and other long-term complications.

We documented this progression at the ENDO 2013 meeting in a survey called PARADOX that assessed the ailment’s clinical, social and economic impact on patients.1The research, which NPS carried out in collaboration with the Mayo Clinic and the Hypoparathyroidism Association, involved surveying 374 patients with the illness over a period of several weeks. Nearly every patient (99%) reported experiencing multiple symptoms despite taking medications like calcium and vitamin D supplementations. Some 82% of patients reported experiencing fatigue. More than three-quarters noted muscle pain, spasms, and some version of pins-and-needles, which is also known as paresthesia. Cognitive and emotional symptoms plagued the majority of patients with 72% of patients reporting brain fog or mental lethargy.

PARADOX further proved what many of us have suspected: The current “management” can be worse than the disease. The oral calcium doses can become a torment: one patient noted taking upward of 48 pills every day in order to raise serum calcium levels. Long- term treatment with such a course can lead to organ calcification and renal failure – and may not relieve the disease symptoms. In our research, nearly 70% of patients suffered comorbid conditions, including heart arrhythmias and kidney stones.

Researchers generally point to two disruptive events connecting the lack of sufficient PTH to calcium deficiency. Shortage of the hormone leads to a renal malfunction that makes it hard for the body to produce active vitamin D and absorb dietary calcium. At the same time, loss of PTH results in excessive calcium excretion through the kidneys.2 The imbalance in the metabolism of phosphate and calcium leads to dire reduction in the rate of bone turnover, as well as soft tissue calcification. In the most detailed survey of the subject to date, researchers described how the disruption in mineral homeostasis leads to an increase in bone mass in the cancellous and cortical compartments.3

In addition to sharing the results of the PARADOX study at ENDO 13, researchers involved in the Natpara clinical trials provided an update on a study called REPLACE, a Phase III registration trial examining the drug’s safety and efficacy. Dolores M. Shoback, MD, a professor in residence at the University of California, San Francisco School of Medicine, presented a poster showing that at the end of a 24-week treatment period, 43% of patients on the drug (36 out of 84) were able to reduce or halt vitamin D therapy and significantly curb calcium supplementation.4 The ratio of patients on placebo who achieved similar reductions was just 5% (two out of 37). And the rate of adverse events in the two arms of the trial, Natpara and placebo, were comparable. These encouraging results are broadly comparable to what we are seeing in an open-label extension trial in the US called RACE, in which some 50 patients are taking Natpara every day – some of them for as long as 2 years.

THE BIRTH OF PTH

The curious history of recombinant human PTH holds lessons for biotech companies that find themselves at a drug development crossroad. NPS acquired the molecule in 1999 when it bought a Toronto-based company, Allelix Bioharmaceuticals. At the time, we had an internal team that was investigating calcium receptors. The acquisition strengthened that effort by adding a group of talented scientists who were starting to develop PTH as an osteoporosis treatment.

The program got off to a good start in the US and Europe. By 2004, we’d formed a collaboration with Nycomed, a Danish pharmaceutical company later acquired by Takeda Pharmaceutical of Japan. This gave NPS a development and commercial partner in Europe and other markets. In 2005, we filed an NDA for osteoporosis in the US and Nycomed filed in Europe. A year later, the molecule was approved and launched in Europe as Preotact, at 100-microgram dose, to treat osteoporosis in postmenopausal women.

Just as Preotact went on sale in Europe, however, the FDA came back with an approvable letter requesting an additional trial. The panel was concerned that too high a dose of the drug could lead to hypercalcemia and requested additional Phase III data. A new Phase III trial would consume scarce funds. Worse, it would place us several years behind a competitor – a major drug company that had just begun selling a therapy for osteoporosis that, superficially, resembled ours. While our version of PTH is a replica of human PTH and contains the entire chain of 84 amino acids, the rival drug was a fragment just 34 amino acids in length. Our opponent’s head start was a crippling competitive blow. Our only course was to retrench and consider fresh options.

The new path we took, focused on hypoparathyroidism, owes a great debt to the work of John P. Bilezikian, MD, Associate Chair of the Department of Medicine at Columbia University’s College of Physicians and Surgeons, and a leading expert in metabolic bone diseases. In 2004, he and his colleagues began dosing hypoparathyroid patients every other day with 100 micrograms of our whole PTH molecule. In 2007, just as NPS was shifting its strategic focus toward the orphan drug space, Dr. Bilezikian shared results showing that hypoparathyroidism patients on PTH had significant improvement (even on every-other-day therapy) though it was clear the dose and frequency might need to be adjusted.

This development presented a welcome opportunity that fit with the company’s redefined strategy. With no replacement therapy available, hypoparathyroidism was the very definition of an unmet medical need. It’s hard to imagine a patient choosing a daily course of many pills several times per day to treat only a portion of the symptoms, while remaining exposed to all of the associated risks. How would such a regimen ever be preferable to a single daily injection in the thigh that could restore hormone balance? In 2007, we went back to the FDA with a program to test PTH, which we have since supportive. We wrote the protocol and enrolled the first patient in our pivotal REPLACE study at the end of 2008. 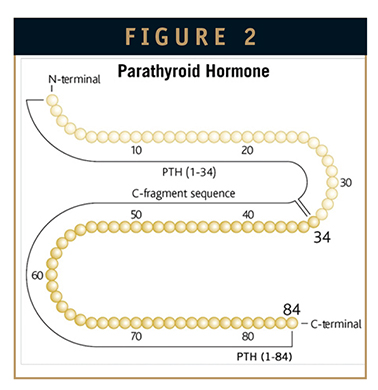 In Europe, patients inject Preotact with a pen that holds 14 once-a-day 100-microgram doses. In the US, we used the same system in initial trials, but we have now switched all patients over to an entirely new pen system, which is the basis for the drug/device BLA we put before the FDA. The pen has proved highly versatile in our trials, which had an adaptive structure that conforms to the FDA’s concept of small-and-flexible trial designs. Because not all patients require the same dose of PTH, we developed four dosing strengths, allowing for individual titration. In most cases, we would start the patient at 50-micrograms a day, then up-titrate as the patient gradually achieved normal serum calcium levels while reducing dependence on calcium and vitamin D. Patients have tolerated the transition well, compliance has been excellent, and dropout rates were very low.

As Dr. Bilezikian and others have pointed out, trials of PTH replacement therapy have not answered every functional and morphologic question a scientist might ponder. We can’t say how the therapy changes skeletal microstructure and qualities of bone mineral in patients with the deficiency. Our ability to precisely correlate markers of bone turnover with biopsy readouts is still cursory. And what about long-term use? Does PTH therapy protect the kidney over time? And what quality-of-life improvements might we see in five years, or in 10?

I believe these important puzzles will be resolved over time. Meanwhile, the merits of a therapy that replaces a missing biologic component over perpetual dosing with calcium and vitamin D supplements seem incontrovertible. In trials connected to NPS, and in others I’ve observed, replacement therapy not only lowers the risk of hypocalcemia and hypercalciuria, but also may have the potential to reduce the likelihood of calcium deposition in the kidneys and other soft tissues. As this narrative portrays, our hopes at the beginning of our journey were quite different from the hopes we hold for Natpara today. We learned, at an early point, that recombinant PTH was unlikely to play a role in curing osteoporosis. On the other hand, I believe we’ve demonstrated that science sometimes offers up a second chance – the opportunity to aim a powerful medicine at an entirely different population of patients from those originally identified. In the orphan drug business, seizing such opportunities can deliver the greatest rewards. 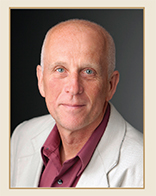 Dr. Roger Garceau is the Executive Vice President and Chief Medical Officer for NPS Pharmaceuticals, joining the company in December 2008 and bringing over 20 years of broad pharmaceutical industry experience to his position. From 2002 to December 2008, Dr. Garceau served in a number of senior leadership positions at sanofi-aventis and most recently was Vice President of the New Products group. Previously, Dr. Garceau held various positions, including Vice President of Clinical Operations, Interim Head of North American Medical and Regulatory Affairs, and Head of US Medical Research, where he led a team of over 200 professionals and oversaw the design and execution of over 50 sponsored clinical trials in 5 different therapeutic areas. Prior to his tenure at sanofi-aventis, Dr. Garceau spent 16 years with Pharmacia Corporation in Global Development and Medical Affairs, where he successfully contributed to a number of marketing applications. Dr. Garceau is a board-certified pediatrician. He earned his BS in Biology from Fairfield University in Fairfield, CT, and his MD from the University of Massachusetts Medical School. He is a Fellow of the American Academy of Pediatrics.