According to the Centers for Disease Control and Prevention (CDC), about 90% of genital warts begin with infection by the human papilloma virus (HPV). HPV is a sexually transmitted infection (STI.) Transmission of HPV may occur even if the warts are not visible. It usually spreads by direct contact with the anus, mouth, penis, or vagina of an infected person. Intercourse is not necessary to spread the infection. It can also be transmitted by skin-to-skin contact. In general, genital warts are known to spread relatively easily among partners.

Usually, HPV infection can be eliminated in a healthy individual by their immune system within about 2 years of infection, without treatment. However, certain high-risk human papilloma virus strains may cause persistent infection that can lead to local abnormal changes in the infected and surrounding tissues, which if untreated, can develop into a cancerous lesion, particularly in immune-compromised individuals. Men and women who have HIV are therefore at a higher risk of developing cancer, which may include cancers of the cervix, vulva, vagina, penis, and anus. It is now accepted by the scientific community that some head and neck cancers are also associated with HPV infection.

Much attention has been focused on diagnosing and following the development of cervical intraepithelial neoplasia (CIN) following HPV infection. Efforts have been made by the scientific and medical communities to better understand and treat CIN with the aim of curbing its progression to cervical cancer. With the advent of cervical Pap smear and HPV testing and screening in various regions in the world, the incidence of cervical cancer has declined.

It is estimated that there are currently approximately 1,148,200 HIV-infected adults (men and women) in the US (CDC; http://www.cdc.gov/hiv/resources/factsheets/us.htm). To try to estimate the range of individuals with high-grade AIN in the HIV/HPV-infected adult population (in the US), the following methodology was employed:

-The target patient population began with the total number of HIV-infected men and women in the US.
-Next, the HIV-infected population was split into three groups (MSM, women, and all others).
-Then each group was broken down into the percentages that are co-infected with HPV.
-Finally, each group that was determined to be co-infected was broken down into the percentages that were diagnosed with AIN.

Of the total HIV-infected population, about 597,064 are MSM (men sleeping with men) and about 287,050 are women. About 23% or 264,086 represent all others. Taking into consideration the variable estimations of different infected populations and using the aforementioned methodology, this leads to a calculated range of 94,594 to 372,086 individuals (both men and women) in the US who are likely to have high-grade AIN in the co-infected HIV/HPV population.

HIV treatment has now progressed to the point that it could be considered a “manageable” disease in most patients (ie, patients can live with the disease for a long period of time with relatively good quality of life). As a result, HPV infection is surfacing as a rapidly growing problem in the HIV-infected population. The prevalence of AIN can only be estimated from surveying the available scientific literature (see above) because there seemingly is no comprehensive source(s) of information for estimating the prevalence of HIV/HPV co-infected individuals. The incidence of anal warts in HIV/HPV co-infected patients is likely to be larger than the estimated incidence of high-grade AIN, but apparently at present there is insufficient literature to accurately document this estimate.

The Naval Medical Center San Diego, a referral center of excellence for HIV/AIDS care of active duty, family members, and retired individuals since the start of the HIV epidemic in the 1980s, is investigating the use of an immunotherapy against AIN in HIV/HPV co-infected individuals, specifically, Leukocyte Interleukin, Injection (LI) [Multikine®], an investigational new drug product that is produced by CEL-SCI Corporation.

A Cooperative Research and Development Agreement (CRADA) between the US Naval Medical Center, San Diego, and CEL-SCI will involve a Human Subjects Institutional Review Board approved Phase I dose escalation study of Multikine in HIV/HPV co-infected men and women with peri-anal warts. Multikine is currently being investigated for the neoadjuvant/adjuvant treatment of previously untreated (Treatment Naïve) cancer patients with Locally Advanced Squamous Cell Carcinoma of the Head and Neck. Phase I clinical trials have also been performed with Multikine in male and female HIV-infected subject volunteers and in women volunteers with cervical dysplasia who were infected with both HIV and HPV. The results of the Phase I Study of females who were HIV/HPV co-infected led by Dr. Edmund Tramont, currently an Associate Director for Special Projects for DCR/NIAID/NIH, suggest that the Multikine treatment regimen might be useful in clearing HPV- and HPV-infected tissue and lesions of the cervix, which if not treated, could lead to cancer of the cervix.

HOW DOES IT WORK?

Multikine (LI), is a complex biologic product that contains a mixture of naturally derived and naturally occurring human pro-inflammatory cytokines (including IL 2, IL-1-beta, GM-CSF, TNF-alpha and IFN-gamma, and other small biological molecules) with immunomodulatory activity. Each cytokine in this mixture has a distinct effect on the host and the tumor, and the sum of all of these effects are thought to affect solid tumor destruction in cancer patients. The pro-inflammatory cytokines in Multikine also have the potential to activate an array of anti-infective responses in treated individuals, which are thought to be required in order to be able to clear infections. The therapy is administered locally, percutaneously (peritumorally and perilymphatically to cancer patients) and aims to elicit a maximal immune response. In the studies of peri-anal warts that are currently being considered, Multikine would be injected perilesionally at the base of the anal-wart. The hope is that a strong local specific immune response would develop that will result in the elimination of the anal-wart and impact the underlying cause of disease, the HPV persistent viral infection, while at the same time, it may also have an impact on the AIN status of the subject volunteers.

The purported mechanism of action of Multikine (Figure 1) has been published by Timar J et al, 2005, in the Journal of Clinical Oncology (JCO). It describes how the local/regional injection percutaneously (peritumorally and perilymphatically injection) of “mixed interleukins” overcomes local immune suppression (induced by the tumor), is thought to break- tumor-tolerance to tumor antigens, changes tumor cellular immune infiltrate, and affects the tumor microenvironment, allowing for an effective and sustainable local anti-tumor immune response. HOW MULTIKINE TREATMENT MIGHT LEAD TO THE “KILLING” OF HPV-INFECTED CELLS? (A HYPOTHESIS)

The pro-inflammatory cytokines, such as TNF-alpha (in Multikine) may also activate transcriptional factors (such as NF-kB). A critical downstream target of NF-kB gene encoding for IL-6 (a cytokine also known to be present in Multikine), which stimulates an array of anti-infection processes, including the synthesis of acute phase protein (CRP), proliferation of B cells, neutrophil production, and differentiation of Th17 helper T cells, all of which are thought to be necessary to bring about an anti-infective response. In addition, IFN-gamma (also present in Multikine) has been shown to have specific anti-viral activity (including anti-HPV activity), where studies conducted (by others) with the administration of purified or recombinant IFN-gamma directly to or in the vicinity of HPV-warts have shown lesion regression accompanied by activation of T-cell mediated immune response, with influx of activated T lymphocytes. This same/similar clinical and histological manifestation has already been shown previously with the administration of Multikine in the HIV/HPV CIN population.

Many agree that the goal of HIV care is empowering people to live well (long and productive lives) with the virus. When it comes to the risk of developing HPV-related cancers, HIV positive individuals need expanded arsenals that will be able to address their specific needs. The various clinical trials conducted aim to provide answers for those needs. 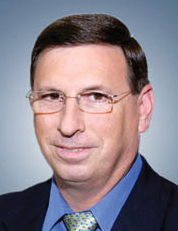 Dr. Eyal Talor joined CEL-SCI in October 1993 as Senior VP for Research and Manufacturing. In October 2009, Dr. Talor was promoted to CSO. He is a Clinical Immunologist with over 19 years of hands-on management of clinical research and drug development for immunotherapy application; preclinical to Phase III, in the biopharmaceutical industry. His expertise includes biopharmaceutical R&D and biologics product development, GMP manufacture, quality control testing, and the design and building of GMP manufacturing and testing facilities. He served as Director of Clinical Laboratories (certified by the State of Maryland) and has experience in the design of clinical trials (Phase I-III) and GCP requirements. He also has broad experience in the different aspects of biological assay development, analytical methods validation, raw material specifications, and QC tests development under FDA/GMP, USP, and ICH guidelines. He has extensive experience in the preparation of documentation for IND and other regulatory submissions. His scientific area of expertise encompasses immune response assessment. He is the author of over 25 publications and has published a number of reviews on immune regulations in relation to clinical immunology. Before coming to CELSCI, he was Director of R&D and Clinical Development at CBL, Inc., Principal Scientist – Project Director, and Clinical Laboratory Director at SRA Technologies, Inc. Prior to that, he was a full-time faculty member at The Johns Hopkins University, Medical Intuitions; School of Public Health. He has invented technologies covered by 2 US patents; one on Multikine’s composition of matter and method of use in cancer, and one on a platform peptide technology (Adapt) for the treatment of autoimmune diseases, asthma, allergy, and transplantation rejection. He has patents issued on Multikine in the EU, Japan, and China. He also is responsible for numerous product and process inventions as well as a number of pending US and PCT patent applications. He earned his PhD in Microbiology and Immunology from the University of Ottawa, Ottawa, Ontario, Canada, and had post-doctoral training in clinical and cellular immunology at The John Hopkins University. He holds an Adjunct Associate post-graduate teaching position at the Johns Hopkins University Medical Institutions.