Antibody drug conjugates (ADCs) are known to be strong and powerful tumor- killing agents with targeted therapy and minimal side effects for cancer patients. ADCs are capable of optimizing the best features of the cell-killing potential and higher tumor selectivity, thus increasing the tolerability by limiting the systemic exposure. ADCs are monoclonal antibodies (mAbs) attached to therapeutically active drugs by chemical linkers that can be cleaved easily in vivo in the tumor cell.1 The combination of the unique targeting of mAbs with the cancer-killing ability of cytotoxic drugs allows ADCs to discriminate between normal healthy and disease-affected cell or tissue.2

ADCs can be custom designed to target antigens that are expressed on the cell surface, with multiple mechanisms of action involving cytotoxic anti-cancer activity toward targeted delivery. The mAb component can prevent cell signaling in cancer cells, or induce apoptosis. To date, two ADCs have secured market approval from regulatory agencies. Brentuximab vedotin/Adcetris is used in relapsed or refractory Hodgkin’s lymphoma and relapsed or refractory systemic anaplastic large cell lymphoma. This ADC was developed by Seattle Genetics and targets the cell membrane protein CD30. It has valine-citrulline cleavable linker and cytotoxic anti-mitotic monomethyl auristatin E (MMAE). The MMAE unit is connected to an antibody through the peptide linker, which provides stability to the ADC by not letting the drug cleave under physiological conditions and thus prevents the healthy cells from being exposed to toxic drugs. The peptide antibody drug bond is rapidly cleaved inside the tumor cells to release the cytotoxic drug. The second ADC approved by FDA is Trastuzumab emtansine/Kadcyla, marketed by Genentech and Roche.

The first step towards successful development of an ADC is a comprehensive understanding of the cancer biology and the identification of the proper target antigen for the tumor type. The development of an ADC is a design-driven and continual process. First-generation ADCs were targeting selectivity with traditional chemotherapeutic agents, such as vinca alkaloids and doxorubicin and linking them to mAbs with limitations of linker stability, resulting in low potency with reduced efficacy. Insufficient internalization and insufficient serum concentrations were also attributed toward unstable linkers. Failure to choose an appropriate target antigen that was sufficiently overexpressed on the target cell surface led to low concentrations of the ADC inside the tumor cell.3 Linkers are designed to prevent the release of the cytotoxic drugs into circulation. Linker stability in circulation is critical because it controls the distribution and delivery of the cytotoxic drug to the target cell. Studies suggest that the selection of a linker should depend on the tumor type, the cytotoxic drug selected, linker stability in circulation, and the ability of the linker to be cleaved within target cells.4 These ADC linkers are designed in the form of peptidyl linkers to be cleaved by enzymes, such as cathepsins and matrix metalloproteinases (MMPs), expressed in the tumor, or linkers that would release drug by hydrolysis at the slightly acidic pH observed in many solid tumors. It was observed that the non-internalizing ADCs did not show significant antigen-specific activity and thus unable to improve the therapeutic index relative to that of the free drug. Therefore, to be effective, ADCs must internalize, selectively bind, and deliver intracellular concentration of cytotoxic drug for diseased cell death.

Keeping these things in mind, next-generation ADCs were designed to deliver potent chemotherapeutic agents to tumors in a targeted manner to limit systemic exposure. The therapeutic success of an ADC is dependent upon the linker component and therefore, linker technology impacts ADC potency, specificity, and safety. Linkers generally fall into one of two categories: cleavable (peptide, hydrazone, or disulfide) or noncleavable (thioether). Early ADC linkers were derived from cleavable acid and peptidase-labile hydrazones designed to cleave inside target tumor cells, but they cleaved at non-target sites instead, which increased systemic toxicity. Next, disulfide linkers were developed, which achieved greater in vivo stability but were recently found to be inefficient.

Peptide linkers have the potential to be selectively cleaved by lysosomal proteases (eg, cathepsin-B) and have demonstrated increased serum stability and improved anti-tumor effects compared to hydrazone linkers. Valinecitruline (Val-Cit) pairs are the most commonly used peptide linkers and are ideally suited to work with the auristatin family of drugs, such as monomethyl auristatin E (MMAE). MMAE is totally synthetic, stable, very potent, and ideally suited for chemical modification.5

A typical linker, mostly a peptide derivative, links the potent drug to the large-molecule antibody, targeting the antigens on a specific cell. The release of this toxic potent molecule into the cancer cells depends on the lysosomal abundance into the cell. Therefore, it is important for the antibody to reach the target cell to get complete efficacy of the drug. The linker has an important role to control the release of cytotoxic drug into the target cell to ensure the efficacy and safety of the ADC. Generally, degradable linkers as mentioned earlier can be chemically and enzymatically degraded. So the linker design is targeted to be chemically stable and can be enzymatically cleaved from the antibody by the enzymes present in the lysosome low pH matrix like the proteases or esterases. According to Seattle Genetics, there needs to be a spacer for enzyme site recognition between the antibody and peptide linker. The chemistry that is used to attach the linker to the antibody and the sites within the antibody to which the linker are bound both affect the performance of an ADC. It is most common to connect the linker to the antibody via reaction with amino acids, with cysteine being the most common, followed by the lysine. Greater degree of uniformity has been noticed in cysteine-based conjugates compared to lysine-based conjugates. In recombinant methods where cysteins are introduced to the backbone of the antibody at specific sites has shown higher degree of uniformity. Incorporating highly potent cytotoxic moieties, such as maytansinoids, auristatins, and duocarmycins, resulted in a major advancement into ADC development.6 Although it is difficult to ensure, the general observation is that the location of the conjugated drug moiety is not as important as the stoichiometry of the drug attachment. Drug-loading stoichiometry varies, and it is difficult to control the regioselectivity of conjugated drug moieties. ADCs with two or four drugs per antibody are of higher efficacy than heavily loaded conjugates that tend to be flushed out from the circulation faster. These cytotoxic moieties are 10- to 1000-fold more efficacious than the drugs used in clinics and lacked therapeutic index when used alone. ADCs can clinically exploit the cytotoxic potency of these moieties and can also reduce the systemic toxicities.

Another popular topic in therapeutic industry is peptide drug conjugates (PDCs) where peptides are exclusively is used in place of antibodies for targeted therapy.7 PDCs are equivalent to ADCs in terms of potency, but have better tissue penetration and efficacy in animal and clinical studies. In comparison to the bulk weight or size of mAb carriers, the peptide carriers have the advantage of overcoming the interstitial tumor pressure in reaching the tumor interior. Peptides as carriers may offer advantages over mAbs as they (mAbs) need antigenic targets and do not target tumor-specific antigens, whereas PDCs do not need an antigenic target and can be generated through a DNA and RNA peptide library phage. The molecular structure of antibodies is standard – antibody unit with different immunoglobulin isotypes, whereas peptides can be linear or cyclic. Pharmacokinetics and pharmacodynamics of antibodies depends on many variables and is difficult to predict, whereas peptides have lower molecular mass, larger formulation base, and a defined outline for PK-PD. Antibody applications are somewhat limited in solid tumors, and peptides have enhanced application in therapeutic industry. ADC structures are heterogeneous with a high cost of development; PDCs have significantly lower cost of production and increased product reproducibility. Researchers are confident about providing PDCs with precise carrier stoichiometry, high loading efficiency, and potent anti-cancer efficacy as efficient drug delivery vehicles.8

Many PDCs are in the developmental phase of preclinical and clinical studies, and PDCs have yet to get marketing approval from regulatory agencies. GRN1005, a angiopeptin-2-paclitaxol PDC targeting lipoprotein receptor protein-1, is over expressed on solid tumor cell surface. This conjugate is in clinical trials for the treatment of advanced solid tumors in patients with brain metastases. The important requirement for using peptides as carrier molecules is selective binding of the peptide to the cell surface receptors on the targeted cells. The receptor expression should be higher on the targeted cells than on the non-targeted cells. The peptide carrier should be stable enough in systemic circulation to reach the target cell in an effective concentration.

There are two main strategies for the synthesis of PDCs: end-to-end and convergent. Both of these approaches have proven effective, with the convergent approach employed for faster results. A convergent approach was used to assemble the RGD paclitaxel conjugate (Figure 2). Paclitaxel is first coupled to its succinic acid linker, which is subsequently coupled to the RGD peptide. Fatty acid RGD peptide (Arginine-Glycine-Aspartic Acid) if conjugated to the small molecules warhead can be used for targeted delivery against various types of cancers.9 Pegylated RGD peptides with ADA (adenosine deaminase) linkers form stable micelles, and when conjugated to paclitaxel, are effective against ovarian, breast, and lung cancer. Peptide delivery vectors are being investigated in other diseases like viral infections and psoriasis and are in at early developmental stage. In designing these peptide drugs or warhead conjugates, it is important to identify peptide conjugation sites, the length of the linker between peptide, and drug or warhead without interfering with their activity. This will ensure excellent cellular targeting and deliverability toward the diseased cells, the efficacy of the drug, and its reduced penetration into neighboring tissues. Apart from end-to-end and convergent methods, application of orthogonal methods to synthesize these conjugates mimics the bond formation in the cell environment, and hence, can be termed as bio-orthogonal reactions. Click chemistry provides orthogonality in its reactions and is widely used for cycloadditons using alkynes and alkenes. A notable example is CPP Tat conjugation to oligonucleotide moiety. In spite of some limitations, copper catalyzed click reactions are useful in bioconjugation of peptides to drugs and can deliver them to target cells. 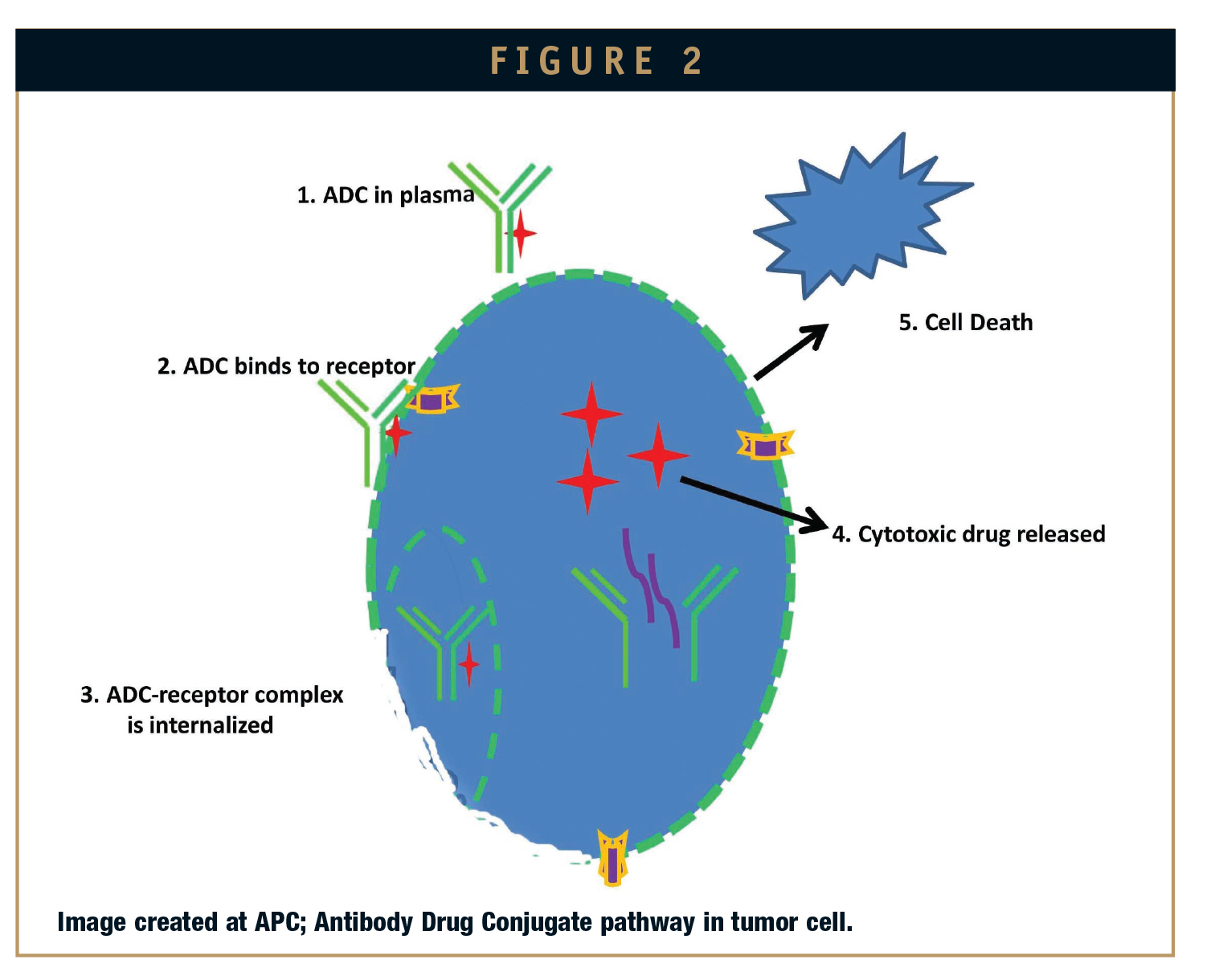 Manufacturing these conjugates are challenging due to multiple molecular components. Peptide API conjugates must be of higher purity with good yields and low bioburden. Many technical advances in peptide chemistry offer solutions to overcome problems like reduced half-life and stability issues. These advances in peptide technology make peptides a strong alternative to antibodies as drug carriers.10 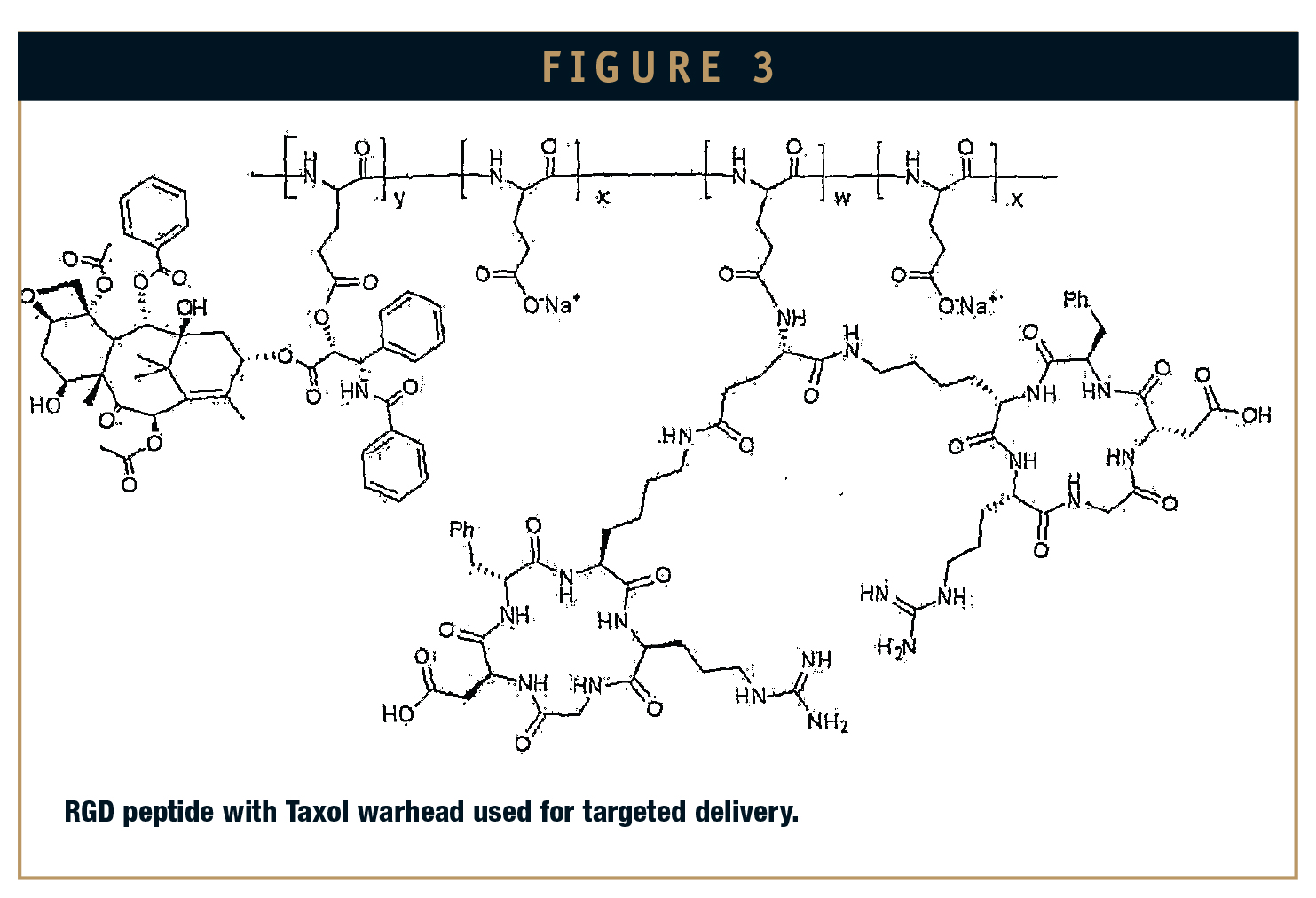 In summary, peptide-based linkers are promising counterparts in ADCs, providing tumor-specific cleavable and stable circulating linkers. A new emerging class of PDCs is proving to be useful towards a broad spectrum of indications when compared to ADCs. These two approaches are paving a new pathway in cancer treatment and their clinical outcomes are yielding some encouraging results for cancer patients. 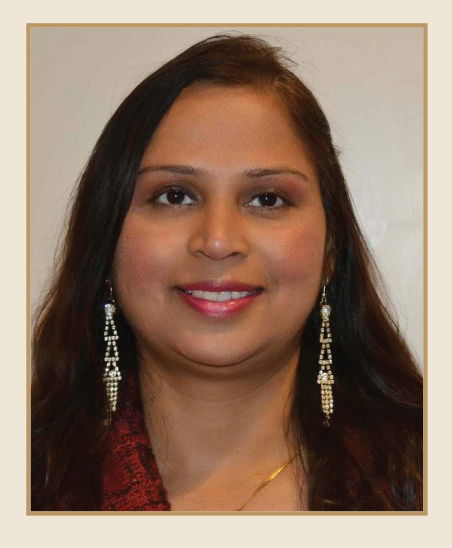 Archana Gangakhedkar earned her MS in Organic Chemistry and is a certificate holder in Regulatory Affairs from UCSC. She has more than 10 years of pharmaceutical research experience as a scientist and has worked on various complex diseases. She is inventor of many new chemical entities and has many patents and publications to her credit. She joined the marketing department at American Peptide Company in March 2013, where she investigates the possible application of peptides in the pharmaceutical and diagnostic fields to promote the peptide business.

Dr. Jyothi Thudimadathil is currently working as an Associate Director of Marketing at American Peptide Company. During his 14 years of career in peptide science, he has served in different roles in industry, including R&D positions. After earning his PhD in Applied Chemistry from CUSAT (India), he worked as Post-Doctoral fellow at Ben Gurion University (Israel), IUPUI (USA) and Purdue University (USA). He has authored several articles and reviews on peptides in various magazines and journals.