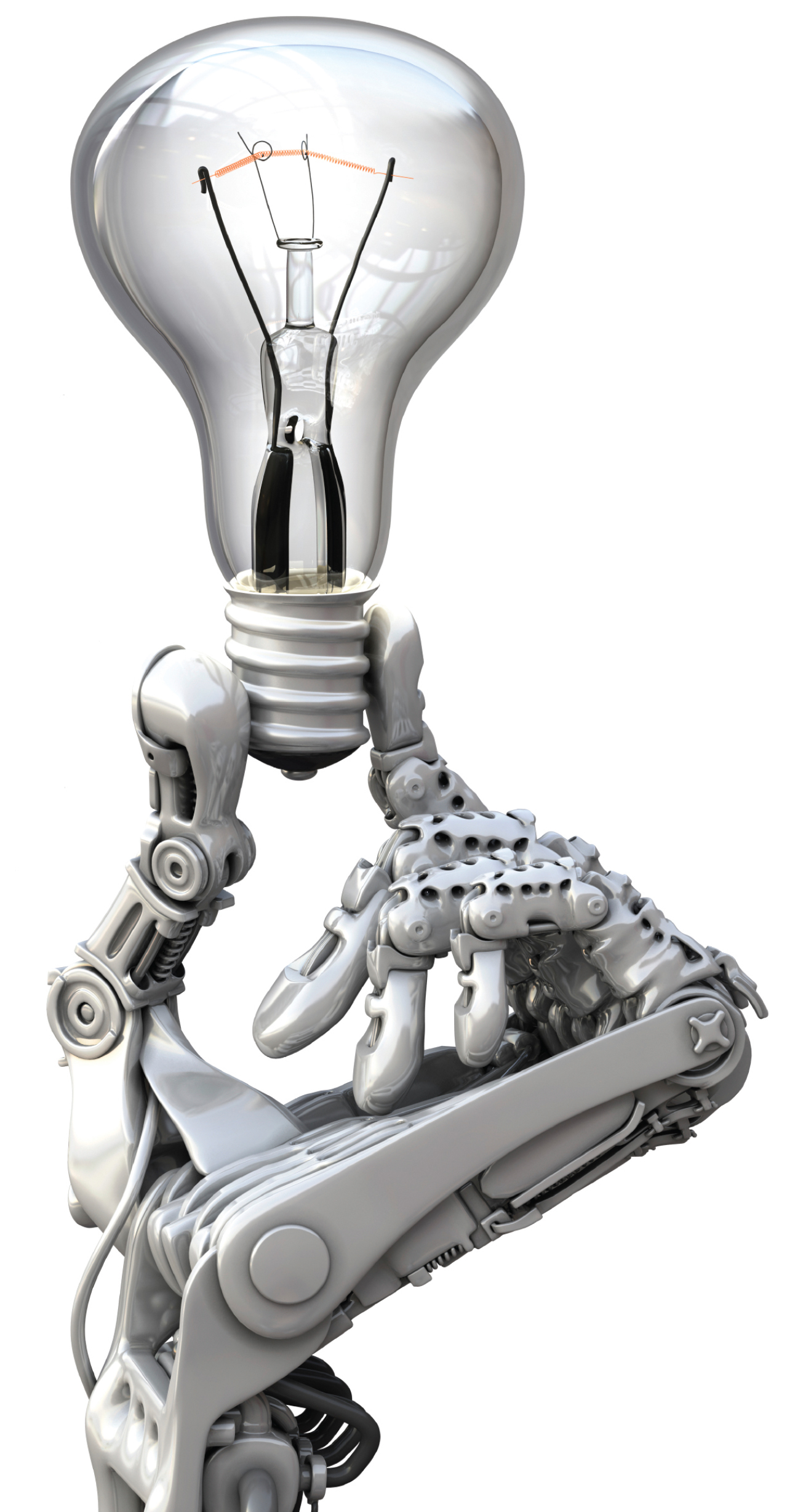 ​
THE BEST OF TIMES: THE SECOND MACHINE AGE

Erik Brynjolfsson and Andrew McAfee argue persuasively in The Second Machine Age that about 30 years since the proliferation of computers, we are on the cusp of an unprecedented period of rapid advancement.

The second industrial revolution came with the invention of electricity. Change didn’t follow immediately then either. Factory owners just replaced their steam engines with electrical ones. It was 30 years – a whole generation – before factory owners began to redesign their factories to take advantage of the flexibility electricity offered, and to combine this new invention with other related innovations, like the light bulb, to see productivity leap forward.

So it is with the new machine age. Computers proliferated in the 70s and 80s, and we thought our world had changed dramatically because we could create a document on a computer without White Out, or race a Pacman around a screen eating little green dots. The generation that invented the computer couldn’t yet see its true potential.

It took the next generation to realize the computer’s digital, exponential, and combinatorial potential, according to Brynjolfsson and McAfee. Digital, because computers give access to more data than ever before. Exponential, because a child’s play station today is more powerful than a military super computer in 1996. And combinatorial, because each innovation can be combined with other innovations to make even more innovations. Today, you can write an app and reach a million users just by putting it on the Facebook platform, which in turn is built on the Internet, which is built on the Web. When we put these advances together we see an explosion of innovation, unlike anything seen before.

One of the most exciting developments is computers that can learn. Computers like Watson, the famous computer that beat the world Jeopardy champion in 2010. Now, learning computers are working in call centers, in legal and banking industries. They are even transforming the medical profession as computers advance in diagnostics and surgery.

Yet the book – and if you can’t make time for the book, I recommend the Ted Talk – is not a lament for the end of the labor force in a world where computers do everything from taxes to translation. Rather, it’s an upbeat treatise embracing the boundless possibilities of a new world, while proposing policies to maximize innovations and collaborations that emphasize what Brynjolfsson and McAfee call the race with (not against) machines. In their view, a team of computers and humans can beat any humans, or any computers working alone.

THE WORST OF TIMES: ZERO TO ONE (TECHNOLOGICAL STAGNATION SINCE THE 70S)

On the other side, we have Peter Thiel, co-founder of PayPal and Palantir, the first outside investor in Facebook, and an early investor in SpaceX and LinkedIn. In Zero to One: Notes on Startups, or How to Build the Future, Thiel argues that we are in an age of stagnation, but we’re too dazzled by our shiny mobile toys to notice. Progress should go beyond what’s happening in Silicon Valley, he says. As the slogan of his venture capital firm the Founders Fund admonishes, “We wanted flying cars; instead we got 140 characters.” Twitter is a great company, but it’s not advancing society.

If you want to see stagnation, argues Thiel, look to Microsoft, Oracle, or Hewlett Packard. These companies were once innovators, but now they just churn out marginally improved browsers and operating systems. To put your money in these companies is to place a bet on a future of incremental, and essentially inconsequential, advancements.

This line of thinking, too, can be persuasive. In fact, at times, I felt he was too generous in praising innovation over the last half century. Thiel advances the Manhattan project and the interstate highway systems as the sort of innovation he’d like to see more of today. These projects were advancements, to be sure, but innovations? We already knew how to build roads. The interstate highway system just built more of them, and standardized the exits. The Manhattan Project culminated in the atomic bomb, but Einstein’s theory of relativity was published in 1905. In fact, both projects were essentially just very, very expensive system upgrades.

THE STAGNATION OF PHARMACEUTICAL INNOVATION

Where, then, does our industry fall within the scope of innovation? Are we racing ahead, or just plugging along? Thiel argues that investing in large pharma is a bet against technology, since most of what pharmaceutical companies are doing is figuring out ways to extend the lifetime of patents and block smaller companies. They could be spending time looking for cures to Alzheimer’s, he says, instead of recycling old ideas and milking profits.

Pity the Eli Lilly employee who reads that passage. Lilly has been betting the farm on a cure for Alzheimer’s, exhausting avenue upon avenue of possibilities. What Thiel is missing is that we’re still making huge innovative leaps and bounds in biochemistry and molecular biology. There is no existing knowledge base – such as roads, atomic science, or computers – that will, with fine-tuning, eventually lead to a cure. It’s not as simple as sifting through the available molecules in the universe until we find the one that, in pill form, will yield what we seek. That could happen, but more likely when the answer comes it will be another “Who knew?” moment that brings an innovative combination of ingredients, such as technology, biochemistry, and perhaps diagnostics together.

If innovation is slow to come in our industry, it may be that we’ve not yet grasped the possibilities of the technologies available to us. We are still struggling to overcome the empirical nature of our work. It can take a decade from the time we identify a promising pathway till the time we prove it. Mother Nature sets some very strict limits on the rate at which cells reproduce, for example, and a controlled study to prove that a certain compound increases longevity can, by its very nature, never be completed in a matter of days or weeks. By contrast, electrical and mechanical models can be tested, revised, and retested in rapid, sometimes near instantaneous, succession.

The other drag on our acceleration is the rigors of government regulation. While necessary and important, it cannot be denied that the constant checks and double checks, filings and audits, hamper and add significant cost to any given process, and thereby reduce the number of potential cures any given company can choose to pursue.

THE ACCELERATION OF PHARMACEUTICAL INNOVATION

The machine age has undoubtedly touched our industry, from inventory management systems to HPLCs. But I’m not sure we can yet see a ground up revolution in drug development, such as, for example, the medical profession may foresee in light of recent innovations in medical diagnostics and laser surgery. Still, there are changes out there that may be the beginnings of something larger:

Pop Test – Imagine a company that has no salaried employees. Led by CEO Randi Altschul, the Pop Test companies partner with a team of world-class scientists, MDs, PhDs, and clinicians who share ownership of the company. Altschul comes up with a visionary idea, honed by her years of experience in startups. The Pop Test scientists then develop it, their legal team protects it, and their clinical team proves it, after which they sell it to someone else for commercialization. Their first breakthrough was the saliva diabetes (glucose) test, now in its last phase before FDA approval. The company owns four patents for saliva- based detection systems and clinical data showing sensitivity and specificity for different molecules in the 95th percentile. They have already expanded the Pop Test saliva platform to provide a saliva test for cholesterol, uric acid, and liver tests such as ALT and AST. All this, among other innovative process and technology products in the company pipeline, and all realized on a shoestring budget (visit www.diabetespoptest.com).

The Foldscope – Imagine an optical microscope that can be assembled from a punched sheet of cardstock, a spherical lens, a light emitting diode, a diffuser panel, and a watch battery to power the LED. It magnifies up to 2000 times and weighs 8g: enough magnification to spot Leishmania donovani and Escherichia coli, as well as malarial parasites. Developed by a team lead by Manu Prakash, an Assistant Professor of Bioengineering at the Stanford School of Medicine and funded by Bill and Melinda Gates, the Foldscope can be printed on a standard A4 sheet of paper and assembled in 7 minutes. Suitable for student and field research and basic diagnostics in the third-world (or any country), it costs less than a dollar.

Theranostics – Theranostics brings two schools of thought together to create new value. It works in both directions: either a diagnostic that distinguishes patients or disease types, allowing for selection of the most appropriate therapy, or the opposite, whereby a drug shows efficacy but not for all, and diagnostics are used to identify those patients for whom it would work.

Surrogate Endpoints – While not as flashy as a folding $1 microscope, sometimes a little process tweak can have a huge impact. I mentioned earlier that you couldn’t prove a biological pathway with the lightning speed that is possible for an electrical pathway. And yet, we can shorten the process significantly by adopting surrogate endpoints that may correlate to a real clinical endpoint. For example, in the case of Alzheimer’s, it may be possible to adopt the removal of arterial plaque as a surrogate endpoint for a clinical trial, in place of the actual endpoint, which would be curing the disease. This shortens the clinical process considerably, and over time, the true endpoint may be proven.

There is a school of thought that says that cures are like fruit on a tree, and the low-hanging fruit has already been picked. I don’t subscribe to that theory. I believe ideas are limitless, and the tree is forever growing new fruit. From computers and the Internet to the Human Genome Project and the Foldscope, our generation has inherited a tree more heavily laden than any tree before it. We need only harvest it. It is the best of times. 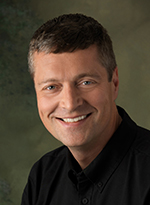