MANAGEMENT INSIGHT – In Pursuit of Ethics: Reflections On Why We Do What We Do


In January, the FDA banned imports from a fourth Ranbaxy plant in India after an unscheduled inspection revealed a lab littered with flies, a leaking refrigerator for drug samples, and evidence that laboratory technicians were altering data to improve test results.

The company once again expressed Shock! Outrage! And, of course, Regret! Much as it did in previous years, upon several similar infractions, which have happened year after year since 2005, culminating last year when Ranbaxy paid a record $500 million in fines and penalties and pled guilty to seven criminal counts related to egregiously falsifying laboratory data.

Our industry is not supposed to be like Big Steel, or Big Auto. We are not motivated by profit. We have a higher purpose; saving lives and improving quality of life. Don’t we? 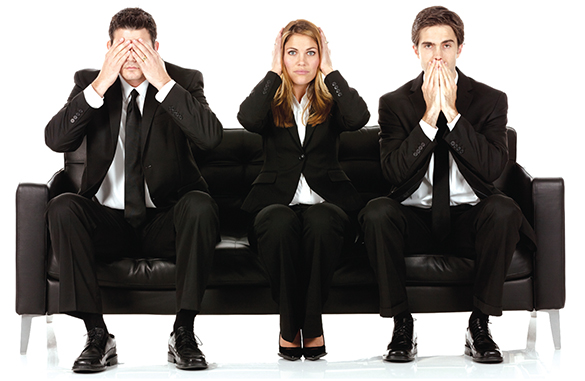 And yet, here we are again. A few years ago, it was J&J, once a paragon of pharmaceutical virtue, that underwent a massive shattering of public confidence as a series of quality breaches led to recalls of products from Tylenol to Rolaids to Sudafed to Motrin to contact lenses and hip implants. Merck fell from grace earlier this decade with its shameless promotion of Vioxx, when it knew of clear risks but buried the facts.

In this week’s Wall Street Journal, Johns Hopkins’ Dr. Victor Serebruany alleges that the results of AstraZeneca’s studies for the anti-clotting drug Brilinta were significantly skewed to minimize deaths. The FDA review team leader, Thomas Marciniak, claims that trial records were so sloppy as to actually assert that 12 patients reported their own deaths by phone. AstraZeneca continues to defend both the trial and the efficacy of the drug.

My point is not to wag a righteous finger. True, in the case of Ranbaxy there was undoubtedly unconscionable greed at the heart of the matter. Greed is a businessperson’s usual motive. There are others. In the scientific crowd, similar crimes are more often committed in the pursuit of reputation, such as the 1998 British vaccination study by Dr. Andrew Wakefield in England, which linked autism to vaccines, famously leading thousands of parents to shun vaccinations for their children and giving Dr. Wakefield fleeting status as a medical hero. This study has since been broadly scorned as complete fabrication, but in many ways, the revelation comes too late. The “facts” of the study had already become common knowledge, touted on Oprah and lauded by the likes of Jenny McCarthy, who has since been reported quietly announcing that – Oops! – her son didn’t have autism after all; it was a misdiagnosis. She has since denounced her announcement, so it is becoming somewhat hard to follow.

Any individual who purposely sets out to game the FDA or to falsify scientific findings is unabashedly evil. There are people like this, though I don’t think a lot. What concerns me is the vast number of people who surround these individuals. In every one of these situations, from Ranbaxy to Vioxx to Dr. Wakefield, there were dozens, if not hundreds, of people who were privy to what was going on, in whole or in part, and who went along with it.

Did they behave unethically in staying quiet? Most of us would say they did. And yet the evidence suggests that, in the same position, most of us would also stay quiet. Why?

I can think of any number of reasons. Fear is a big one. Picture the young professional trying to get ahead, full of ambition and zeal, ready to make a mark. His mentor brings him in on a big business deal in a third-world country, and the young man learns his mentor and all those at the table are engaged in behavior his MBA textbooks soundly discourage.

This happened to a close friend of mine, many years ago. I’d venture to say he was/is a good man. What did he do? Nothing. He knew intuitively his career prospects would dim if he spoke up. I suspect, however, he may also have enjoyed the warm glow of being initiated into part of this elite circle. The fact that corruption only took place in the third world and not at company headquarters lent a sort of moral exceptionality to it. They were good men, most of the time.

I think of my friend when I hear of the bribery allegations of China’s pharmaceutical trials. I wonder how many employees of these US firms went along with things, because that’s the way things are done in China.

Conformity is another reason people can head down the wrong path. At Ranbaxy, former employees told Fortune back in 2010 that executives there approached the regulatory system as an obstacle to be gamed, boasting about their cleverness in deceiving regulators. The newspapers raged about this revelation, but no one ever asked the employees about their own complicity through silence. Their sharp outrage came only after the debacle unfolded. While the gig was still on, they did like everyone else: they fit in.

A strong ethical culture within a company is the best inoculation against unethical behavior, but such cultures can be fragile and must be regularly reinforced. J&J’s downfall may be just such a case. Certain stressors can bring down a wall of corporate values like a brick through the glass conference room door. Rapid organic growth, mergers and acquisitions, decentralized management, rapid reaction to regulatory findings, quality systems that aren’t part of the enterprise IT architecture; these are just a few changes that can cause employees to put ethics on the back burner in favor of more immediate issues.

Here’s another conundrum. The first Ranbaxy plant closure took place in 2005. In the following 9 years, the company was plagued by criminal investigations and plant closures. And yet in 2011, the FDA awarded Ranbaxy the right to produce a generic Lipitor. Does this seem odd? But wait. In May 2013, Ranbaxy paid the largest fine in history for criminal negligence in deceiving and falsifying records for the FDA. Yet, only this January did someone actually go in and take a peek inside the Indian plant in Toansa that does most of the production for generic Lipitor. Did no one consider that there might be quality issues at this Ranbaxy plant between 2011 and 2014? No one at all?

Often, it just takes one person to put a stop to unethical behavior. Blowing the whistle on an entire organization is one of the hardest things an individual can do. Hats off to the FDA official David Graham who spoke out against his organization’s handling of the heart attack side effects of the arthritis drug Vioxx in 2005. It must have been a tough decision; the pressure to conform must have been enormous. I’d wager he still doesn’t feel welcome at company picnics.

How far would you go to do things right? UK management guru Charles Handy opines heavily on such matters in his recent memoir, Myself & Other More Important Matters. What is refreshing about Mr. Handy’s works is his promotion of the manager -philosopher; a thinking being who balances life and work, morals, and ethics, as well as ledgers, columns, and marketing strategies.

In his business study curriculum, he presents students with the Greek tragedy, Antigone. In this play, Antigone’s brother Polyneices dies on the battlefield of a civil war. When the dust settles, the new ruler of Thebes decrees that her brother’s body be left to rot on the field of battle, to be preyed upon by carrion. This is the worst fate anyone in those times could imagine, as their religion dictated that, without burial, the soul would never rest. Antigone defies the edict and buries her brother, knowing that she will be put to death for her act.

How far would you go to stand up for what is right? What beliefs, if any, do you hold so dear that you would defy anyone to uphold them? Could you stand on your principles against legitimate authority? Should a good person obey a bad order? These are questions often ignored in modern business schools and, perhaps as a result, in modern businesses, where the ends are often deemed to justify the means, within the boundaries of legality, or at least, detectability.

It’s easy to overlook such questions and focus on the day-to-day business of 100 new emails requiring response, and three projects due by Friday. And yet, when you reach the end of your career and look back on it, the emails will be forgotten, and the way you answered those questions will have defined your life.

Voltaire wrote, “How infinitesimal is the importance of anything I do, but how infinitely important it is that I do it.” Thank you Charles Handy for this much-needed reminder of why we do what we do. 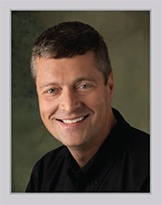 Derek G. Hennecke is President and CEO of Xcelience, a CDMO in formulation development and clinical packaging located in Tampa, FL. Mr. Hennecke launched Xcelience as a management buyout in 2006, and the company has more than doubled in size. Prior to starting Xcelience, Mr. Hennecke worked for DSM as a turn-around manager in the global drug development community, managing an anti-infectives plant in Egypt, technical and commercial operations in a JV in Mexico, and a biologics facility in Montreal. He developed the formulation and business strategy of several drug compound introductions such as clavulanic acid, erythromycin derivatives and Tiamulin. A Canadian, he covets the Florida sun, but can’t be kept away from the rink for long. He is an avid fan of the Tampa Bay Lightning.