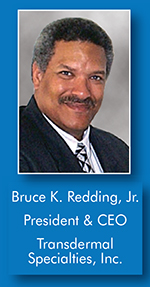 Of the multitude of drugs that can be delivered transdermally, only about 25 compounds have found market. All are low molecular weight drugs usually lower than 500 Daltons. Larger compounds have generally been unable to be employed in transdermal delivery in which GI-By-Pass is the primary goal. As a result, it takes more research, longer clinical times, and food interaction studies to get a compound from concept to the medicine cabinet. In the United States, the average is 12 years, that is, if it makes it at all. Only 5 in 5,000 drugs that enter preclinical testing progress to human testing; 5 of these drugs that are tested in people are approved. The chance for a new drug to actually make it to market is thus only 1 in 5,000. Not very good odds. Transdermal Delivery can reduce that timeline and investment to as little as 3 years through a transdermal routing as opposed to a GI route. Therefore, there is a need for expanding the number of compounds that can be delivered transdermally. Transdermal Specialties, Inc. (TSI) has been a pioneer in Active Transdermal Delivery Systems since 2009 and has developed a new ultrasonic-based delivery system that has the promise to significantly increase the number of compounds that can be delivered transdermally, from 1 to 125,000 Daltons in molecular weight. The U-StripTM is currently being employed to provide transdermal insulin, but there are over 175 target compounds on the list. Structurally, because Transdermal Insulin is now entering Phase III trials, the company has created a subsidiary, Transdermal Global, whose sole focus is diabetes care applications. The parent company, TSI, is currently developing central nervous system applications for the U-Strip Delivery technologies, one of which will enter Phase II clinical trials in 2016. Drug Development & Delivery recently spoke with Bruce K. Redding, Jr, CEO and Founder of TSI, about the importance of developing this new tool for enhanced drug delivery, but also a means to reduce the time-to-market for new formulations while also expanding the number of drugs that can be delivered transdermally.

Q: Can you provide our readers some background on Transdermal Specialties?

A: TSI is developing a new form of Active Transdermal Patch system for the delivery of both small and large molecule drug delivery. In particular, our lead product is a Transdermal Insulin Patch for the treatment of diabetes. No Needles. Having completed Phase I and II clinical stages, the company is preparing for a 1,100 patient trial to complete the Phase III program with 500 subjects in the United States and 600 subjects globally. The US component of the Phase III program will involve 5 Super Clinics, each treating over 10,000 type 2 diabetics. Located in Broomall, PA, just outside of Philadelphia, TSI employs 22 researchers and technicians, and expects to add another 30 to its roles for the international program. Production capacity for the Trans-InsulinTM patch is now over 1 million patches per week and conducted at our plant in Charlotte, NC. The company plans to introduce this technology at the American Diabetes Association’s annual Scientific Sessions, June 10-14, 2016, in New Orleans. See us at booth No. 116, where we will demonstrate the effectiveness of the UStrip patch system upon type 2 volunteers in real time. In addition, the company is involved in a number of strategic relationships to adopt our delivery technology to the delivery of both small and large drugs through strategic research arrangements. This program is called the drug screening program and has already resulted in 3 successful non-insulin drugs now being planned for human clinicals in 2016.

Q: How does TSI’s technology function, and why is it unique?

A: Cutting Edge Technology – The U-Strip is an active transdermal delivery system using a patented alternating ultrasonic waveform process to temporarily dilate the skin pores, expanding the pore size from 50 to 110 microns in just a few seconds. This process enables large molecule drugs to permeate through the skin (stratum corneum) into the dermis and then into the blood stream. The ultrasound signal does not generate cavitation or heat like conventional ultrasound and is composed of two waveforms: Ultrasound Sawtooth Waveforms enlarge the pore size, while Square Waveforms push the drug through the expanded pores into the dermis. Designed originally for insulin delivery, there are more than 175 additional compounds that cannot normally be delivered through the skin, but are candidates for the U-Strip system. This method of drug delivery is unique and does not rely upon skin permeation, which is restricted to drugs below 1,000 Daltons. With the U-Strip system, we have delivered compounds as large as 75,000 Daltons transdermally.

Market Target – The target market is type 2 diabetics, which account for 95% of all diabetes sufferers. Globally, this translates to 209 million type 2 diabetics versus 11 million type 1 diabetics. This is an underdeveloped market with most type 2 on a regimen of oral medicines. Many endocrinologists believe that type 2 would be better off through a regular dosing of insulin instead of relying on Metformin, Glucophage, and other medications because they are inconsistent in maintaining healthy glucose levels and could have long-term serious side effects. 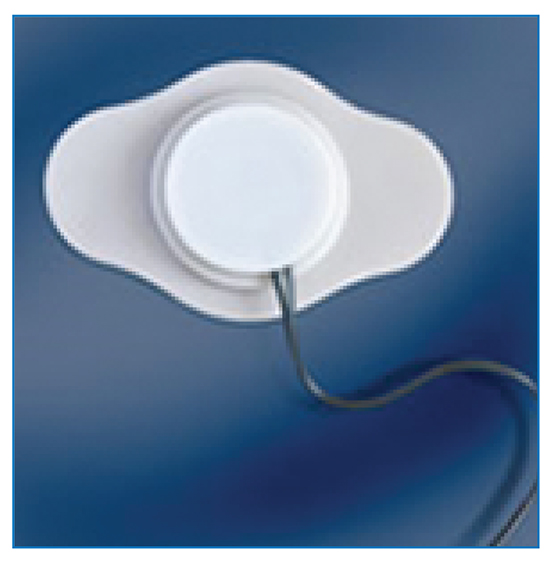 Q: Can you please discuss your development status to date?

A: The kick-off product is the Trans-Insulin system, which completed a 24-hour; 12-subject clinical trial of its miniaturization program.

The U-Strip System involves 4 main components: Insulin Patch, which uses an absorbent pad construction, the first on-off transdermal patch. The patch snaps onto the transducer coupler and can contain as much as 150 units of insulin, enough for a 2-day supply for most diabetics, and is disposable.

Transducer Coupler, which snaps onto the Patch.

The Ultrasonic Applicator consists of a transducer device that generates ultrasonic transmissions to dilate the pores, enabling large molecule drugs, such as insulin, to enter the blood stream and a keypad to operate and control the dosage level and frequency. The system is worn by the patient and is completely portable.

The U-Strip system may be worn on the arm, over the abdomen, or on any part of the body. A control device is placed over the insulin patch. This device regulates the dosing schedule for basal and bolus insertions of insulin to maintain the glucose levels of the diabetic patient at a healthy level. The insulin patch is designed to hold a 2-day supply of insulin.

Key advantages of the U-Strip/Insulin system include:

Q: What is the next critical milestone for TSI?

A: The Phase III trial for the insulin system is about to start in 4 nations. Once that data is in, the next critical milestone will be regulatory submission and commercialization for the insulin system. Initially, the target market is type 2 diabetics, to be followed by type 1, and then an insulin patch for children. Along the way through our drug screening program, we will be testing other pharmaceutical compounds for ultrasonic transdermal delivery. Through cooperative research and strategic alliance relationships, we will actively work to expand the number of drugs that can be delivered transdermally, from less than 30 today, to 175 investigations within the next 3 years. Already we are working our way through CNS indications and soon will be investigating arthritis and cardiac care applications. 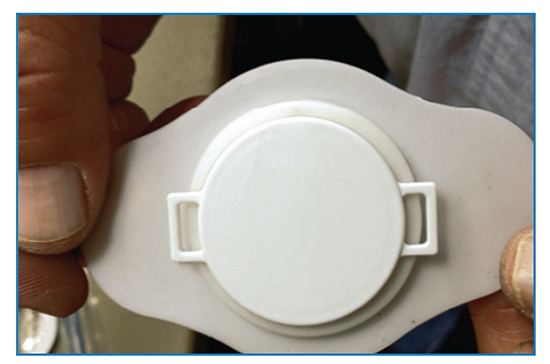 Q: Will you offer co-development programs with interested potential partners?

A: Yes, we are active in both internal areas beyond insulin, and we do have co-development partnering opportunities for future drug programs. Our drug screening program is expected to generate other opportunities for expanded transdermal applications. First, we treat the target compound for 8 hours using our alternating ultrasound transmission. If no damage, we move to patch development and liberation tests, followed by cadaver skin permeation studies. The whole drug screening investigation can take as little as 3 months. If the compound fails along the way, the partner has invested only in laboratory screening services. If we pass the drug screening program, human clinicals are next, and partners are offered strategic alliance options. As each opportunity manifests itself, we may create separate focus divisions or affiliations to bring those products to market. Right now, insulin has spun to a dedicated subsidiary under Transdermal Global. The CNS, arthritis, cardiac, and oncology products may each be similarly situated depending upon the needs of potential partnerships.

Q: What are the future plans for the enterprise?

A: Insulin is number one on the runway. As previously mentioned, we have created a subsidiary, Transdermal Global, to focus only upon diabetic care products, starting with the type 2 glucose control system, the U-Strip controller, and the low profile Trans-InsulinTM Patch. That subsidiary will be manned by professionals with diabetes care as their sole focus. Essentially, we are placing all of our diabetes researchers, marketing, and clinical teams under one focus – diabetes care. I am a full believer that emergent companies need to have a focus and thus we have placed our diabetes care unit under one roof. Transdermal Global is forming now and expects to enter Phase III clinical trials later this year. A major goal for this year beyond the Phase III trials is to expand our current pilot patch production facility to 1 million patches per week. Meanwhile, the parent company TSI, will continue its product development activities to explore the use of this patented technology to both speed the regulatory review process by avoiding the GI tract, and to expand the number of compounds that can be delivered transdermally. Our R&D teams are working upon several CNS applications, some internally sponsored, and some already with strategic partners. We are now entertaining potential research and strategic partners who may wish to have their compound tested for enhanced transdermal delivery via the U-Strip technology. For inquiries, contact Bruce K. Redding, Jr at (484) 479-3240 or bkredding@transdermalspecialties.com.