An amalgamation of hot-melt technology and effervescence has been employed to yield porous solid dispersions (PSDs) for dissolution enhancement using glimepiride as a model drug. Citric acid was used as a hydrophilic carrier, and sodium bicarbonate as an effervescence-causing agent. Factorial design was applied to study the effect of amount of glimepiride and amount of citric acid on the in vitro dissolution profile of glimepiride. DSC, FTIR spectroscopy, and powder X-Ray diffraction studies were employed to characterize PSDs. The in vitro dissolution rate of PSD (batch F3) was found to be much faster and higher than the corresponding conventional solid dispersion and pure drug. ANOVA was applied on cumulative percentage of glimepiride release. The mathematical models developed in the present study can be used to predict cumulative percentage of glimepiride from PSDs. These models can be utilized to formulate PSDs with desired glimepiride release.

The enhancement of oral bioavailability of poorly water-soluble drugs remains one of the challenging aspects of drug development.1 Techniques that have commonly been used to improve the dissolution and bioavailability of poorly water-soluble drugs include micronization, salt formation, solubilization, and formation of solid dispersions.2,3 Solid dispersion (SD) is defined as the dispersion of one or more active ingredients in an inert carrier or matrix at solid state prepared by fusion, solvent, melting-solvent method.4

The term solid dispersion was initially used by Sekiguchi and Obi (1961) and has grown to become one of the most active ideas in the pharmaceutical field.5 Chiou and Reigelman outlined six types of drug-carrier interactions in solid state dispersions: simple eutectic mixtures, solid solutions, glass solutions and glass suspensions, amorphous precipitates, and compound or complex formation.4 The mechanism by which the solubility and dissolution rate of the drug is increased includes: firstly, the particle size of a drug is reduced at submicron size or to a molecular size in the case in which the solid solution is obtained, the particle size reduction by micronization or nanonization can enhance the dissolution rate; secondly, the drug is changed from crystalline to amorphous form, with excess thermodynamic properties and lower energy barrier that can offer solubility benefits; finally, the wettability of the drug particle is improved by the dissolution carrier.6-9 The additional mechanism for enhancing dissolution rate in porous solid dispersion is due to capillary action wherein liquid can be drawn into the capillaries instantaneously.

In the present study, porous solid dispersions were prepared using a hot-melt method coupled with effervescence. Glimepiride was chosen as a model candidate because of its low dissolution rate and solubility-limited bioavailability. Citric acid was used as a hydrophilic carrier and sodium bicarbonate as an effervescence-causing agent. The objective behind the work was to quantify the role of critical variables of PSDs using statistical experimental design.

The porous solid dispersions (PSDs) of glimepiride were prepared employing amalgamation of a hot-melt method and effervescence. The calculated amount of the carrier, ie, citric acid (1 to 5 g) was melted over a thermostatically controlled magnetic stirrer, and the drug (100 to 400 mg) was incorporated into the molten carrier. The blend was heated at the corresponding temperature for 5 mins followed by the addition of sodium bicarbonate (1.2 to 6.0 g). The mixture was cooled on an ice-bath. The dispersions were subsequently desiccated under vacuum for 48 hrs and sieved (300 microns). The conventional solid dispersion of the drug with citric acid alone was also prepared using the aforementioned method followed by sieving (300 microns).

Experimental Design
A 22 full factorial design was used in order to investigate the influence of two variables. In this design, two factors were evaluated, each at two levels, and the experiments were performed at all four combinations. The composition of all four batches is shown in Table 1. The amount of the drug (X1) and the amount of citric acid (X2) were selected as independent variables. The cumulative percentage of drug release was selected as a dependent variable. ANOVA was applied on the cumulative amount of drug release to study the fitting and significance of the model.

Differential Scanning Calorimeteric (DSC) Studies
Differential scanning calorimetric analyses of the drug, carrier, physical mixture, solid dispersion, and porous solid dispersion (PSD) were carried out using DSC-Q10 (Waters, V9.0 Build 275). Samples (2 to 5 mg) were heated under nitrogen atmosphere in an aluminum pan at a rate of 10°C/min over the temperature range of 40°C to 250°C. The instrument was calibrated using a high-purity indium standard.

Fourier Transform Infrared Spectroscopy Studies
Fourier transform infrared (FT-IR) spectroscopy was employed to further characterize the possible interaction between the drug and carrier in the solid state on an FT-IR spectrophotometer (Perkin Elmer Paragon 1000 IR, UK) by the conventional KBr pellet method. The spectra were scanned over a frequency range of 4000 to 400 cm-1.

Powder X-ray Diffraction Studies
Powder x-ray diffraction patterns were traced employing x-ray diffractometer (X’Pert PRO, Panalyical, Netherland) for the samples using Nifiltered (0.154 nm wavelength) Cukalpha radiation, a voltage of 45 kV, a current of 40 mA, and receiving slit of 0.2 inches. The samples were analyzed over 2θ range of 5° to 50° at a scan rate of 1.5°/min.

In Vitro Dissolution Studies
Dissolution experiments of the drug in the porous solid dispersions were carried out in triplicate using United States Pharmacopoeia dissolution apparatus I (basket-type) employing 900 ml of phosphate buffer (pH 6.8) at a temperature of 37°C ± 0.5°C and at a rotation speed of 75 rpm. Dissolution studies were performed on the pure drug (4 mg), solid dispersion, and porous solid dispersions, each containing an equivalent amount of drug. At predetermined intervals (5, 10, 15, 20, and 30 mins), samples were withdrawn and replenished by an equal volume of fresh phosphate buffer (pH 6.8). The samples were filtered and analyzed spectrophotometrically at 226 nm using a spectrophotometer (Systronics 2201, India).

In order to investigate the factors systematically, a factorial design was employed. The amount of drug (glimepiride, X1) and amount of carrier (citric acid, X2) were chosen as independent variables in a 22 full factorial design. Preliminary studies revealed that the ratio of 1:1.2 of citric acid and sodium bicarbonate produced good effervescence. The real values of factors were transformed to facilitate orthogonality and ease in calculations.

Where X1 is the amount of drug present in PSD, and X2 is the amount of citric acid present in PSD. Table 2 shows the results of analysis of variance (ANOVA), which was performed to study the fitting and significance of the model. F-test was carried out to compare the regression mean square with residual mean square. The ratio F = 3.021 for PSD showed the regression to be significant.

The differential scanning thermograms of glimepiride exhibited a sharp endothermic peak at 207°C, corresponding to its melting point. Similarly the melting peaks of citric acid and sodium bicarbonate were observed at 157°C and 167°C, respectively. The DSC scan of PSD (batch F3) lacks endotherm at 207°C, indicating the presence of drug in an amorphous form (Figure 1). The thermogram of PSD (batch F3) exhibited peaks at 178°C, indicating the melting point of sodium citrate. The infrared spectrum of PSD exhibited significant difference in the intensities of the absorption peaks (batch F3). Broadening of various absorption peaks with a slight shift in the position of lower wavelength was observed, which may be attributed to the absence of the intermolecular hydrogen bonding in the glimepiride present in PSD (Figure 2). Porous solid dispersions provide a practical means of enhancing the drug dissolution employing amalgamation of a hot-melt technique and an effervescent approach. Glimepiride served as a model candidate for the formulation of PSD (batch F3). It can be concluded that significant enhancement of drug dissolution was achieved through PSD in comparison to conventional solid dispersion and pure drug. Application of factorial design revealed that a high level of citric acid increases the cumulative percentage of drug release. A proposed mathematical model can be used for predicting cumulative percentage release of glimepiride from PSD. The said model possesses immense potential for designing PSDs with desired glimepiride- release characteristics.

The authors are thankful to M/s Cadila Pharmaceuticals, India for providing gift samples for the present study and M/s Jubilant Organosys for providing facilities for x-ray diffraction studies. The authors declare no conflict of interest. 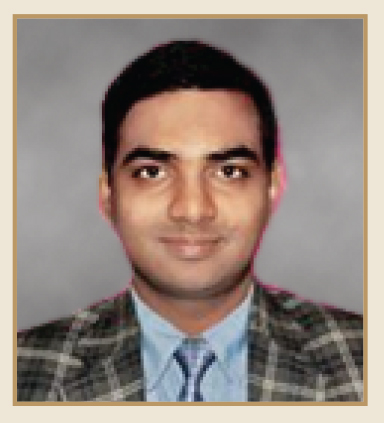 Balwan Singh is an alumnus of MD University Rohtak. Currently, he is working as an Assistant Professor at HIMT College of Pharmacy Greater Noida Uttar Pradesh, India. He has more than 6 year experience in academics and has several publications to his credit in various journals of repute, and presented papers in various seminars/conferences. He is the author of a book Pharmaceutics-IV (Unit Operations-II) published by Thakur Publisher Lucknow. He is a life member of APTI. His areas of interest are nanotechnology, solid dispersion, NDDS, validation, and quality assurance. 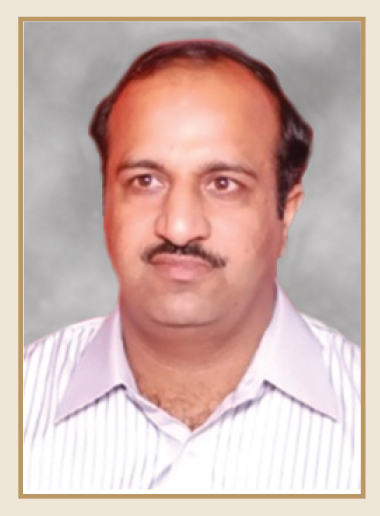 Dr. Harish Dureja is Associate Professor in the Department of Pharmaceutical Sciences, Maharshi Dayanand University, Rohtak (India). He has 14 years of experience in teaching and research. He has written 7 invited book chapters/monographs in various books published by international publishers. He is author of more than 90 publications in various national and international journals of repute. His current research interests include in silico ADME modelling, nanoparticulate drug delivery, and pharmaceutical regulatory affairs.