BUSINESS DEVELOPMENT – Lead Me, Follow Me, or Get Out of My Way


The original quote, “lead, follow, or get out of the way” is attributed to Thomas Paine. The title of this article is a quote attributed to General George S. Patton. General Patton’s modification of Thomas Payne’s original quote is typical of the General, and one of the reasons that I have always admired him for most, but not all, of the things he is known for.

General Patton has been revered and chastised for his leadership tactics and style. He was very direct, open, honest, abrasive, dictatorial, arrogant, overbearing, and no-nonsense, just to name a few. But I would rather report to someone like General Patton than other leaders I have known and, unfortunately, reported to.

People who act in this manner are really doing a disservice to themselves and to the people they manage. They create a culture of negativism between themselves and their people because when a person doesn’t know where they stand with their boss, the person tends to set up psychological defenses against his or her boss. This eventually causes an abrasiveness to develop between the two people. This situation always gets worse over time and generally ends badly.

As a manager of people, it is critically important that you not let this happen to you. When things are going well, it is easy to sit down with someone and talk about a job well done and heap praise on them. But when things are not going well, while difficult to address, it is something that all good managers do by sitting down with their people to address the issue.

This is not an opportunity to chastise someone, belittle them, and pound them into the ground. That’s what bad managers do. Rather, this is an opportunity to coach and mentor this person and help them become much better in their work responsibility. They will not just know where they stand with you, but will develop a loyalty to you and a strong effort to meet your needs in their work responsibility.

If, after a period of time, things do not work out, then you can make a change with a clear conscience, and the person involved will certainly not be surprised. When I encounter this type of situation, I often think about General George Patton. Not the General Patton who was the abrasive, dictatorial, arrogant, fist-pounding leader but the General Patton who was decisive, communicative, and very clear leader on what he wanted and expected. 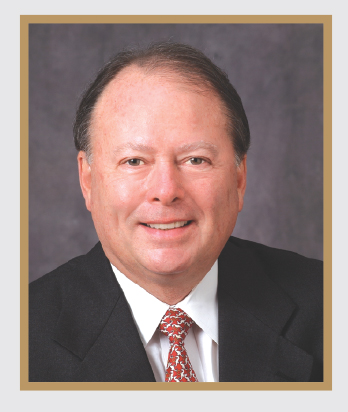 John A. Bermingham is currently the Executive Vice President & COO of 1st Light Energy & Conservation Lighting, Inc. He was previously Co-President and COO of AgraTech, a biotech enterprise. Previous to that, he was President & CEO of Cord Crafts, LLC, a leading manufacturer and marketer of permanent botanicals. More previously, he was President & CEO of Alco Consumer Products, Inc., Lang Holdings, Inc., and President, Chairman, and CEO of Ampad, all of which he turned around and successfully sold. With more than 20 years of turnaround experience, he also held the positions of Chairman, President, and CEO of Centis, Inc., Smith Corona, Corporation, and Rolodex Corporation as well as turning around several business units of AT&T Consumer Products Group and served as the EVP of the Electronics Group, and President of the Magnetic Products Group, Sony Corporation of America. Mr. Bermingham served 3 years in the US Army Signal Corps with responsibility for Top Secret Cryptographic Codes and Top Secret Nuclear Release Codes, earned his BA in Business Administration from Saint Leo University, and graduated from the Harvard University Graduate School of Business Advanced Management Program.