BIOTHERAPEUTICS DEVELOPMENT – The Role of Flow Electroporation in Vaccine Development

As the largest known outbreak of Ebola in human history has raced through West Africa killing thousands of people, big pharma and start-ups alike have searched for a vaccine to this deadly virus. Even if a vaccine were to be found in the near future, it could be months to years before it is commercially available because vaccine development and production is a lengthy and costly process. But, new technologies are available, and biotherapeutic development and production of vaccines can be accelerated.

Recognizing the need for rapid and reliable vaccine production, researchers have looked to recombinant technologies to develop innovative types of vaccines and new cell culture production methods that offer shorter lead times and greater production flexibility while maintaining vaccine safety.1-3 Newer engineered vaccine modalities range from therapeutic antibodies, subunit vaccines, virus-like particles (VLPs), and virus-like replicons particles (VRPs) to virus-mediated gene therapy. Each of these engineered vaccine types – whether a simple therapeutic protein or complex modification of patient cells – requires the introduction of recombinant nucleic acids into a cell line or ex vivo patient-isolated cells via transfection, viral transduction, and/or creation of stable cell lines. While the downstream processing is vaccine-dependent, a single unifying platform for upstream cell transfection could significantly reduce development timelines and production costs. For more than two decades, stable cell lines have been the standard for biotherapeutic protein production. However, their creation is a time-consuming, costly, labor-intensive process and is not feasible for all vaccine applications. As a result, researchers have turned to transient gene expression (TGE) as a means of more cost-effective protein production, particularly during early development and preclinical stages.4,5 While TGE offers a means of rapidly expressing proteins, not all transient expression methods generate the required amount of protein or fulfill the necessary requirements for broad use throughout vaccine development and production. One transient transfection technology (flow electroporation, a proprietary technology from MaxCyte, Inc.) not only meets all the conditions but can lead to significant resource and time savings.

Flow electroporation is a universal, regulatory-compliant transient transfection technology that provides a practical solution to the time, labor, and cost challenges of developing stable cell lines and baculovirus-based expression while overcoming the flexibility and scalability limitations associated with other transient transfection methods. Flow electroporation efficiently (co)transfects cells with DNA, RNA, siRNA, and cell lysates without requiring specialized constructs, engineered cells, media additives, or chemical reagents. It transfects from 5E5 cells in seconds up to 2E11 cells in less than 30 minutes.

Therapeutic monoclonal antibodies (mAbs) are the predominant component of biotherapeutic development pipelines for a range of clinical indications, including inflammatory disorders, cancers, and infectious diseases. mAbs can be used as prophylactic or therapeutic interventions via a variety of means ranging from targeted radioimmunotherapy to anti-idiotype immunization.

The amount of protein required throughout mAb development varies from low milligram to multi-gram quantities. Despite advances in transfection methods and culture optimization, the majority of CHO cell-based TGE methods have reported antibody titers ranging from 2 to 250 mg/L upon full optimization.7-11 More recently, there have been reports of 2 g/L after extensive work engineering a CHO cell line and optimizing culture conditions, something that is not feasible when a rapid response is needed.

Large-scale flow electroporation studies have demonstrated the ability to rapidly produce secreted antibody titers >400 mg/L, which can exceed >1 g/L with optimization of post transfection culture conditions, such as cell density, feeding conditions, media additives, and culture temperature.12 This translates into the production of multi-gram quantities of antibodies within days of transfection. With a moderate amount of post transfection process development, flow electroporation has resulted in antibody titers greater than 1.2 g/L, producing greater than 3 g of antibody from a non-engineered CHO culture of less than 3 L in 12 days (Figure 1). Further scale-up to biomanufacturing using the MaxCyte VLX® Large Scale Transfection System allows for transfection of up to 2E11 cells, which would equate to the production of more than 50 g of antibody within 2 weeks of a single transient transfection. The speed and simplicity of the process allows for rapid generation of quantities of antibody to meet rapid response needs. 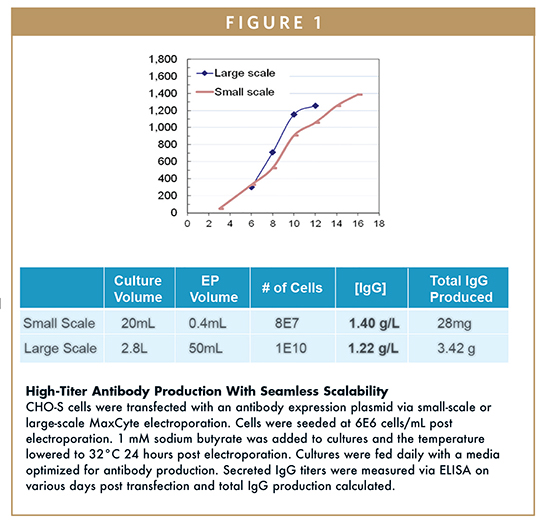 Similar to inactivated virus vaccines, subunit vaccines are generally easy to administer, do not contain infectious material, nor require a cold chain for distribution. Unlike inactivated viruses, subunit vaccines contain only the antigen(s) that best stimulate a protective immune response. Subunit vaccine antigen(s) can be isolated directly from the pathogen, as is the case with the Haemophilus influenzae type b vaccine (parenteral form), or expressed recombinantly, like the current hepatitis B vaccine composed of the hepatitis B virus surface antigen (HBsAg). One advantage of recombinant expression is that the antigen(s) can be manipulated to increase immunogenicity, to elicit a more protective immune response, or to be expressed as peptides or fusion proteins.

VLPs are a promising avenue of vaccination with an inherently higher level of safety compared to inactivated or live attenuated viral vaccines. These particles consist of one or more recombinantly expressed viral structural proteins that self-assemble into complexes that closely mimic the three-dimensional structure of native virus but lack the viral genome. VLPs have been produced for a variety of viruses, including influenza, and are an FDA-approved vaccine against human papillomavirus.3,13,14

VLPs are manufactured using an assortment of cells, including mammalian and insect cells. Insect cells are used because they are easy to culture with simplified cell growth that is readily adapted to high-density suspension and they post-translationally modify proteins in a manner similar to that of mammalian cells. While both transient transfection and recombinant baculovirus platforms are commonly used methods for insect cell protein expression, there are advantages to using electroporation.15,16

Baculovirus-mediated protein production is an extended, multi-stage process, despite development of specialized media and baculovirus vectors aimed at simplifying gene cloning and virus stock production. This 6- to 8-week process requires construction of expression plasmid(s), transfection of insect cells, viral stock preparation, and subsequent infection of insect cells, all prior to final production and purification of the recombinant protein(s) of interest.

In comparison to baculovirus, the MaxCyte STX® Scalable Transfection System, which directly transfects Sf9, Sf21, and SL3 cells with >90% cell viability and transfection efficiency levels, allows for rapid, high-level protein production within 3 days. In one experiment, Sf9 cells were transfected via electroporation with an expression construct encoding three VLP antigens that resulted in significant secretion of the VLP within 48 hours post transfection. In tandem, a baculovirus expression system was used to produce VLPs containing the identical three antigens. Analysis of VLPs following sedimentation through a sucrose cushion shows the presence of the three VLP antigens in all electroporation and baculovirus samples; however, baculovirus protein contaminants were also present in preparations of VLPs from baculovirus-infected cultures. This is consistent with the literature, which documents the propensity for baculovirus protein contamination, creating purification challenges, and yield loss.17,18 VLP production is streamlined with flow electroporation because there is no need to create a viral stock, go through several rounds of virus amplification, or remove contaminating baculovirus proteins during purification. 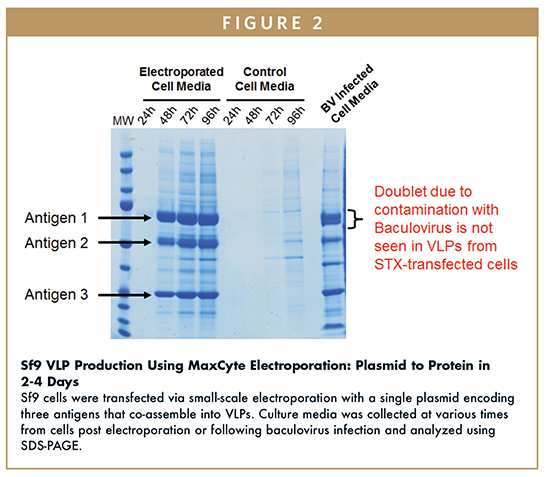 VRPs are produced by (co)transfecting cells with an alphavirus replicon RNA and helper RNAs or DNA plasmids expressing the alphavirus structural proteins, followed by harvesting of VRP-containing culture media. Many different cell lines are permissive to alphavirus infection, allowing a variety of cells to be used for VRP production. Vero and BHK are most common, but others including CHO and HEK have been used. Several VRPs produced via electroporation of Vero cells have entered into clinical studies.17

Alphavirus VRP experiments have been conducted in which the current “best practice” of transfection was compared to electroporation. Production of two VRPs was assessed: one expressing GFP and the second expressing the HIV gag protein. Electroporation led to 9X higher relative titers of both the GFP and HIV gag-expressing VRPs over the current best practice method.

Lentiviruses, a subclass of retroviruses, are popular in vivo gene delivery vectors due to their unique ability to integrate into the host genome of non-dividing cells, the minimal immune response they induce, their reduced risk of insertional mutagenesis, and the long-term nature of their expression. Lentiviral vectors are developed by removing all the viral genes except those required in cis in order to complete a single round of replication. All other viral components are provided in trans during lentivirus stock production, and for biosafety considerations, the components are generally encoded by three to five separate plasmids

Due to the toxicity of vector components to the host cell, stable lentivector production cell lines are difficult to generate. Thus, lentivirus stocks are historically produced by transiently co-transfecting a host cell line with the multiple plasmids encoding the various lentivector components.18 Inefficiencies associated with chemical-based transfection methods, particularly when they are used for multi-plasmid co-transfection, typically restrict lentivector production to adherent cells, which are easier to transfect but are challenging to culture at large scale. Flow electroporation offers a rapid, fully scalable and cGMP-compliant alternative to chemical-based transfection methods that efficiently co-transfects suspension-adapted cells.

Two factors should be foremost when facing a rapid response situation: the need to accelerate development of vaccines and the need for a large quantity of protein. Flow electroporation can provide large quantities of protein using commercially available cell lines and standard processes. Furthermore, flow electroporation can accelerate development of antibodies, recombinant antigens, VLPs, VRPs, viral vectors, and cell immunotherapies, thereby reducing cost and shortening timelines. With unmatched quality, flexibility, and scalability, flow electroporation is a universal, cost-effective platform that supports the full range of biotherapeutic and vaccine development activities. 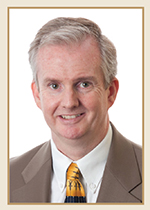 Dr. James Brady is Director of Technical Applications at MaxCyte, Inc, where he has worked since 2004. Dr. Brady earned his BS in Biology from the College of William and Mary and his PhD in Genetics from Indiana University. He also completed post-doctoral training at the National Eye Institute of the National Institutes of Health. 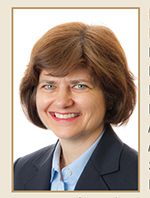 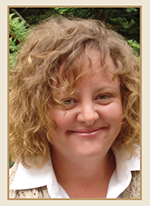 Dr. Krista Steger is President and Founder of Forge 4ward and a consultant to MaxCyte, Inc. She has more than 15 years of experience in global scientific marketing at leading biotechnology companies and start-ups. Dr. Steger earned her PhD in Cell and Molecular Biology at the University of Wisconsin-Madison.