With the passage of the Biosimilar Price Competition and Innovation Act (BPCIA) in 2009, the US created new pathways for development and approval of biosimilar and interchangeable products [Section 351(k) of the Public Health Service (PHS) Act (42 U.S.C. 262)], in the hopes of creating a low-cost alternative to expensive, innovator-marketed biologics whose patent terms were expiring.1 The BPCIA was intended to be a major cost-containment mechanism of the Patient Protection and Affordable Care Act of 2010. The origin of the BPCIA had its roots in the Drug Price Competition and Patent Restoration Act of 1984 championed by Senators Waxman and Hatch, which has provided low-cost generic alternatives to prescription brand-name drugs for the three subsequent decades. What Congress failed to appreciate at the time was the current state of protein characterization science and consequently whether interchangeability could in fact be obtained or what level of biosimilarity was acceptable.

As has been well documented in the years prior and subsequent to the passing of the BPCIA, the analogy of “generic” does not transfer well from the realm of small molecule drugs to that of biologics, due primarily to biologics’ considerably larger molecular size and complexity of manufacturing that may affect the final product in terms of tertiary structure or post-translational modifications (Prugnaud and Trouvin, 2013). The FDA has issued four draft guidances to help clarify expectations regarding the concept of “biosimilarity” and thereby to assist manufacturers in the development and approval of biosimilars.

However, despite the availability of these guidances, no biosimilars have been approved by the FDA to date. The primary reason is that the additional work required to demonstrate similarity of the efficacy and safety of the biosimilar molecule to the original approved biologic is sufficiently burdensome to make approval via the original approval pathway for biologics [351(a)] equally attractive to biosimilar manufacturers. Also, by choosing the 351(a) BLA innovator biologic pathway, the company is entitled to a 12-year marketing exclusivity period associated with this development pathway versus as little as 12 months of marketing exclusivity if it was approved as a biosimilar [351(a)(6)].

The FDA espouses that clinical and nonclinical work will be abbreviated for biosimilar approval, and that approval will be granted on the basis of the “body of evidence” provided by the manufacturer, but that each application will have to be handled on a case-by-case basis. However, this is potentially much more labor intensive than the traditional biologic development process familiar to pharmaceutical and biotechnology companies. Development of a biosimilar currently requires significant comparability work be agreed upon a priori with the FDA, and this work must be “front-loaded” in the development program. Depending upon the results of this comparability nonclinical and manufacturing work, additional work most likely will be required.

There are several companies that have successfully gained marketing approval for biosimilars in Europe that are effectively currently assisting the FDA in determining the data package that will eventually be required for approval of a biosimilar in the US. The difficulties stem to some degree from the division of the US FDA into the Center for Biologics Evaluation and Research (CBER) and the Center for Drugs Evaluation and Research (CDER) due to evolutionary organizational reasons. The European Medicines Agency (EMA) is able to bring to bear the same scientists to evaluate both small molecules and biologics, and consequently, there is not the same degree of separation of opinions about how each type of molecule is regulated within one agency. Consequently, the EMA was able to foresee this biosimilar pathway’s emergence much earlier and issue a number of class specific guidances that contain specific recommendations for development.

In addition, achieving an FDA determination of true interchangeability of a biosimilar versus an original biologic product as exists for generic and innovator small molecule drugs will not be accomplished until a great deal more is understood about the biochemical processes generating these molecules and the contributions of the various regions of the molecules to efficacy and safety concerns. Of primary concern is the contribution of the various structural elements of the biosimilar molecule to the safety concerns in clinical studies. Efficacy can more easily be demonstrated in a reasonably sized clinical development program, but it is safety that regulators struggle to define the minimum number of subjects that represent a sufficient safety database to warrant marketing approval.

The scientific methods that are used to determine molecular similarity are currently insufficient to specifically identify the relationship between differences between a biosimilar and an original biologic. For example, assigning an adverse event observed in a clinical study to a specific peak in a mass spectrometry profile is imprecise at best, but we are nowhere near this level of precision at the current time. Consequently, the regulatory authorities emphasize that the “body of evidence” will determine their judgment as to the biosimilarity of a molecule. The FDA has championed the need to begin to consider the safety of pharmaceuticals and biotechnology products as a science, but as yet the integrated effort required to produce these types of results has not been embraced by industry, academia, or governmental agencies. Until much more work is done defining the relationship between structural elements of a biological molecule and the adverse events observed in the clinic, the determination of biosimilarity with regard to safety remains largely subjective.

Consequently, while many large pharma companies have announced their intention to develop biosimilars, many manufacturers have chosen to develop alternative products designed to be more than just biosimilar – biosuperiors or biobetters.2 These are products similar to the original approved biologics, but with some measurable superiority, such as extended therapeutic effect time or a reduced adverse event profile. These products are being developed and approved via the traditional 301(a) BLA pathway for biologics and are required to demonstrate efficacy and safety without the necessity of comparability studies designed to demonstrate their similarity to the originator molecule.

This approach has several advantages. First, it relieves the product sponsor from conducting a large Phase III active-control clinical study versus the innovator biologic demonstrating equivalence.3 These types of studies are larger and less scientifically rigorous than clinical studies versus placebo and carry all the vagaries of generating meaningful data from a clinical study (ICH E3, Section 9.2). Of course, the efficacy of the biosuperior product has to generate efficacy and safety data demonstrating a risk/benefit ratio of the same approximate magnitude as the innovator product, but not in a head-to-head comparison. The biosuperior developer will be measured against the results obtained by the innovator in their current package insert. Consequently, the work required for approval of a biosuperior would more closely resemble the 505(b)(2) New Drug Approval (NDA) regulatory pathway for “improved” approved drugs leveraging the FDA’s knowledge of previously approved innovator products as opposed to the 505(j) NDA pathway for generic drugs with its expectations of interchangeability.

In fact, the 505(b)(2) pathway has already been utilized in the approval of biosimilar molecules that fall under the purview of the Center for Drug Evaluation and Research (CDER) as opposed to those that fall under the Center for Biologics Evaluation and Research (CBER). For historical reasons, hormones are regulated by the Food Drug and Cosmetics Act of 1938 and not the Public Health Service Act. Consequently, well-characterized hormone molecules, such as insulin and somatropin, have several products competing for the market and undoubtedly put pressure on the original innovator price of these products. In Europe, where there is no distinction between the approval pathways for drugs and biologics, several molecule-specific guidances have been issued to assist product sponsors with the development of these well-characterized molecules (ie, insulin, somatropin, erythropoietin, granulocyte-stimulating hormone, follicle-stimulating hormone, and interferon).

One might say that focusing on biosuperiors defeats the original purpose of legislation for development of biosimilar products, ie, the reduced sales cost to the consumer that has been well documented in the generic drug market. However, due to the complexity of development of biologics, the expected sales price of biosimilars was anticipated to originally be in the range of 70% to 80% of the originator molecule as opposed to the approximately 30% of the originator drug that has been documented for generic drugs.4 Consequently, the price competition that might result from the presence of viable biosimilars on the market was never expected to be game-changing for consumers the way that small-molecule generics have been. For biosuperiors, the degree of superiority represented by the biosuperior competitor may alter this dynamic significantly, perhaps leading to a premium price for the biosuperior relative to the innovator product. In general, it is safe to assume biosimilars and biosuperiors will not realize anywhere near the degree of price discount seen with small molecule generics.

Aside from questions around how to prove “biosimilarity” or the likely effects on product pricing, the current debate raging between the companies manufacturing biosimilars and innovators revolves around the International Nonproprietary Names (INN) convention for biosimilars.5,6 The companies manufacturing biosimilars, reasoning along the same lines as the intent of Hatch-Waxman for generic drugs, argue that all derivatives of an innovator molecule must possess the same INN name. However, the manufacturers of the innovator molecules argue that while similar, the subsequently approved biosimilar molecules will likely possess significant differences in glycosylation and tertiary structure and consequently should be examined separately for adverse events that may not be affiliated with the safety profile of their innovator molecules. However, until a bona fide biosimilar is approved in the US, this discussion is perhaps premature and assumes that regulatory protein science will eventually evolve to the point where detailed molecular structural information can definitively be matched with the safety and efficacy events a biological product demonstrates. In fact, the FDA has recently stated it wants its biosimilar naming guidance released before approving an application.

Was it possible to see the evolution of biosimilars and biosuperiors prior to the passage of the BPCIA? Much of the prior debate focused on whether it was even possible to manufacture a biosimilar to the exacting standards required to mimic the efficacy and safety of an approved biologic. Large pharma emphasized the inability of biosimilar manufacturers to replicate the complex structure of biologics and hence predicted the introduction of unknown safety concerns attributed to the changes in structure. Nonetheless, many large pharma companies stated their intent to refocus some of their efforts on biosimilars while others steadfastly avoided this commitment or expressed their intent to pursue biosuperiors. The development of biosuperiors will no doubt also encounter some regulatory hurdles not experienced during the innovator molecules’ development. For one, it will be of critical importance for the developers of biosuperiors to convincingly demonstrate to the FDA their advantage over the innovator molecule if they intend to advertise that distinction. Hence, the current state of protein science seems to augur approval decisions and court battles focused on the clinical relevance of the superiority rather than the similarity of biosimilar compounds to innovator molecules. 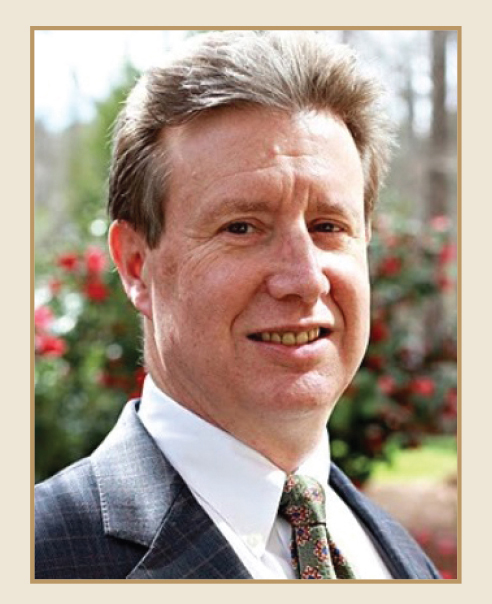 Dr. David Shoemaker is Senior Vice President R&D at Rho, with more than 25 years of experience in research and pharmaceutical development. He has served as an advisor for multidisciplinary, matrix-managed project teams and has been involved with products at all stages of the development process. He has extensive experience in the preparation and filing of all types of regulatory submissions, including primary responsibility for four BLAs and three NDAs. He has managed or contributed to dozens of INDs/CTAs and over a dozen successful NDAs, BLAs, and MAAs. Dr. Shoemaker has moderated dozens of regulatory authority meetings for all stages of development and supported several companies at FDA Advisory Committee meetings. He has authored or overseen dozens of Orphan Drug Designation applications, has developed several successful Accelerated Approval programs, and has secured several Priority Review applications.