An increase in resistant strains of bacteria – coupled with a lack of commercial interest in developing new antibiotics – means that useful antibiotics are in short supply, and becoming less effective, with no new classes of antibiotics having been developed for 25 years.

The majority of severe Clostridium difficile infection (CDI) cases occur in a healthcare environment, such as hospitals or care homes. Older people are most at risk from infection. Those aged over 65 account for three quarters of all cases. The UK Office of National statistics reported that in England and Wales, the number of CDI cases increased from 44,107 to 51,690 between 2004 and 2005, with 2,700 deaths recorded in 2011.

Recently, the US Centers for Disease Control (CDC) reported that hospital-based CDI incidence was 250,000, with 14,000 deaths. The most pathogenic strain of C. diff, NAP1/027, which has emerged in recent years, tends to cause more severe infections and is becoming globally more prevalent. In the US, it causes around 50% of all CDI infections, in Canada, near 80%, and in in England 36%. The current therapies for CDI, metronidazole, vancomycin, and recently fidaxomicin, have very limited activity against this strain as they have predominantly bacteriostatic activity. By contrast, MGB-BP-3 has a strong bactericidal effect against the majority of C. diff strains, including the most virulent NAP1/027 strain.

The current therapeutics for CDI are associated with high recurrence rates due to their predominantly bacteriostatic activity, and have a weak effect on C. diff sporulation. MGB-BP-3 has shown to be more potent in reducing C. diff sporulation than vancomycin. In contrast to the existing CDI therapy, MGB-BP-3 is active against vancomycin-resistant enterococci (VRE), which are found in up to 50% of CDI patients, coinfection with which is often responsible for a patient’s poor prognosis.

Additionally, MGB-BP-3 has been shown to act against C. diff within the first hour of administration, whilst vancomycin requires up to 24 hours to achieve an optimal effect. The economic burden of CDI is estimated to be $7 billion, or $6,000 per patient, for the cost of hospitalization and standard treatment. All these factors indicate that MGB-BP-3 is more active in CDI treatment and has the potential of substantially benefitting CDI patients and reducing hospital days and overall CDI treatment costs.

Governments have only recently begun to grasp the scale of the problem, with health authorities in the US and Europe introducing the GAIN Act (Generating Antibiotic Incentives Now) in 2012, which aims to facilitate a faster and less-expensive process to bring novel antibacterial agents to the market.

In the UK, Lord Jim O’Neill was appointed in May 2015 by Prime Minister David Cameron to chair a review into the crisis of antimicrobial resistance (AMR).

The AMR Review, which concludes this summer, has so far published four of the six planned papers, analyzing key topics affecting the global issue of antimicrobial resistance and the use of antibiotics in agriculture; antibiotic misuse and over-prescription, and the importance of better diagnostics.

In his review, Lord O’Neill estimates that by 2050, infections untreatable with antibiotics could cost the global economy $100 trillion, and kill 10 million people a year. However, the report also shines a light on the industry as a whole, suggesting in part that lack of research in this critical area is down to antibiotics previously being expensive to develop, providing only small returns to drug companies.

In January this year, at the World Economic Forum in Davos, 85 pharmaceutical companies joined together to call on governments around the world to develop new ways of remunerating them in order to develop antibiotics. In a joint statement, they said that the reward for developing antibiotics historically “did not reflect the benefits they bring to society.”

The declaration from drug and diagnostics companies, including Johnson & Johnson, Roche, Novartis, and Pfizer, called for governments to “commit funding and support the development and implementation of transformational commercial models that enhance conservation of new and existing antibiotics.”

After years of scaling back research into new antibiotics owing to these low returns, spurred on by this growing awareness of the antibiotic crisis, the biopharmaceutical industry has made some moves toward re-entering the field. In particular, recent development has focused on Gram-positive infections, responsible for a large proportion of serious infections worldwide.

Clostridium difficile infections are on the rise, for example, with recent estimates suggesting that up to a half a million cases a year currently occur in the US alone. The UK Office of National statistics reported that in England and Wales, the number of CDI cases increased from 44,107 to 51,690 between 2004 and 2005 in the over 65s, with 2,700 deaths recorded in 2011. Similarly in the US, 95% of 14,000 deaths attributed to CDI were in those aged 65 and over. The direct economic burden of managing CDI in developed countries is estimated to be approximately $7 billion. 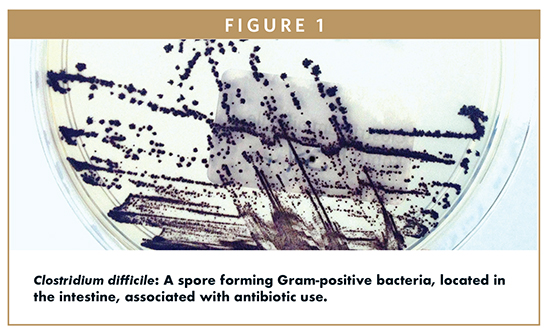 Data also shows cases of CDI more than double the risk of death within 30 days of diagnosis, and causes or contributes to 40% of deaths that occur within 3 months of diagnosis. Furthermore, recently evolved hyper-virulent strains of C. diff. produce robust amounts of the disease-causing toxins, more spores and additional surface proteins that help it to persist in the gut environment. Up to 25% of treated patients have a CDI recurrence within a month after initially successful therapy; the total cost of CDI in the US or Europe is estimated to be up to $6 billion a year.

A NEW CLASS OF ANTI-INFECTIVE MEDICINE

Glasgow’s MGB Biopharma began operations in April 2010, funded by an Angel syndicate and the Scottish Co-Investment Fund. The company has since been working on a new agent for Gram-positive infections based on Minor Groove Binder (MGB) technology evolving from the University of Strathclyde in Scotland.

MGB’s experienced management team has dedicated its focus to the development of a new class of small molecules, with specific antibacterial activity against susceptible and resistant bacteria – making rapid progress against Gram-positive pathogens such as C. difficile.

The company is currently advancing lead product MGB-BP-3, which is being developed for the oral treatment of CDI.

MGB-BP-3 is a synthetic polyamide directed against Gram-positive bacteria, developed by Professor Colin Suckling at the University of Strathclyde. It binds to the minor groove of bacterial DNA; these are the grooves created from the close proximity of DNA strand backbones.

The common feature of these compounds, including MGB-BP-3, is that they recognize specific regions of DNA and appear to be able to achieve high selectivity and efficacy by interrupting the biochemistry of a cell at a fundamental level. The activity of minor groove binders are determined by their ability to bind to sequences that are rich in the amino acid base pairs A and T within the minor groove of DNA, in a sequence and conformation-specific fashion.

As a result, this process interferes with transcription factors and alters genetic regulation. Some compounds belonging to this group are already under clinical development or are even commercially available, such as pentamiden and furamidine against a range of human parasitic diseases, and brostacillin as an anticancer agent.

MGB-BP-3 has the potential to provide substantial benefit to patients, particularly the elderly and the immuno-compromised, in an area of increasingly unmet medical need, as the problem of bacterial resistance to current therapies is becoming acute. In combatting CDI and reducing its recurrence, MGB-BP-3 has the potential to alleviate the ever-increasing financial strain placed upon healthcare systems. The current gold standard for CDI treatment is vancomycin, and resistance to this drug is increasing, with recurrence rates now estimated to be approximately 30%. MGB-BP-3 is able to offer a potential cure to CDI by providing superior treatment. In contrast to vancomycin, which is mainly bacteriostatic, MGB-BP-3 is, with its novel mode of action, strongly bactericidal against the majority of C. diff strains, including the most virulent strain NAP1/027. As such, it reduces the sporulation process responsible for the survival of C. diff and its regrowth, which causes disease recurrence.

MGB Biopharma has undertaken extensive formulation work aimed at developing a freeze-dried product that can be administered intravenously. This formulation of MGB-BP-3 will address systemic Gram-positive infections, such as MRSA, VRE, and Streptococcus. Pivotal proof-of-concept and ADME studies assessing IV MGB-BP-3 against Staphylococcus aureus (including MRSA), Streptococcus pyogenes, and S. pneumoniae have been completed. Metabolism studies using radiolabelled MGB-BP-3 to determine metabolite profile and identification, and in parallel, an in vivo study to determine mass balance and tissue distribution of MGB-BP-3 are ongoing. Preliminary nonclinical safety and tolerability studies are ongoing, and we expect formal GLP safety pharmacology and toxicology studies to follow.

MGB successfully completed a topical formulation feasibility study with its lead antibacterial MGB-BP-3 in November last year. The pre-clinical study assessed two preliminary topical formulations of MGBBP-3 in a skin infection model against a methicillin resistant Staphylococcus aureus (MRSA). The study showed that both formulations of MGB-BP-3 were successful in killing approximately 60% of the MRSA present. These very promising findings pave the way for MGB Biopharma to begin a full topical formulation development programme for MGB-BP-3 with the goal of commercializing this novel antibacterial for a range of important skin infections.

It is encouraging to see that drug development companies are realizing that, while innovation needs to be rewarded, public health also has to be safeguarded at all costs. MGB Biopharma now intends to work with partners to fully capitalize on the multiple value-creating opportunities offered by its broad and innovative anti-infectives platform.

With political pressure on drug companies around the world, one thing is clear. The AMR Review and GAIN Act show how far and how quickly the debate into tackling antimicrobial resistance is moving. The political support now exists, and this needs to be matched with commitment from the broader industry – as well as companies like MGB Biopharma. 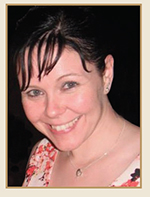 Dr. Dawn Firmin is responsible for planning, managing, and executing the pharmaceutical development of the MGB Pharma’s programs and providing leadership to the project teams. She is a scientific professional with 10 years of combined experience in immunology and infection, toxicology management, and the management of drug development of NCEs. Her expertise lies in her knowledge and experience of managing all preclinical and Phase I activities of the drug development process, including pre-IND meetings. Dr. Firmin was a Post-Doctoral Immunology Research Scientist at the University of Glasgow, specializing in a mechanistic in vivo model of Ankylosing Spondylitis. Prior to this, she worked for Charles River Laboratories, where she was a Senior Assistant Scientist and Project Manager of toxicology studies. Before joining CRL, she earned her PhD in Immunology and Infection at the University of Aberdeen and her MSc in Medical Diagnostics at Cranfield University. She has authored and coauthored academic papers and is a member of the Scottish Life Science Association.