ADAPTIVE FOCUSED ACOUSTICS – Scalability of AFA in Nanoemulsions: From Microliters to Continuous Flow

Emulsification is a key step in a vast array of processes, whether pharmaceutical, nutraceutical, or cosmetic. Within the pharmaceutical industry in particular, applications include injectable medications and nutrition supplements, topical creams, and oral formulations. Emulsifying oils in water enables drugs with a low solubility to be easily incorporated into a water-based formula, improves the palatability of oral drug formulations, and allows for careful control of the absorption of formulations by different organs, among other benefits.1

Emulsions are fine mixtures of two immiscible phases, most commonly oil and water, with droplets of one phase, the dispersed or discontinuous phase, distributed throughout the other, continuous, phase. Given sufficient time, however, the dispersed phase of an emulsion will undergo Oswald ripening and coalescence in order to minimize its surface area, eventually producing two distinct layers.1,2

The use of surfactants can be used as emulsifying agents to facilitate the formation of kinetically stable emulsions. Good emulsifying agents tend to be preferentially soluble in the continuous phase and act to decrease the interfacial tension by surrounding the dispersed phase droplets.2 The suitability of a particular emulsifying agent can be evaluated using its hydrophilic-lipophilic balance (HLB), a ratio of the relative hydrophilicity and lipophilicity of a molecule. For an oil-in-water emulsion (O/W), an HLB of between 8 and 15 is required for a substance to be an effective emulsifying agent. The specific ratio of components used has a bearing on droplet size; increasing surfactant concentration relative to dispersed phase concentration has been shown to decrease the average particle size.3-5 The viscosities of the dispersed phase also affect the particle size. Low viscosity phases have lower interfacial tensions, facilitating shearing of the fluid into smaller droplets.6 As a result, less viscous discontinuous phases produce smaller particles.7 These variables also impact the overall stability and shelf-life of commercial emulsion products.

Current methods of emulsion production include high shear mechanical stirring, homogenization, microfluidization, and sonication. Mechanical mixing occurs in vessels equipped with turbines, propellers, or impellers. These methods utilize pressure gradients in the fluid to create bubbles that forcefully implode in a process called cavitation.6 Using a valve and valve seat setup, homogenizers push components through a very thin opening at high pressure.1 Microfluidizers pump components through micro-channels at extremely high pressures. Stream collisions generate the shearing force necessary to produce nanometer-size particles. These setups tend to have minimum batch sizes of at least 15 mL, and often require multiple passes to produce homogeneous emulsions.8 Typical sonication processes, including bath sonication and probe sonication, use unfocused acoustic energy. These methods have various technical flaws that make them less suitable for emulsion formulation. Bath sonication is inefficient, while probe sonication may contaminate the sample with titanium eroded from the probe.9 Unfocused acoustic processing requires high energy input into the sample in order to generate a significant amount of cavitation. The excessive input energy eventually converts to heat, which can thermally damage the sample.

Covaris’ patented Adaptive Focused Acoustics(TM) (AFA) technology is a non-contact, highly efficient, isothermal, focused-energy processing method. AFA technology, like other ultrasonic processes, generates cavitation in the sample, but in a highly controlled fashion. This energy causes micron-sized vapor bubbles to form, which oscillate with the acoustic waves. Bubbles implode when they reach critical size.5 The collapse of the bubbles also generates microjets and shock waves, which are likely the driving force for disruption of the droplets nearby. The combination of the acoustic streaming of the bulk fluid and the microstreaming caused by bubble collapse improves the mixing of the sample and produces a homogeneous emulsion.

In this study, rice bran oil-in-water (O/W) emulsions were prepared in single vessels ranging in size from 300 microliters to 22 mL, utilizing vessels made out of both glass and stainless steel (SST). Emulsions were also prepared using continuous processing in 2-mL and 22-mL SST flow cells. Tween-80, a surfactant having a HLB value of 15.0, was used.1,3,4 In this article, we describe the successful use of the AFA technology to produce different volumes of O/W emulsions in single vessels, and O/W emulsions in a continuous flow format.

Single-vessel samples were prepared in glass vials and SST vessels, such that the overall composition of the mixture was 4.25% rice bran oil, 8.5% Tween-80, and 87.25% deionized water. A schematic of the continuous flow experiment setup is shown in Figure 1. Feed 1 was formed by preparing an 8.5:87.25 Tween-80-to-water solution, while Feed 2 was composed purely of rice bran oil. The flow rates of the pumps were set such that the total feed composition would be 4.25% rice bran oil (qin), and 95.75% Tween-80 and deionized water mixture (qin). The two pumps were started simultaneously, and when the chamber had filled, AFA processing began. The flow rate of the system was determined by the volume of the outflow (qout). Samples were then exposed to AFA using an S220x instrument with acoustic treatment parameters listed in Table 1. All samples were tested at 50% duty factor and 1000 cycles per burst, and batch experiments were repeated three times. These parameters were chosen as a result of previous internal research.

To determine the size of the oil droplets in the O/W emulsion, portions of the AFA-processed samples from each single vessel or each continuous flow time point were examined using a Malvern Zetasizer ZS-90 (Worcestershire, UK) at 25°C, and three measurements were made per sample. Additionally, an Olympus DX53 microscope (Center Valley, PA) at 40x magnification was used to view the droplets.

Comparisons were made of the sample before and after AFA treatment using a 2-mL glass vessel (Figure 2). The mean particle size was significantly reduced following AFA processing; within 5 minutes, particle size had decreased more than 30-fold.

Further experiments showed that vessels can repeatedly produce particles on the scale of 500 nm. Based on the same acoustic energy consumptions per unit volume (kJ/ml), different sizes of glass vials produced average particle sizes within 20 nm of each other. The sample variation, however, was somewhat broader, with standard deviation among samples as large as 90 nm (for the 4 mL vessels). Regardless, all of the z-average values (mean particle size) fell well within the expected range of sizes (400 nm to 600 nm). In contrast, the SST vessels produced smaller particles with significantly less sample variation using less acoustic energy per unit volume than the glass vessels. Unlike the disposable glass vessels, in which the precision may be limited by the process of glass manufacturing, the emulsion yields from SST vessels are more reproducible because of the highly engineered vessel design. This, combined with the higher transmission of acoustic energy through the Kapton film on the bottom of the vessel and greater dissipation of the heat, makes Covaris’ SST vessels more efficient, requiring lower energy densities than glass vessels. As a result, these SST vessels produced highly reproducible results.

AFA technology can be easily adapted to continuous flow processes. The 2-mL flow cell was used to examine the effect of flow rate on particle size. It was found that droplet size increased fairly linearly with flow rate, and by altering the flow rate, the particle size can be tailored as needed. These observations agree with results in the literature, whereby increasing the ultrasonic processing time for a sample decreases the particle size.2,5 As shown in Figure 3, different flow rates from 5 mL/min to 15 mL/min were tested, creating particles ranging in mean size from 340 nm to 450 nm after equilibrium. Increasing the flow rate decreased the mean residence time. As a result, the mixture remained in the vessel for less time on average, so the particle size increased because the processing time for any portion of the mixture decreased. The mean particles after equilibrium produced using continuous flow were, in fact, smaller than those produced in individual vessels, which was likely due to the improved mixing introduced by the bulk fluid motion in the flow cell. In this way, it was possible to tailor the droplet size and produce particles that matched the size of those produced in glass vials.

It should be noted that the equilibration times of the continuous flow processes were quite brief – within 2 minutes – and the particle size stabilized for all tested flow rates (Figure 3). Having a short equilibration time is economically advantageous, especially where precious components are concerned, as waste is minimized. As was seen in these experiments, it was possible to produce O/W emulsions by continuous flow at relatively high rates; for instance, in an 8-hour shift, up to 7.2 L of emulsion was produced using a single 2-mL flow cell. With multiple units set up in parallel, the production rate can be scaled up significantly. Additionally, unlike microfluidizers and homogenizers, the use of AFA for processing only necessitates one pass to create uniform emulsions.11

Scalability of AFA in production of O/W emulsions was demonstrated across many vessel sizes and types without adversely affecting size distribution (Figure 4). By adjusting the acoustic parameters of the experiments, consistent particle size distributions can be obtained both in single-cell and continuous flow processes. As the vessel size was increased, the required power input was increased, as was the time required to obtain the same average size.

In addition to the acoustic parameters, the temperature of the sample also affects the mean particle size of the emulsion. Cavitation and viscosity, which influence particle size, are both affected by temperature. The strength of cavitation bubble collapse is reduced with increased sample temperature.5,6,10 As the temperature of the sample increases, the vapor pressure within each cavitation bubble increases, reducing the force upon implosion, which reduces the shear force applied to the particle.10 However, the incidence of the bubble collapse tends to increase at higher sample temperatures. The higher temperatures reduce the viscous force, which also reduces the strength of the bubble collapse. Meanwhile, as viscous forces become weaker at higher temperatures, the ease of mixing increases, facilitating the formation of small particles. Increasing the bath temperature decreases the average particle size and makes the process more repeatable. As a result, 10°C and 20°C were determined to be the optimal processing temperatures for creating 500-nm particles in SST and glass vessels, respectively, yet with further tuning, the particle size could be even more finely controlled. Additionally, AFA is able to produce homogeneous O/W emulsions from as little as 300 microliters up to continuous flow in both glass and SST vessels in a consistent manner (Figure 4).

The current study demonstrates that Covaris’ Adaptive Focused Acoustics can quickly and easily produce nanoemulsions on sample scales varying from 300 microliters to continuous flow. By adjusting bath temperature, acoustic power, and processing time, it is possible to control the particle size of the O/W emulsion using AFA processes. In addition, the production rate of the sample in continuous flow can be increased simply by connecting multiple AFA processors. 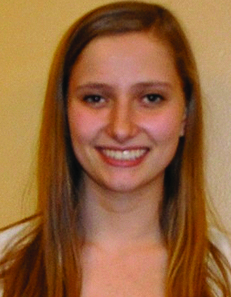 Laura E. Forte is an undergraduate at Massachusetts Institute of Technology working toward a BS in Chemical Engineering. She was working at Covaris, Inc. as an intern, where her research focused on the scale-up and continuous flow processing of formulations. In previous research, Ms. Forte has done work with crystallization and drug formulation. 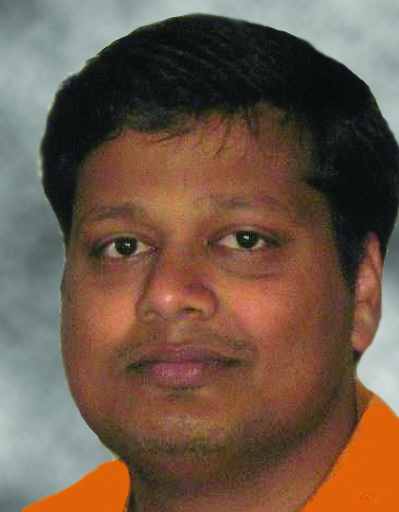 Dr. Srikanth Kakumanu earned his PhD from the Department of Biomedical Engineering and Biotechnology at University of Massachusetts in 2010. Since June 2010, he has been working as Research Scientist at Covaris Incorporated, where he heads the research in the application of Adaptive Focused Acoustics in formulations (dissolution, micronization, nano-suspension (tops down milling and sonocrystallization), drug delivery systems (polymer nano-particles, nanoemulsions, and liposomes). His major focus of research is scaling the AFA process to pilotscale and continuous flow sample volumes.