When it comes to assessing the future of the pharmaceutical industry, one cannot overlook the rising importance and opportunities in the field of transdermal drug delivery. The advantages of a non-invasive method of drug delivery that offers both convenience and efficiency already outweigh the more traditional methods of oral delivery and hypodermic needles as the process eliminates gastrointestinal toxicity and first-pass metabolism associated with the more conventional techniques. In addition, the field has progressed well beyond the first generation of patches and gels to now include various devices and modalities, such as microneedles, phonophoresis, and iontophoresis; however, the transdermal drug delivery process has yet to reach its full potential.

To date, the number of drugs that have successfully breached the skin at therapeutically useful levels have been severely limited due to difficulties moving larger, and chemically non-compatible molecules across the skin’s biologically active barrier. The outermost layer of the skin, the stratum corneum, acts as a natural barrier against the entry of hydrophyllic drugs and macromolecules that have higher melting points and molecular weights. As of April 2013, only a handful of low-dose hormones, nicotine, Fentanyl, 2 Anti-parkinson drugs, a bladder incontinence drug, and nitroglycerin transdermal solutions have been approved by the FDA.

As industry experts continue to focus on optimizing the existing modes of delivery to account for the limitations imposed by the stratum corneum, the team at Transdermal Delivery Solutions Corp. (TDSC) has been leveraging its patented technology to develop a unique patchless, metered pump, spray-on drug delivery system and products.

In 1997, the team at TDSC began research on developing a safer and more efficient method of drug delivery. Rather than focusing their efforts on optimizing a delivery device to simply overcome the challenge presented by the stratum corneum’s barrier, the team took an innovative approach to solving the problem by creating an entirely new hypothesis based on the notion that delivery of large complex drug- and carriersystems was possible.

This approach required an investigation into what sorts of compounds could transmigrate the skin readily and rapidly. The TDSC team found that a variety of organic compounds, petro-chemicals, and physiological substances such as hyaluronic acid and dimenthyl sufoxide (DMSO) inadvertently or intentionally already possessed this ability.1,2 From this observation, TDSC researchers deduced that the physical size of the compounds was not the key barrier; however, they believed that certain aspects of the physical chemistry of these compounds, when balanced in appropriate ratios, made them invulnerable to the skin’s defense mechanisms.

In order to protect the drug from the skin and vice-versa, the team looked for a formulation technique that would employ nutritional and food supplement compounds to achieve the optimal physical chemistry effect during the drug delivery process. This research, conducted at the William Harvey Institute at St. Bartholomew’s hospital in London, led to the formulaic discovery that would become the benchmark for the TDS patented system.

The TDSC platform was designed under the guiding principles that the system must: (1) rapidly move the drug through the skin in an intact, bioavailable form, (2) Employ GRAS or near-GRAS compounds that are compatible with the biological nature of the existing dermal barrier, and (3) modify the solute to enable temporary disruption of the skin’s ability to recognize it as foreign and defend its transmigration.

In 2002, the Transdermal Delivery System (TDSÂ®) officially became a patented process. Simply put, the patented TDS process combines compounds for dissolving drugs with a dose of the drug, to create a liquid or semi-solid vehicle that safely transports the Active Pharmaceutical Ingredient (API) through the skin and releases it into body in an intact, bioavailable form. Like gels, no patch or application appliance is required other than unit-dose packaging or a metered pump sprayer.

In February of this year, TDSC scientists reached an agreement with the FDA Division of Reproductive and Urological Products (DRUP) to conduct the 22-Day Repeat Challenge Cumulative Dermal Irritation study outlined in the FDA Guidance to assess the safety of the individual ingredients, as well as the system as a whole. The system and, by inference, all of its inclusions proved neither toxic nor irritating to the skin. The TDSC transdermal delivery system’s toxicology study report is scheduled to be submitted to the FDA in the second quarter of this year, along with extensive data on the safety of all the excipients. 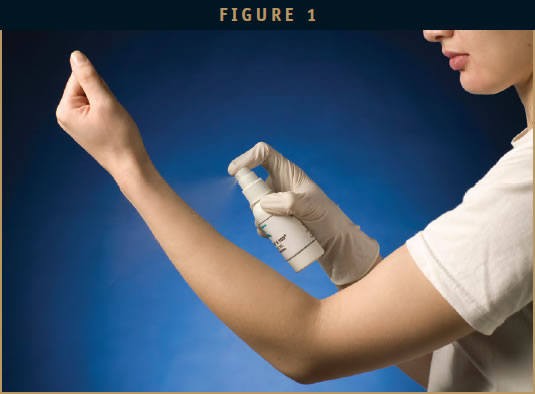 In July of 2012, TDSC announced it was in the later development stages of its first product, TestagenTM, a spray-on treatment for low testosterone levels in men. Approximately 13.8 million men in the United States suffer from low testosterone levels, commonly referred to as “Low T,” which has been linked to common ailments ranging from hypertension to low sex drive. Of the 13.8 million men suffering from low testosterone, it is estimated that only 1 million are currently undergoing treatment. Testosterone Replacement Therapy (TRT) drug sales have increased significantly throughout the past decade, from approximately $552 million in 2006 to $2.1 billion in 2012.

The safety and efficiency of transdermally delivered testosterone for hormone replacement has been extensively researched; however, there are currently product safety issues with all current forms of transdermal testosterone hormone replacement, including site-of-application reactions in patches and roll-on gels, and dangers of inadvertent dosing to third parties by contact with gel preparations remaining on the skin.

Testagen TDS has been designed to address these problems of transdermal hormone replacement therapies. The patented treatment formulation is expected to revolutionize topical testosterone application as the system provides faster absorption and lowers transferable concentrations left on the skin. To ensure the drug’s delivery is safe and as efficient as possible, the formulation process produces an extremely stable dose-specific and drug-specific formula, and has a quick-to-dry ethanol base that mitigates transference.

Testagen has been under evaluation for more than 10 years and has completed two human trials, and Phase IIb/III clinical trials are expected to begin later this year. 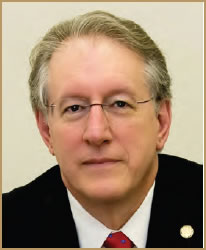 Mr. Kenneth Kirby is the President, CEO and Founder of Transdermal Delivery Solutions Corp (TDSC), where he oversees both operations and technical development. Mr. Kirby has been a pioneer in transdermal delivery since 1990 and is the primary inventor of TDSC technology. In 2001, he formed the Langford Research Institute and started a fully funded academic and research collaboration with the William Harvey Research Institute at St. Bartholomew’s and Queen Mary’s Medical College, University of London. Mr. Kirby has personally directed the preclinical and clinical research efforts with the Harvey encompassing 19 trials of 17 varied compounds and 7 human trials. He is a cum laude graduate of the Florida State University’s College of Arts and Sciences. 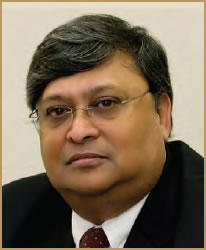 Dr. Chandan A.S. Alam is the Executive VP and Chief Science Officer of Transdermal Delivery Solutions Corp. (TDSC). Dr. Alam earned his Bachelor of Biological Sciences degree with Honors from London Guildhall University. He earned his MD at St. Georges University School of Medicine in Grenada for preclinical training, and clinical training at The Royal London Hospital School of Medicine. Dr. Alam is currently a member of East London Research Ethics Committee and is employed as a Senior Research Fellow with the Bone and Joint Research Unit at the William Harvey Research Institute at St. Bartholomew’s Hospital Medical College in London . In this role, he is actively researching the transdermal delivery of drugs in both in vivo preclinical and clinical trials. He has published more than 45 papers, posters, and book chapters on angiogenesis, various animal models of disease, and transdermal delivery of drugs.