THERAPEUTIC FOCUS – The Future of Treating Alzheimer’s Disease: Aducanumab & Beyond

A final analysis of data from Biogen’s larger Phase 3 dataset of the EMERGE study with aducanumab for treatment of Alzheimer’s disease (AD) demonstrates that this investigational antibody reduced clinical decline in patients on several clinical endpoints and biomarkers. Aducanumab uniquely and specifically binds to aggregated toxic amyloid beta monomers that are thought to be primarily responsible for the cognitive decline and neurodegeneration seen in AD patients. A small molecule, GAL-101, currently in clinical development by Galimedix Therapeutics for treatment of glaucoma and dry macular degeneration, has similarly demonstrated the ability to fight these toxic amyloid beta oligomers, the same targets as aducanumab, in a particularly sophisticated way. GAL-101 has the advantages of a small molecule compared to an antibody, which include easy manufacturing, oral availability, good brain penetrance and no immunological adverse effects. As such, Galimedix Therapeutics believes studies of GAL-101 in AD are warranted to develop it as a future convenient oral drug treatment for many millions of AD patient around the world. 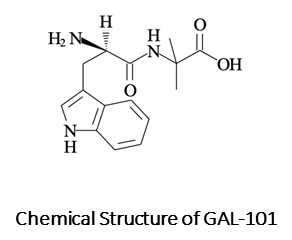 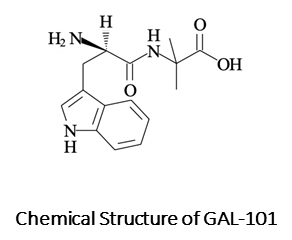 VALIDATION OF AMYLOID BETA AS AN AD DRUG TARGET

The times when amyloid beta as a drug target have been dubbed a dead horse in the race for treatment of AD are now over. In October 2019, Biogen announced a new analysis of the larger Phase 3 dataset showing that its investigational compound aducanumab reduced clinical decline in patients with early AD on multiple measures of effectiveness. Aducanumab is an antibody that specifically binds to aggregated amyloid beta monomers, which are also called soluble amyloid beta protofibrils or amyloid beta oligomers. Biogen plans to submit their data to the FDA for approval.

After decades of failure in large Alzheimer’s disease neuroprotection trials, the results from the EMERGE study with aducanumab can be considered a breakthrough and a validation of amyloid beta as a target for new Alzheimer’s drugs. However, the question remains why other amyloid beta approaches failed in so many clinical studies. 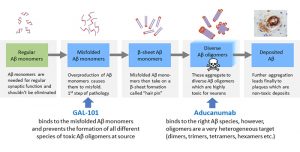 WHY WAS ADUCANUMAB SUCCESSFUL?

There are obviously some challenges with amyloid beta as a drug target and with antibodies as drugs for AD. The scientific community more and more recognizes that several forms of amyloid beta exist and that not all forms are harmful. Monomeric amyloid beta, for instance, is known to be necessary for proper synaptic functioning and amyloid beta plaques are, in fact, rather inert deposits. Secretase inhibitors and monoclonal antibodies against amyloid beta monomers causing undesired clearance of this species led to functional deficits. Antibodies targeting plaques caused immunological reactions and could release the encapsulated toxic amyloid beta species inducing additional neurodegeneration. Therefore, these are wrong approaches to new AD drugs. However, the aggregated species of amyloid beta monomers have been identified as the real neurotoxic agent causing death of neurons and cognitive decline. These amyloid beta oligomers can now, following the EMERGE study results, be considered as a validated drug target for AD. Aducanumab and GAL-101, a small molecule in clinical development by Galimedix Therapeutics, share this target.

HOW TO ADDRESS AMYLOID BETA RIGHT

The toxic amyloid beta oligomers are a highly heterogeneous target consisting of dimers, trimers, quadrumers, hexamers, octamers, etc. Some of the smaller aggregates are probably more toxic than others. That is the precise situation where antibodies face their limitations because their strength is an extremely high specificity to a single, well-defined target. It is difficult to fathom the possibility of designing an antibody that binds selectively to all the different toxic species of amyloid beta oligomers and does not interact with the regular monomers and plaques. This likely is the reason why some of the supposed oligomer-specific antibodies failed in the clinic. Aducanumab succeeded since it is obviously capable of eliminating at least some of the most toxic amyloid beta oligomer species.

The importance of the aducanumab results cannot be overestimated. The courage and the staying power of the developers at Biogen and the originator company Neurimmune deserve the highest appreciation. With unrelenting determination, they finally paved the way for the first disease-modifying treatment for probably the worst known medical threat to humankind.

There are currently at least 30 million Alzheimer’s patients around the globe suffering from this devastating disease, and there are no satisfactory treatment options. There is probably a high number of unreported cases because making an early diagnosis with no meaningful treatment options to offer isn’t in the best interest of patients. Now, there is hope for all these patients. However, how many of them can realistically get access to a high-tech antibody drug like aducanumab?

Drug candidates with such a profile exist but to date have been broadly neglected as just another amyloid beta approach doomed to fail. In fact, there is enormous potential with smart small molecule approaches that specifically eliminate the toxic amyloid beta oligomers. One of these non-antibody approaches is GAL-101 (Galimedix Therapeutics, Inc.), a so-called amyloid beta aggregation modulator, which showed significant cognitive improvement in the typical animal models of AD.

GAL-101 specifically fights the toxic amyloid beta oligomers, the same target as aducanumab, in a particularly sophisticated way. GAL-101 binds with high affinity to only the misfolded form of amyloid beta monomers even before they can aggregate to toxic amyloid beta oligomers. Then a rapid conglomeration happens, forming amorphous, non-beta-sheet species, so-called “clusters,” which are innocuous. Interestingly, once GAL-101 concentration reaches effective levels, it triggers formation of the “clusters,” which then have shown the capacity to collect additional misfolded amyloid beta monomers even in the absence of additional GAL-101 molecules, through a self-propagation mechanism. This novel “trigger effect” results in a sustained effect lasting far longer than the time a single administration of the drug remains at therapeutic levels in the brain, potentially allowing for a convenient once- or twice-per-week intake regimen for patients. Thus, GAL-101 may provide sustained prevention of formation of toxic amyloid beta oligomers in the Alzheimer brain, leading to a slowing of disease progression and a possible restoration of neural function depressed by the chronic toxic attack. The latter has been demonstrated in astonishing in vitro long-term potentiation experiments with GAL-101.

An eyedrop formulation of GAL-101 is currently under development as treatment for glaucoma and dry macular degeneration (AMD). Both these diseases are currently understood as an Alzheimer-like pathology of the retina. The proven efficacy of aducanumab in Alzheimer’s disease is also an indirect validation for drugs like GAL-101 targeting the same pathology in the retina, ie, dry AMD and glaucoma. The oral formulation of GAL-101 intended for use in AD is currently in the phase of IND-enabling studies. The introduction of antibodies eliminating toxic amyloid beta oligomers will doubtlessly be a breakthrough in the treatment of AD and a blessing for many patients in need. However, antibodies will be dispensable when the first orally available small molecules enter the market. When Big Pharma companies undertake their strategic portfolio planning for future Alzheimer drugs, the consideration of small molecules like GAL-101 in addition to the biologicals may be the safest, and most profitable bet. 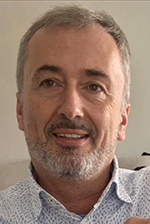 Dr. Hermann Russ is a board-certified clinical neurologist and experimental pharmacologist. He is Chief Scientific Officer and Co-Founder of Galimedix and inventor of the use of GAL-101 in neurodegenerative retinal diseases. He earned his PhD in Neuro- and Biochemistry and his MD in Neurology from the University of Wurzburg, Germany. Until 1999 he held several academic positions, including Professor of Pharmacology (University Giessen) and Consultant of Neurology (University Clinic of Regensburg). Dr. Russ served 21 years in several executive roles in Pharma industry, eg, at Merck Serono, Merz, and Teva. His scientific focus is on neurodegenerative diseases, specifically Alzheimer’s, Parkinson’s, and degenerative retina diseases. He is (co)inventor of about 25 patents and (co)author of about 50 peer-reviewed scientific publications. 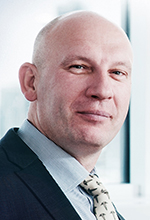 Dr. Alexander Gebauer is a medical doctor and earned his PhD in Experimental Pharmacology at the University of Mainz, Germany. He is Executive Chairman and Co-Founder of Galimedix. Dr. Gebauer served 28 years in several executive roles in the pharma industry, eg, at sanofi, Merz, and Sun Pharmaceuticals. His scientific focus is on translational medicine and innovative clinical development programs. He has achieved regulatory approval for several drugs and medical devices in many countries. He is (co)inventor of several patents, (co)author of about 20 peer-reviewed scientific publications and coedited the handbook of methods in clinical pharmacology.