Because protein phosphorylation regulates a wide array of cellular processes, many drugs and drug candidates act on kinases and phosphatases to modulate post-translational modifications (PTMs). As of April 2015, the United States Food and Drug Administration (FDA) had approved 28 therapeutic protein kinase inhibitors, the majority of which are being used to treat cancers. Most drug discovery programs are focused on tyrosine, serine, and threonine kinases; however, protein phosphorylation is known to occur on nine different amino acids. Systems in which multiple amino acids are phosphorylated and dephosphorylated may have an evolutionary advantage – regulation by multiple kinases and phosphatases may confer more opportunities to respond to environmental cues and, thus, increase capacity to dynamically tune a response.

Could the phosphorylation of histidine emerge as a therapeutically important pathway in mammals? The phosphorylation of histidine has not been widely studied in mammalian cells, despite its discovery in bovine liver mitochondria.1 Histidine phosphorylation is well-studied in bacteria and is part of a “two-component” signaling pathway used for chemotaxis and transcription (Figure 1). In prokaryotes, this signaling system is a phosphorelay system typically consisting of two types of proteins: a membrane-bound histidine kinase (HK) and a response regulator (RR). This system is activated when an environmental signal causes a membrane-associated HK to be auto-phosphorylated on a conserved histidine residue. This is followed by the transfer of the phosphate to a cytoplasmic RR protein on a conserved aspartate residue. The phosphorylated RR protein can then function as a transcription factor and activate genes associated with range of cellular processes, such as chemotaxis, stress response, sporulation, antibiotic resistance, etc.2 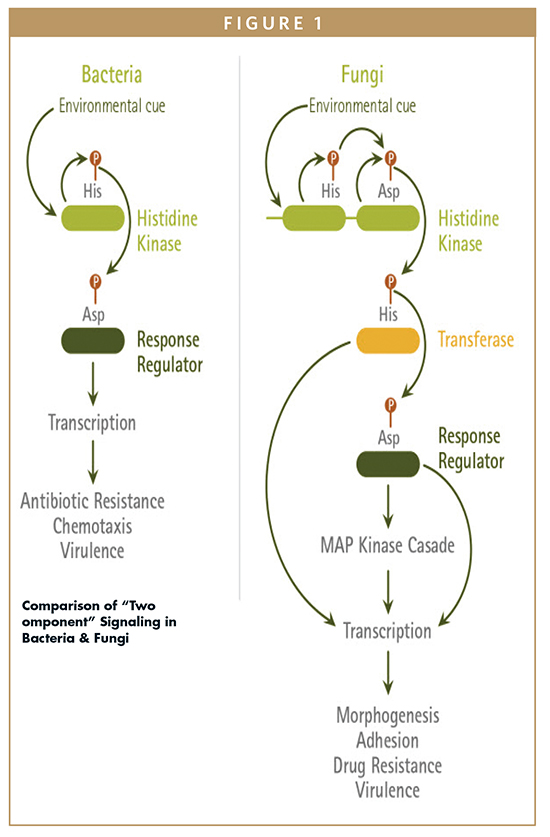 Fungi also possess a similar two-component system, which is more complex than the bacterial system. In the fungal system, the HK and RR proteins are present, as well as a third protein, a histidine phosphotransferase (HPt). In yeast, this protein is known as Phosphorelay intermediate protein Ypd1. The main function of the Ypd1 protein is to facilitate the transfer of phosphate from the histidine kinase to response regulator proteins.3 Another key difference between the bacterial and fungal two-component systems is the number of phosphorylation events that occur (Figure 1). In fungal systems, there are four phosphorylation events that happen on the three proteins. First, the HK protein is auto-phosphorylated on a histidine present in its histidine kinase domain. This event is followed by a transfer of the phosphate group to an aspartate on the receiver domain of the HK protein. A third phosphotransfer event occurs in which the phosphate group is transferred to the histidine phosphotransferase domain on the Ypd1 protein. Finally, a fourth transfer occurs in which the phosphate group is transferred to an aspartate on the RR protein. This can result in either the activation or downregulation of specific sets of genes, depending on the system and the specific sets of proteins involved.

While not as well-characterized, histidine phosphorylation has been detected in eukaryotic systems.4-5 Recent evidence suggests phosphohistidine signaling is involved in the regulation of key cellular processes in mammalian cells.5 In support of this assertion, two mammalian histidine protein kinases have been identified. These protein kinases are known as NME1 (Nucleoside diphosphate kinase A or Nm23-H1) and NME2 (Nucleoside diphosphate kinase B or Nm23-H2). Recent data are consistent with roles for these enzymes in a variety of cellular processes including mammalian signal transduction,6-8 cancer biology,9,10 differentiation, development, apoptosis, cytokinesis, and dynamin-mediated endocytosis.11,12

Some phosphohistine-containing proteins that are substrates of NME1 and NME2 have been recently identified. One of these is SK4, a calcium-activated potassium channel expressed in mammalian blood vessels, whose expression is correlated with the proliferation of endothelial cells in cardiovascular disease.13 SK4 can be reversibly phosphorylated at His358, enabling the fine regulation of vascular cell proliferation.14 Another study identified the calcium channel, TRPV5, as a protein regulated by histidine phosphorylation by NME1.6 When phosphorylated at His711, the TRPV5 channel shows increased activity, as shown by patch clamp experiments. More calcium enters TRPV5-expressing cells in NME1 wild-type background compared to cells in which NME1 has been knocked down. The study’s authors, however, cite “technical problems with our assays, as well as reagents that are available to detect histidine phosphorylated proteins” as reasons for not being able to collect more detailed information regarding the histidinemediated regulation of TRPV5.6

One reason detecting histidine phosphorylation has been so difficult is that the modification is thermodynamically less stable than phosphorylation of serine, threonine or tyrosine. Compared to phosphorylation of hydroxyl groups, which exhibit ΔG of hydrolysis ranging from -6.5 to -9.5 kcal/mol, the phosphorylation of histidine has a ΔG of hydrolysis ranging from -12 to -14 kcal/mol4. Furthermore, under the acidic conditions in which phosphoproteins are frequently purified, the kinetic stability of phosphohistidine is lower than that of other modifications.4 Thus, histidines often become dephosphorylated during preparation for mass spectrometry and acidic staining of polyacrylamide gels, and other manipulations. Phosphoserine and phosphothreonine are sometimes purified using chromatography in which the stationary phase is conjugated to metal ions; however, because both phosphorylated and unphosphorylated histidine can bind to many metal ions, this method has been less fruitful for phosphohistidine detection.

Progress in understanding the cellular function of phosphohistidine has been further hampered by the lack of specific antibody detection reagents for this modification. Creation of these reagents using phosphohistidine peptides as an immunogen has proven challenging due to the instability of phosphoramidate bonds resulting in the destruction of the immunogen before a strong immune response can occur. The effort was even called “devilishly hard” by Kee and Muir.15

ANTIBODIES AGAINST PHOSPHOHISTIDINE: THE GOOD, THE BETTER & THE BEST YET

Additionally, and even more significantly, these antibodies were unable to distinguish between the N-1 and N-3 phosphoisomers of histidine. One unique feature of histidine is that phosphohistidine can be phosphorylated at either the N-1 or N-3 nitrogen of the imidazole ring (Figure 2). This is because at physiological pH, the imidazole ring of histidine can have its proton at either nitrogen. Thus, in biological systems, two tautomers exist, resulting from phosphorylation at either N1 (1-pHis) or N3 (3-pHis) positions (Figure 2). 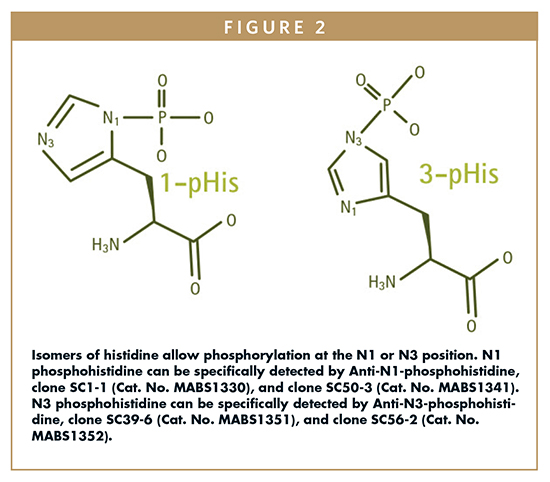 Both the crossreactivity with phosphotyrosine and the inability to distinguish between phosphoisomers present a challenge to researchers wishing to detect phosphohistidine in proteomics studies of eukaryotes more complex than yeast. To better understand the role of phosphohistidine signaling in mammalian systems, antibodies that have the following properties are needed:

-Isomer-specific antibodies that reliably discriminate between 1-pHis or 3-pHis
-No cross reactivity with phosphotyrosine
-The ability to work in a variety of applications, such as Western blotting, immunofluorescence and immunoaffinity purification

WHAT THE NEW PHIS ANTIBODIES REVEAL

In their Cell publication, the Hunter lab presented data from both immunofluorescence and immunoaffinity purification experiments.18 Using the monoclonal antibodies developed for this study, they evaluated the biological role of the phosphohistidine modification in a manner not previously possible and reported some interesting findings relative to the two isoforms of phosphohistidine. Specifically, immunofluorescence using 1-pHis antibodies was localized to the outer membrane of phagosomes. Phagosomes are vesicles that are formed when the cell membrane closes completely around a particle, for the purposes of nutrition or cellular defense; this pHis localization pattern is consistent with the previous finding that histidine kinases may regulate membrane trafficking.11 In contrast, immunostaining with 3-pHis antibodies suggested involvement in the cell cycle with the N-3 phosphoisomer associated with centrosomes, spindle poles, and the midbodies of cells in late telophase.

The work of the Hunter lab has resulted in the generation of an important set of reagents. The existence of these phosphohistidine monoclonal antibodies will pave the way for more detailed studies of the role of histidine phosphorylation in mammalian systems. Studies using these reagents can help better define the emerging roles of phosphohistidine in areas such as signal transduction, cancer, differentiation, development, and apoptosis.

Making these reagents readily available to the scientific community will help drive this understanding. MilliporeSigma has licensed the Hunter lab’s phosphohistidine antibodies to make them easily available to the research community. It is expected that the broad availability of these reagents will open up the study of histidine phosphorylation to a broad segment of researchers, and uncover new paradigms in cellular signaling.

THE FUTURE OF PTM RESEARCH

The methods by which the new phosphohistidine antibodies were developed may guide researchers to developing antibodies to other post-translational modifications and “challenging” epitopes. After all, there are other amino acids that can be phosphorylated (albeit unstably) by protein kinases: cysteine, glutamate, aspartate, and lysine. Most recently, chemists at Xiamen University reported developing a structural analog of phosphoarginine, using the same general synthetic scheme as used by the Hunter lab, with the goal of using this analog as a hapten immunogen for raising antiphosphoarginine antibodies.19 We do not yet fully understand the importance of phosphorylation of these other amino acids is in eukaryotes; however, the development analytical methods adapted for neutral or basic pH, combined with the development of novel antibodies, can help answer that question. Affinity-based enrichment of proteome samples using specific phosphoamino acid antibodies can then be combined with advanced mass spectrometry methods and analysis software that are optimized to fragment and identify PTM-bearing peptides, further aiding the discovery of new PTM sites, kinase substrates, and sophisticated cell signaling networks.20

Once studies reveal a critical number of therapeutically promising targets bearing a particular phosphoamino acid, one would expect a subsequent emergence of drug discovery and development programs targeting the regulation of this PTM. In the case of histidine phosphorylation, several small molecule inhibitors of bacterial histidine kinases have been developed as antibiotics.21 Further study of mammalian histidine kinases may reveal the utility of these scaffolds as starting points for targeting therapeutically relevant pathways in humans. 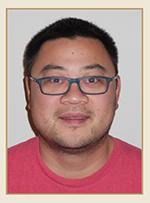 Xiaoyi (Jeff) Xu is a Senior Product Manager in the Target Specific Reagents group at MilliporeSigma, the Life Sciences business of Merck KGaA, Darmstadt, Germany, and manages signaling and immunology reagents. A former research scientist in the infectious disease field, he has over 10 years of experience in developing products for the life sciences research market, ranging from instrumentation to research consumables. He earned his MBS from Keck Graduate Institute of Claremont Colleges, focusing on business of bioscience, and his BS in Physiological Science from UCLA. 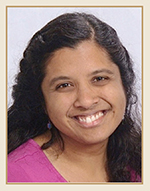 Dr. Chandreyee Das is a Senior Content Development Specialist at MilliporeSigma, researching trends and technologies in the preparation and analysis of proteins and small molecules in complex samples. She earned her PhD in Chemistry and Chemical Biology at the University of California, San Francisco, studying the structural determinants of RNAprotein interactions, and was a Ruth L. Kirschstein Postdoctoral Fellow in the department of Molecular Oncology at the Dana Farber Cancer Institute. 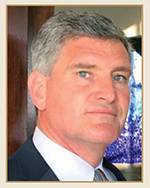 Dr. Michael R. Sturges served as a Senior Product Manager at MilliporeSigma from 2009 to 2015. He is currently at SGIDNA, a Synthetic Genomics company. For the past 14 years, he has worked in the bioscience industry in marketing and product development. This experience is complemented by more than 12 years of hands-on scientific research at both academic and commercial organizations. Dr. Sturges earned his PhD at the University of California, Santa Cruz, and completed his postdoctoral studies in the Department of Pediatrics in the laboratory of Dr. Charles Roberts, Jr. at Oregon Health and Sciences University. Dr. Sturges is currently applying his experience and knowledge of genomics, proteomics, and molecular biology to drive the development and commercialization of novel technologies that enable research and discovery.