Attention-deficit/hyperactivity disorder (ADHD) is a neurological disorder associated with an ongoing pattern of inattention, hyperactivity, and/or impulsivity that may impede, for example, cognitive and social functioning, and as well as mental growth and development. Since 1937, more than 25 different products have been approved by the FDA to treat ADHD. Despite the many pharmacological advances, there is still no optimal treatment of this condition, leading prescribers and patients to press for improvements that address key shortcomings with currently available ADHD medications. Duration of efficacy, consistency of drug exposure and effect, onset of action, and lower abuse potential are just some of the key attributes that new technologies are seeking to address.

In the quest for the optimal ADHD medication, leading researchers and drug developers have utilized prodrug technologies to potentially fill this treatment gap. Prodrug technology has been successfully utilized to develop therapeutics and to treat patients for more than 100 years. Many of the world’s best known and most widely used pharmaceuticals are prodrugs, with aspirin being a prime example.

Elegant in concept, prodrugs are inactive, bioreversible derivatives of an active parent drug molecule that must undergo an enzymatic or chemical transformation after administration in a patient in order to release the parent drug, which can then elicit its desired pharmacological effect. To improve therapeutic effect, a prodrug may enhance the physicochemical, pharmacological, and/or pharmacokinetic properties of its parent drug. Key properties that prodrugs can potentially modify generally fall within one or more of the ADME categories — Absorption, Distribution, Metabolism, and Excretion — with the goal being the creation of a new chemical entity (NCE) that optimizes the performance, utility, and potential life-cycle management of the parent drug.

The Centers for Disease Control and Prevention noted in a 2016 report from the National Survey of Children’s Health that 6.1 million, or 9.4% of children aged 4 to 17, suffer from ADHD. Yet, of all children 2 to 17 years of age that may qualify to take ADHD medication, only about 317,000 (or 1 in 20) are currently being treated. Globally, there are a reported 175 million cases of ADHD in people 5 to 44 years old, and the forecast indicates that this number will rise to more than 185 million by 2025.

There are two active ingredients that physicians predominantly select for ADHD therapy, both of which belong to the class of stimulants. These two stimulant medications are 1) methylphenidate-based products like Ritalin, Methylin, Concerta, Focalin XR, and the Daytrana Patch, and 2) dextroamphetamine-based products like Adderall, Adderall XR, and Vyvanse. Methylphenidate is generally prescribed as the preferred first-line therapy for children under 13 years of age, whereas older patients are more commonly treated with dextroamphetamine.

In addition, there are non-stimulant treatments that have been approved by the FDA, such as atomoxetine (Strattera®), clonidine (Kapvay®), and guanfacine (Intuniv®). Published findings report that the use of non-stimulants may reduce the risk of certain side effects like agitation, sleeplessness, or lack of appetite. However, only after first-line treatments fail to produce the desired result.

Not surprisingly, not all patients respond equally to ADHD treatment or even to the same active ingredient. Prescribers need to consider several aspects of the therapy and the state of the patient’s disorder. These considerations include, but are not limited to, the speed with which the medication enters the brain and how the patient responds when the medication is delivered. For example, short-acting formulations release the active immediately but only last for a few hours, necessitating multiple daily doses in most patients. On the other hand, longer-acting products are formulated to provide sustained plasma concentrations throughout the day and therefore may only require once-daily dosing. Different treatments may have different side effects, which may prompt doctors to test multiple medications to find the best therapy for each individual patient.

Another concern in treating patients with stimulants is the potential “rebound effect” that may occur when the medication wears off, resulting in the return of ADHD symptoms temporarily, sometimes in an amplified form. In children, this often triggers increased irritability and/or aggressive behavior. The rebound may be more pronounced when high levels of synaptic dopamine decrease quickly as a result of a short-acting stimulant being rapidly cleared from the system. This may be exacerbated by multiple short-acting drug administrations used sometimes to obtain the desired duration of therapy.

Finding the right dose that is effective and minimizes unwanted side effects is among the biggest challenges in ADHD treatment. What works for one patient may not work for another. Identifying the optimal therapeutic regimen that is just right is a process that can be challenging for parents, patients, and prescribers.

Prodrug technology may provide at least a partial answer to addressing key patient/prescriber needs that remain unmet with the current ADHD medical regimes, namely onset of action, duration, consistency of drug delivery for a more predictable therapeutic effect, and abuse potential. Some evidence of this potential can be found in today’s market-leading ADHD medication, Vyvanse®, which is a prodrug of d-amphetamine.

Developed by New River Pharmaceuticals and approved by the US FDA for patients 6 to 12 years of age in 2007 and for adults in 2008, Vyvanse was designed as a prodrug of d-amphetamine for the treatment of ADHD. Though products marketed at the time, such as Adderall® and Concerta®, were determined to be safe and effective in treating the symptoms of ADHD, there was a recognition within the medical community that those products were suboptimal for certain patients.

Vyvanse was developed as a prodrug (lisdexamfetamine), a treatment form that differed from formulation approaches by utilizing the body’s own enzymes to convert the therapeutically inactive prodrug molecule to the active parent drug, d-amphetamine. In clinical studies, Vyvanse was shown to be efficacious throughout the day (up to 13 hours) in both children and adults (up to 14 hours) with once-daily dosing, addressing a key unmet need in ADHD therapy. Additionally, as shown in animal models, the prodrug is not readily converted to d-amphetamine when administered through non-oral routes of administration that may be used to abuse these products (eg, injecting, snorting), a property which has been viewed as beneficial by physicians aware of the abuse potential of stimulant medications. Other benefits include low inter-patient and intra-patient pharmacokinetic variability. In addition, because these properties of Vyvanse are not imparted by its formulation, patients can sprinkle the prodrug on food or dissolve it in a liquid for ingestion, thereby providing a benefit to pediatric patients or those that may have difficulty in swallowing.

Ultimately, and perhaps due to Vyvanse’s unique product attributes, New River Pharmaceuticals and its Vyvanse product were acquired by Shire for $2.6 billion in 2007. Today, Vyvanse is the branded market share leader in ADHD treatment with reported 2017 sales topping $3.2 billion.

Even though Vyvanse represented an advancement for amphetamine-based ADHD therapies, a decade later, clinicians and ADHD patients still desire new and innovative therapies that offer earlier onset and longer duration of effect than the current methylphenidate products are able to provide. Specialty pharmaceutical development

company, KemPharm, Inc., is seeking to potentially meet this need by developing two novel product candidates intended for the treatment of ADHD that utilize a prodrug of methylphenidate.

KemPharm, which was founded in 2006, has a strategy that is focused on discovering and developing prodrugs that are new molecules and can improve one or more attributes of approved drugs, such as the duration of action, bioavailability, and susceptibility to abuse. KemPharm’s ADHD prodrug portfolio, highlighted by its two lead product candidates, KP415 and KP484, exemplifies this strategy and the potential advantages that prodrugs may offer in meeting patient/prescriber needs across the ADHD spectrum.

KP415 is an investigational ADHD product candidate containing a prodrug of d-methylphenidate, serdexmethylphenidate (SDX), with extended-duration properties, co-formulated with immediate-release dmethylphenidate. Its design is intended to address unmet needs with currently marketed methylphenidate ADHD treatments, such as onset of action (eg, 30 minutes), duration of efficacy (eg, 13 hours), and consistency of the therapeutic effect. In addition, the prodrug component of KP415 may offer the possibility of lower abuse potential due to its unique metabolism.

KP484 utilizes the same prodrug, SDX, but with a different formulation. The objective is to develop a “super-extended duration” d-methylphenidate product (up to 16 hours of efficacy), positioning KP484 for the treatment of ADHD in patients that respond best when a very long duration of therapy is required. Typically, this patient profile aligns with the adult ADHD market. It is estimated that 10.5 million adults have ADHD, making adult patients the largest segment of the ADHD market.

Clinical data for KP415 and KP484 have thus far supported the design goals of both prodrug products. KemPharm recently reported top line results from a classroom-style efficacy and safety trial of KP415, which met pre-specified primary and secondary endpoints in patients with ADHD between the ages of 6 and 12 years. KP415 produced statistically significant improvements relative to placebo and was generally well tolerated with adverse events consistent with stimulant therapy. While an FDA review will ultimately determine the approved duration of action, the totality of data from this study suggests that KP415 has the potential to address the market need for a therapy with early onset of action and extended duration of effect.

Clinical studies of KP484 have also shown promise, with data suggesting that the prodrug product may produce a longer duration release of d-MPH compared to currently available MPH products. Importantly, because KP484 utilizes the same prodrug as KP415, a large portion of the data from current and ongoing KP415 studies, including nonclinical toxicology, clinical pharmacokinetics, and human abuse potential studies, may also support the KP484 program, allowing for an expedited development pathway.

Due to the fact that ADHD can manifest itself differently in each patient, it can be a complicated condition to treat. While current ADHD medications generally work well, there are still unmet medical needs requiring new therapeutic approaches. A prodrug treatment offers the potential to meet several of these unmet needs.

For now, KemPharm is leading the way in prodrug ADHD treatment development as it continues to explore clinical studies in both children and adults. Improved onset of action, longer treatment duration, and possibly reduced abuse potential are a few of the value potentials that prodrugs are capable of delivering in the ADHD marketplace. Moreover, prodrug solutions for other medical conditions also hold promise across the entire pharmaceutical spectrum.

Author’s Note: the views expressed herein are those of the author and do not necessarily reflect those of other entities mentioned.

To view this issue and all back issues online, please visit www.drug-dev.com 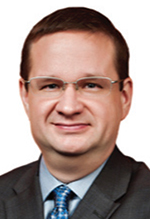 Dr. Travis Mickle is the President, CEO, Chairman of the Board, and Co-Founder of KemPharm. The company was founded in 2006 with the discovery of its LAT™ (Ligand Activated Therapy) prodrug platform. Dr. Mickle oversees KemPharm’s business and scientific strategy and is instrumental in the ongoing development of the company’s pipeline of proprietary prodrugs. Prior to founding KemPharm, he served as Director of Drug Discovery and CMC at New River Pharmaceuticals, where he was the principal inventor of Vyvanse®, a prodrug of amphetamine for the treatment of attention deficit hyperactivity disorder (ADHD). Dr. Mickle has been granted over 40 US patents, over 20 EP (Europe) patents, and has authored more than 100 patent applications US and worldwide, focused on prodrug therapies for pain, ADHD and CNS disorders, including multiple patents for prodrugs of hydrocodone, methylphenidate and amphetamine. He is also the principal or secondary investigator on several published abstracts and publications. Dr. Mickle earned his PhD from the University of Iowa, and his BA from Simpson College.