The oral route of drug administration remains the widely preferred administration route for most new chemical entities.1 The oral route is preferred by virtue of its convenience, low costs, and high patient compliance compared to alternate routes.1 Most of the drugs administered through an oral route tend to absorb in the small intestine.2 Different factors that decide the extent of drug absorption are the rate of dissolution, solubility, and permeability.3 A drug should have acceptable aqueous solubility and good intestinal permeability to achieve a therapeutic concentration in the body.1 Although the stomach and upper intestine are the preferential drug absorption sites, the low-aqueous solubility of a drug remains the reason for variable absorption.4 In-vitro methods are primarily used to determine the permeability of drug molecules.1 In-vitro methods are either animal tissue based or cell based.1

To study drug permeability, the Caco-2 cell line (Cancer coli-2) is widely used because the Caco-2 cell monolayer has functional and morphological similarities to the human enterocytes.5,6 The Caco-2 (Cancer coli-2) cell line is derived from human colorectal adenocarcinoma, and it was found that it resembled the characteristics of enterocytes upon differentiation. For example, the Caco-2 cell layer possesses a typical brush border and shows the enzymatic activities of typical enterocytes.5 Therefore, a drug’s intestinal permeability can be studied using this cell line because of its resemblance to the enterocytes. However, there are several drawbacks of using this line in research. The Caco-2 cell monolayer is expensive to run due to the requirement to maintain sterility throughout the process, is time-consuming as it typically requires between 14-21 days to exhibit functions and characteristics of those of the enterocytes, and requires skilled personnel for handling.1

In a paper by Ansari et al, permeation studies of three drugs with different molecular weight and lipophilicity characteristics were performed using natural membranes as a barrier.7 The researchers studied the diffusion of metronidazole, diclofenac sodium, and erythromycin through the outer membrane of Prunus persica (peach), the outer membrane of Lycopersicon esculentum (tomato), the inner layer of egg, and the middle epithelial layer of Allium cepa (onion).

In this study, 19 drugs with varying partition coefficient, water solubility, and molecular weight values were chosen to compare their diffusion through the middle epithelial membrane of onion with that of their Caco-2 cell line. These values are shown in Table 1. This research examined the feasibility of replacing the Caco-2 cell monolayer with the onion membrane for permeation study. 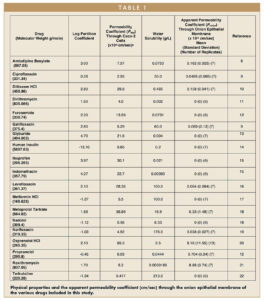 Preparation of the Colloidal Drug Dispersion – Gum acacia and gum tragacanth were weighed in a ratio of 1:5 (1 gm and 5 gm). The weighed items were transferred to a porcelain mortar, and 70 g of DI water was added. The mixture was triturated for 2-3 minutes and kept aside for hydration for 24 hours. After 24 hours, 30-g DI water was added, and the mixture was triturated until a gel-like consistency was achieved. The gel containing drug was prepared by adding 12.56 mg of the drug to 8 g of the formulated gel (1.57 mg of the drug/g of gel) (Figure 1). 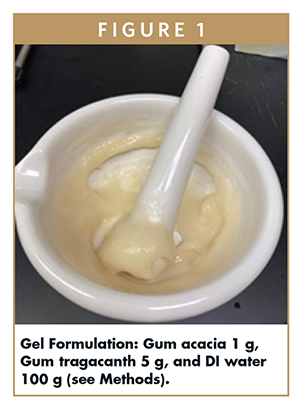 Drug Analysis – Drug concentration in the receiver compartment was evaluated by high-performance liquid chromatography (HPLC) or spectrophotometrically (UV/Vis). The followings were specifications for the HPLC systems (mobile phase; isocratic (I) or gradient (G); column; wavelength, and flow rate):

The spectrophotometry systems (drug and wavelength) were:

The linearity of the methods was assessed by calculating the coefficient of determination (R2). 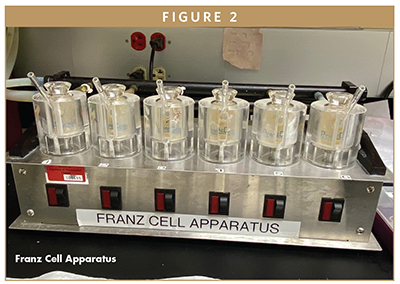 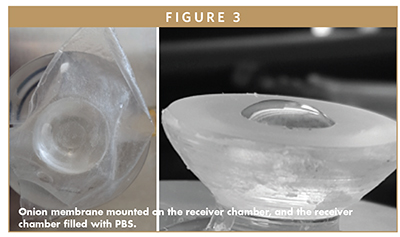 The volume of 1x PBS was adjusted by adding some of it through the sampling port until the level reached the 10-mL mark on the sampling port. Then, 1 g of the gel formulation with (1.57 mg of the drug/g of gel) or without drug was introduced into the donor compartment with the help of a spatula. Samples also contained 2 U/mL insulin (this was used to ensure the physical integrity of the onion membrane as insulin was shown in the preliminary studies that it did not diffuse through the onion epithelial membrane; thus, its presence in the receiver samples indicated that the membrane was damaged). Samples at respective time points were collected and analyzed using HPLC or spectrophotometrically. The first 0.3 mL of fresh 1x PBS was added to the compartment during the sampling process, and then 0.3 mL of sample was pulled out. The addition of the 0.3 mL of buffer prior to taking the sample was done to prevent the formation of air packets underneath the epithelial membrane. The time points for taking the samples were 0, 0.083, 0.5, 1, 3, 5, 7, and 25 hours.

Statistical Analysis – Data are presented as mean and standard deviation unless indicated otherwise. A multivariate, standard least squares method was used to calculate the parameter estimates of log K, the molecular weight, and Ponion on their effects on the apparent permeability coefficient value through the Caco-2 membrane. In addition, the Wilcoxon Sign Rank test was used to compare the median Papp value of drugs through the Caco-2 cell monolayer system versus that obtained from the onion epithelial membrane. A p-value of less than 5% is considered significant. JMP® Statistical Discovery Software (version 14.0; SAS Institute, Cary, North Carolina) was used for the statistical analysis.

Where Cd is the concentration of the drug remaining in the donor compartment at time t, C0 is the initial concentration of the drug in the donor compartment at time t = 0, S is the surface area for diffusion (0.64 cm2), and Vd is the volume of the donor compartment (10 mL). A plot between the log K values of the drugs and the ratio of the permeability coefficient through the onion membrane and Caco-2 is shown in Figure 4. This graph shows an optimum zone where the onion membrane may be used to replace the Caco-2 monolayer model for diffusion. According to Figure 4, this optimum area lies in the region where the log K values are greater than 0 but less than 2. 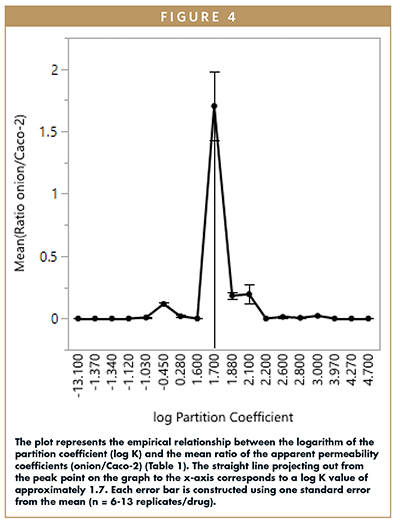 The empirically obtained peak point for this optimum region for diffusion corresponded approximately to a value for log K of 1.7. This indicates that the onion membrane may be a suitable model to be used in place of the Caco-2 cell layer model when the drug solubility in lipid is about 50 times that of its solubility in water. An empirical predictive equation for estimating the Papp through Caco-2 cells monolayer was developed and is shown in equation 3 (p < 0.0001):

Ponion is the apparent permeability coefficient (cm/sec) of the drug through the onion epithelial membrane. Higher values for log K and Ponion, result in an increase in the predicted value of Papp. All terms in equation 3 were statistically significant (each at p < 0.0001). The molecular weight (within the range of values included in this research, from 165.625 g/mole to 5807.63 g/mole) of the drug was not statistically significant for predicting the Papp value.

Interestingly, a high percentage of the drugs tested in this study (9/19, 47%) failed to pass through the onion epithelial membrane. A similar observation was also noted with the Caco-2 cell monolayer model. Most drugs were typically found incapable of permeating the Caco-2 monolayer, having a median Papp reported value of 16 x 10-6 cm/sec.23 The median value for Ponion in our drug sample was much smaller than that reported for the Caco-2 cell monolayer (0.038 x 10-6 cm/sec; Wilcoxon Signed Rank test; two-sided; p < 0.0001). Stated otherwise, on average, the rate of drug permeability through Caco-2 cells monolayer is over 400-fold higher than that expected through the onion epithelial membrane.

The epithelial membrane of onion may serve as a replacement to the Caco-2 cell line system provided that the drug has a log K value in the range of 0 to 2. The onion membrane diffusion model is best used when the log K is near the value of 1.7 as the ratio of the apparent permeability coefficients reached a maximum value. On average, the permeability rate of drugs through the onion membrane is many folds lower than that expected through the Caco-2 cell monolayer. 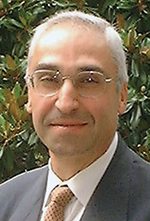 Dr. Antoine Al-Achi is a Professor at Campbell University College of Pharmacy & Health Sciences. In that capacity, he teaches statistical methods and physical pharmacy to graduate students. He earned his PhD in Biomedical Sciences from Northeastern University, Boston, MA, in 1988. He has over 200 scholarly works, including poster presentations, review articles, research publications, books chapters, and books. 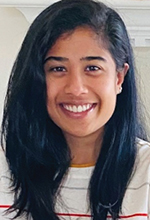 Mounika Nangineedi is a Senior Development Scientist at GlaxoSmithKline (GSK), currently working on the research and development of innovative topicals for pain relief. Before GSK, she launched several products as an R&D Formulations Scientist. She earned her Master’s in Industrial Pharmacy from Campbell University in North Carolina and is a Rho Chi Honor Society member. 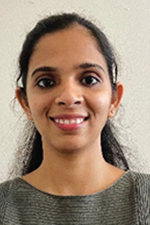 Chaitali Koli is a Quality Control Analyst at Crown Laboratories, Inc., responsible for analyzing and approving the quality release for various skincentric products. She has contributed to method validation and transfer (QC department). She is a graduate of Campbell University (NC) with a Master’s in Industrial Pharmacy and is also a member of the Rho Chi Society. 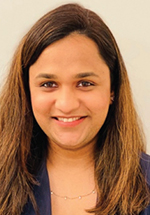 Asmita Chikhale is a Research Scientist at Alcami Corporation with a focus on Method Development and Analytical Services for liquid and lyophilized vial and syringe products. She also worked for Norwich Pharmaceutical Inc. to support the analytical element of the product life cycle. She earned her Master’s degree in Pharmaceutical Sciences (Industrial Pharmacy, 2017) from Campbell University, North Carolina. 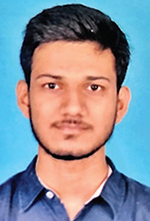 Sujay Gurav is a Formulation Scientist at Eurofins Lancaster Laboratories. He is working in the research and development of monoclonal antibodies and vaccine formulations. He is involved in pre-formulation to late-stage product development activities. He earned his Master’s degree with honors in Pharmaceutical Sciences (Campbell University, North Carolina) and his Bachelor’s in Pharmaceutical Sciences from Mumbai University, India. 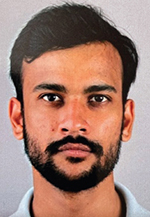 Aman Parashar is an Equipment Validation Scientist II at Eurofins Scientific, West Point, PA. He is involved in IQ, OQ, and PQ for the Biologics and Vaccine Analytics department. He is a Subject Matter Expert on purified water testing. He earned his Master of Science in Pharmaceutical Sciences with a concentration in Industrial Pharmacy from Campbell University, North Carolina. 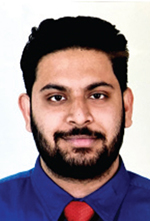 Prithvijeet Singh Kharnal is currently working as a Scientist for the R&D Bio-Analytical team at PPD, Inc. He is responsible for various complex sample preparation and analysis procedures for stability and analytical testing. He is familiar with analyzing data using JMP (SAS Institute) platform. He has completed his Master’s program from Campbell University in Pharmaceutical Sciences. 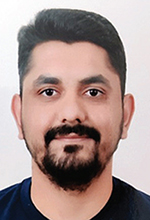 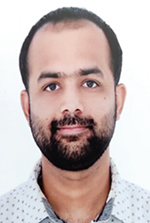 Samarth Makwana is an Associate Formulations Scientist at Eurofins Lancaster Laboratories PSS, LLC, Groton, Connecticut. He is involved in developing, preparing prototype formulations, and identifying potential stability and performance issues. He graduated with a Master’s in Pharmaceutical Sciences (Industrial Pharmacy) and is a member of the Rho Chi Society. His research interests are novel drug delivery and diffusion studies.