Kyle Bass and his hedge fund are challenging pharma patents for the purpose of shorting their stocks and making a fortune. Is this just industry noise or a true disruption?

We have just begun a phased move into a new, 71,000-sq-ft facility. Large swaths of clean crisp new carpet tiles create a checkered effect in an open area, where furniture will soon be. The terrain begged for life-size chess pieces. Our facilities manager, Elijah, complied.

Chess isn’t the best team sport; not if you’re a competitive sort. Recently, my intricate strategy for black was quickly laid asunder by a passing anonymous teammate with a different vision. I have been known to switch sides in exasperation midgame.

A single move in chess can mean very little, or it can be hugely disruptive. Take World Champion Grandmaster Kasparov’s 1997 match against IBM’s Deep Blue. This was the landmark game in which, for the first time, artificial intelligence was deemed to have bested a human grand master chess player. The truth is the tournament might have gone differently, but for a single move. Kasparov beat Deep Blue confidently on the first match, despite the computer’s ability to analyze 200 million moves per second. But 44 moves into the game, Big Blue made an inexplicable move, according to Nate Silver in his recent book, The Signal and The Noise: Why So Many Predictions Fail — But Some Don’t.

The move, a random pawn advance, spooked Kasparov. He became convinced that either he was actually up against a superior intelligence, or IBM was cheating by allowing a human grand master to influence Big Blue’s moves behind the scenes. When, in the second game, Deep Blue changed to a strategy much more like a human grandmaster, Kasparov balked. He made an unprecedented error, forfeiting a position that he could have probably drawn. He lost, drew three more games, and capitulated in the sixth.

Historians are convinced that Kasparov’s demise was linked to that 44th move, and the importance he attributed to it. As it turns out, the move was a computer glitch. Big Blue froze and was unable to make a choice amongst competing possibilities so it went for a failsafe move; a random pawn shuffle.

That’s it. A glitch. The world lauded (or grudgingly accepted) the triumph of artificial intelligence over human intelligence, when in fact Big Blue had goofed. But where Kasparov (and ultimately society) should have seen noise; he (and society) saw a disruptor — a game changer. It was a case of mistaken identity. It can be hard to recognize a disruption, even when it’s staring you in the face.

I wrote an article recently highlighting the importance of Express Scripts’ and other drug distributors as new players in the pricing of new drugs. This is a similar case in which we are forced to ask ourselves if Express Scripts influence over Solvadi’s price was a signal of industry-wide change ahead, or just industry noise. I argued that the case represented a genuine disrupter. Now, another potential disruption looms for our industry in the field of patents.

Patent threats have been an issue in our industry, and in many other industries, since patents and lawyers were invented. Patent trolls are society’s bottom feeders. They create broad patents and then launch lawsuits against so-called “infringers;” often for ridiculous things. Classic cases involve a company that claims to have invented wifi, another that managed to patent “internet interactivity” and now claims rights to almost everything online, and my personal favorite, a company that claims to have invented how to plug a headset into a mobile phone.

The troll’s goal is rarely to take a victim to court and win a patent battle. The troll aims merely to shake out whatever it can, usually by launching a case that threatens to go into the millions of dollars — preferably a number well beyond the victim’s means — and then offering to settle out of court for a slightly less extravagant sum.

In 2012, President Obama signed the Leahy-Smith America Invents Act. A major goal of the legislation was to make it hard for patent trolls to ply their trade. The legislation made several significant changes, and among them was the creation of something called Inter Partes Review (IPR), which is designed to be quicker, more efficient, and less expensive for patent challengers. This sounds like something the trolls might like, but remember that they aren’t interested in a decision; they are interested in a lengthy and costly litigation they could then offer to bypass with a settlement out of court. By creating a quick decision and inexpensive resolution, the new act did much to take the wind out of the trolls’ sails. Better still, IPR results are binding and cannot be appealed.

On average, an IPR case costs about $300,000 and takes 6 to 18 months. While this time and money is no small potatoes to many patent holders, it’s a vast improvement over the $3 million and many years involved in conventional litigation, according to Matthew Cutler, a lawyer for Harness Dickey who specializes in intellectual property (as quoted in the Ed Silverman’s WSJ column Pharmalot, “Innovate or Else: Kyle Bass Strikes Again,” April 2, 2015.)

The news, however, is not all good for patent holders. Some 2,536 challenges have been filed since the law was passed, according to Cutler. Of those challenging pharmaceutical patents, a rather stunning 87% have succeeded. This kind of patent overturning success rate is not specific to our industry. Federal Circuit Chief Judge Randall R. Rader famously called the Patent Appeal and Trial Board a “death squad” that kills property rights through administrative proceedings.

Mr. Kyle Bass was infamous long before he entered the patent arena. He is the man credited with predicting and benefiting from the subprime mortgage crisis during the Great Recession by purchasing credit default swaps on subprime securities issued by various investments banks. Featured in the non-fiction book The Big Short on the housing bubble collapse by Michael Lewis, Bass studied the residential mortgage market and determined which residential mortgage-backed securities were most likely to default, then essentially shorted those bonds using synthetic instruments, raking in as much as $500 million, by some accounts.

The Recession is finished, but Bass is still on a role. His new target is pharmaceutical patents. His initial volley was directed against Acorda Therapeutics for Ampyra, a multiple sclerosis drug. He then set his sights on two Shire drugs; Lialda for ulcerative colitis and the Gattex for short bowel syndrome.

Bass claims his goals are altruistic – to lower drug prices for the masses by eliminating “invalid patents that contain no meaningful innovations but serve to maintain their anti-competitive, high-price monopoly to the detriment of Americans suffering from illness,” according to a statement he sent to Pharmalot.

One might, then, justifiably wonder if his motivations during the sub-prime mortgage crisis were to help the unemployed and under-employed in their underwater mortgages.

Or, he could be motivated by the huge windfalls he and his hedge fund make every time he launches a litigation on a company he has already shorted in a separate pharmacy vehicle in his fund.

On the day Bass filed his challenge against Acorda, the biotech’s shares dropped nearly 10%; no small potatoes in a company with a $1.5-billion market capitalization. It fell another 5% when he filed a second challenge on another Acorda patent.

Acorda Therapeutics revenue is almost entirely dependent on the drug Bass is challenging. If the drug lost patent protection, the company would be seriously wounded. Bass’s firm, Hayman Capital Management, is threatening one of Acorda’s patents on Ampyra for the obviousness of its technology. The essential molecule behind the treatment was once commonly used as a bird poison. Acorda modified the drug and found a way to use it safely and effectively.

While this challenge may succeed, Bass must know that Ampyra still has many defenses at its disposal, with four more patents protecting it against generic competition until 2027. Bass is not challenging these patents, so Ampyra will not fall. How, then, can he claim that his true goal is to fell the mighty drug for the benefit of the American people? All he has done is created a moment of doubt in the company’s market value, and benefited from that weakness.

At the time of writing, Bass has filed 13 IPR petitions with the US Patent and Trademark Office challenging the patents of six publicly traded pharma companies, according to Business Insider (May 7, 2015). He said earlier in the year that he was planning 15 challenges.

The question is then, is this a new disruption in our industry, or is it just noise? Is Bass just one man with an idea to make a quick buck, or has the new law spawned a new type of parasitic patent troll, creating nothing, advancing nothing, profiting from the labor of others, and weakening its host? The argument has been made that far from reducing overall healthcare costs, this new player is reducing the value of companies working on cures, and as a direct result, causing harm to the millions of patients who need those cures.

Mr. Bass has already achieved his goal, regardless of the outcome of his challenge. His success could encourage others to follow his example. If Ampyra’s challenge succeeds, then other expensive drugs developed using molecules discovered long ago are likely to find themselves in the crosshairs. Indeed, Bass is now challenging Biogen’s Tecfidera MS drug, which earned $2.9 billion in sales last year. Tecfidera’s active ingredient, dimethyl fumarate, was first prescribed by a German physician for topical use for psoriasis in 1959. A small Swiss firm called Fumapharm studied it clinically as a cream, and the product went on the market in Germany early in the 1990s. Since dimethyl fumarate appeared to be effective by modulating the immune system, it eventually occurred to someone that it might also offer hope to MS patients.

Biogen bought out Fumapharm in 2005 and continued development. Biogen’s product is a prime target for Bass, and has a decent chance of being considered unoriginal; a sad but true fact. While many could’ve discovered this drug’s possibilities, only Biogen did. Must we now penalize Biogen for making an effective treatment of MS because someone else might have also done so but didn’t? What would such a decision mean for the future of drug discovery? Think of all the drugs that might never be developed if we eliminate from research all known and somewhat understood molecules out there today.

Fortunately, like Ampyra, Tecfidera has other patents protecting it. Perhaps even better news, is the fact that Biogen’s stock barely budged after the announcement of Tecfidera’s patent challenge. The initial market shock that shook Amypra seems to have worn off. Other patent challenges he has volleyed have similarly had little effect. If Bass can’t make money, perhaps he will go away.

Signal or noise? As long as Bass remains unable to make money, he is just noise. Watch for him to change his strategy soon though. He can no longer spook the market by challenging one of several patents. He may now choose to look for less-protected products, or perhaps move on to challenge another more vulnerable industry. Nonetheless, he has exposed a weakness in the patent legislation, and we should all rest easier if it were addressed. President Obama said in February 2013 that US “efforts at patent reform only went about halfway to where we need to go.” Let’s make sure our legislators know that challenging patents for financial gain through shorting stocks is an abuse of the system and needs to be stopped. 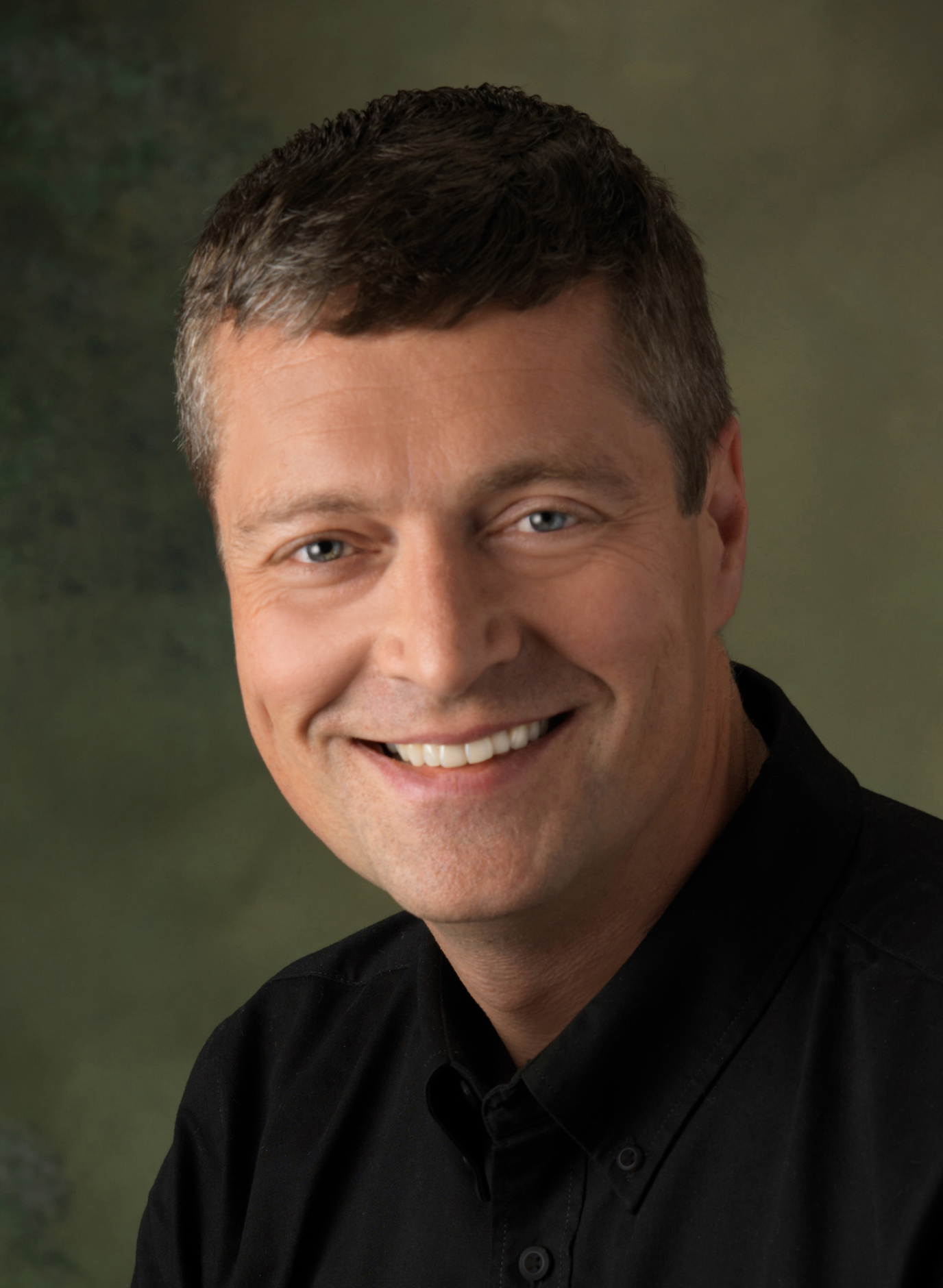