In the pharmaceutical industry, we can see the development of generics is significantly growing. This trend is mainly driven by countries to give patients easier access to drugs and to define regulations accordingly.

From an industrial perspective, the success of a generic prod­uct development is based on two elements: (1) compliance with all the regulatory requirements and (2) safety for patients (ie, has the same final therapeutic effect than the brand-name product).

One way to prove the equivalence, without long and expen­sive clinical trials, is to conduct in vitro bioequivalence evaluation between the Innovator (Reference product) and the proposed generic (Test product).

This evaluation is generally done through average bioequiv­alence (ABE) , or population bioequivalence (PBE) for in vivo and in vitro testing, through statistical methods.1-8 In vitro bioequiva­lence testing is not considered and evaluated in the same way by all instances taking part in the process.

On one side, ABE only considers within-product variability. On the other side, the FDA guidance on Budesonide recommends to decompose the variance as a composite of a super-batch variability (ie, after pool­ing all batches per product) and the within-individual variability to study the life-stages (begin, middle, and end-of-use) equivalence.9

These calculation methods present some limits, particularly with high variable drug products [Coefficient Variation (CV%) greater than 29,6%] but not only. In prac­tice, some limits of the classical methods may occur from 15% for within-Product CV%, where the power tests (ABE and PBE) drop off.

In order to prevent the risks of erro­neously accepting equivalence in cases of high variability of the Reference, it is rec­ommended to increase the number of samples in the goal to increase the power test on PBE and ABE calculations. This in­creases the confidence level of the bioe­quivalence conclusion.

However, this solution is undesirable from an industrial point of view since it in­creases costs and delays by inflating the number of tests to be carried out.

This increase in cost and associated delays is not aligned with the principle goal of reduced-cost generic medicines in a short time to market.

Considering this, an alternative statis­tical test, named between-batch equiva­lence (BBE), is proposed to assess in vitro bioequivalence. This statistical approach is based on the comparison between the mean difference (Reference − Test) and the Reference between-batch variability. The main hypothesis is that considering the between-batch variability of the Refer­ence, the BBE test will be more appropriate to demonstrate equivalence in the case of variable drug products, without needing to increase the total required sample size. This statistical method can deal with nor­mal scale data as well as after log trans­formation of the raw data.

As reported in several studies, ne­glecting non-zero between-batch variabil­ity can have a strong impact on the bioequivalence conclusions.10,11 Thus, we developed a method that includes the Batch factor into the statistical equivalence test. In fact, the multiple measurements on a single batch induce a dependence be­tween data and a violation of the inde­pendence assumption with the state-of-the-art methods ABE and PBE. The assumption of independence could be sat­isfied if the Batch factor is considered in the model.

Our methodology has been based on a comparison between the two population means (μT – μR) with the Between-Batch variability on the Reference drug product (sBBR).

As a first step, our study focused on the development of the statistical method, including an exact procedure to implement the test statistic and a confidence interval approximation to graphically illustrate the test results.18 Then, the type II error of the BBE method, ie, the FNR (False Negative Rate), was estimated by simulations and compared with the two mainly recognized statistical methods (ABE and PBE). In a sec­ond step, the type I error of the BBE method, ie, the FPR (False Positive Rate),18 was estimated by simulations to ensure that the BBE type I error remains of the the­oretical order of 5%. In a third step, the BBE type II error was assessed and com­pared with the reference methods through a real case application on nasal spray in vitro performance that were performed on two Reference products from the market (which are by definition equivalent).

The BBE approach has been applied to two nasal sprays, Nasonex® (Merck) and Flonase® (GSK), which are corticos­teroids used to treat nasal symptoms such as congestion, sneezing, and runny nose caused by seasonal or year-round aller­gies. These two products are already com­mercialized and considered individually as Reference products. In accordance with FDA guidance, two main parameters of in vitro spray performance were considered for the bioequivalence tests.12-14 The con­trol of theses parameters ensures the qual­ity of the nasal spray product and at the end the efficacy of patient treatment.

The statistical comparison of the three methods (ABE, PBE, and BBE) was per­formed separately on batches of Flonase and Nasonex products. 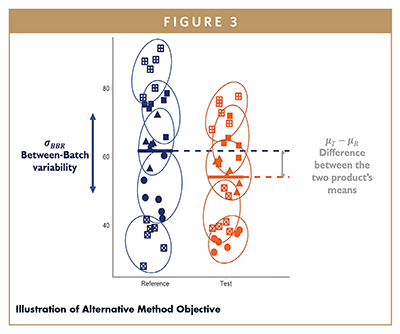 The aim was to evaluate whether the three methods can adequately conclude in an equivalence context of each product. For that purpose, the true positive rate of each method was estimated and com­pared. For both criteria (D50 and area) and both products (Nasonex and Flonase), batches of each product were randomly selected to be considered as a Reference or Test for the need of the bioequivalence evaluation.

The first, Dv50 (or D50) related to droplet size distribution (DSD), was meas­ured by laser diffraction using a Spraytec (Malvern, UK) and an automatic actuator (Proveris, USA).15 Second, the spray pat­tern (area) was measured using a Sprayview system (Proveris, USA). This pa­rameter, describing the shape of the spray is known for its high variability.16 The study has been performed at two distances (3 cm and 6 cm) as recommended in the guidance with an actuation speed of 80 mm/s.17

The results observed in the real case application confirm those observed in the simulation results. When the total variabil­ity of the Reference is low (around 5% for the DV50 criterion) the two state-of-the-art methods reached high true positive rates, with values greater than 99%. In this situ­ation, the BBE equivalence test reached significantly lower true positive rates, de­pending on the between-batch variability (69% with πBB=25% and 84% with πBB = 43%). On the other hand, with the Area parameter, exhibiting higher variability on the Reference, 27% and 18% for the Flonase and Nasonex products, the BBE method showed higher true positive rates than ABE and PBE (70% versus 14% and 60% for the Flonase and 85% versus 62 and 69% for Nasonex).

The purpose of this work was to pro­pose the development of an alternative statistical method to evaluate in-vitro equivalence. This alternative statistical method may be more appropriate to eval­uate the in vitro bioequivalence for a nasal spray in a batch variability context with a reduced number of samples. Thus, BBE may be of particular interest to optimize the generic development in both in vitro and in vivo contexts. 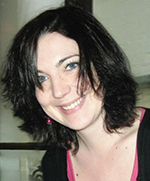 Céline Petitcolas is Customer Technical Support for nasal range at Nemera. Holding a Materials Engineering degree from the École Nationale Supérieure de Chimie et de Physique in Bordeaux, France, she joined Nemera in 2012 to develop pharmaceutical devices, focusing especially on the nasal spray area. Her role consists in helping and assisting customers from a technical point of view in their development of nasal sprays and more specifically in the area of bioequivalence. She is the preferred technical contact for customers as she interfaces with multiple Nemera teams (marketing, sales, technical) to bring customers and partners the support they need. 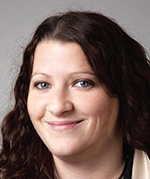 Manuela Basso is an experienced communications professional, with a journalism and marketing background. She holds a European Master in Management and specializes in International Marketing. After various experiences in different fields, she has been working at Nemera for 6 years, developing effective communications to support Nemera’s overall vision and mission: to put patients first.