Polymer encapsulation has long been recognized as a way of improving the uptake and release of small molecule drugs, and has more recently been used to enhance the stability and bioavailability of biologics. Unfortunately, despite the benefits, traditional emulsion particle manufacturing techniques are laborious, inefficient, and inconsistent, limiting the widespread application of microparticle drug delivery vehicles. Recent advances in both manufacturing and polymer composition are addressing these issues, leading to a new wave of microencapsulated drugs. This article looks at how microfluidics is changing the drug development sector and explores an exciting new non-encapsulating microparticle-based approach that offers “tunable” release of the active pharmaceutical ingredient (API). 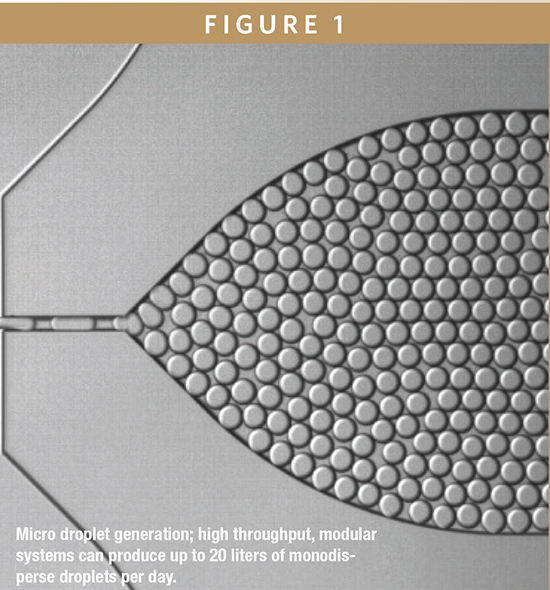 The concept of encapsulating a drug within a polymeric particle for delivery is not new, and it has been common practice for over 20 years to use micro- and nanoparticles as drug delivery vehicles. Drug encapsulation within polymer spheres offers a number of benefits over conventional dosage forms. First, it can protect the API from enzymatic or acidic degradation. It also leads to a more uniform absorption rate, as the particles are distributed over a greater area of the gastrointestinal tract. In addition, dividing a dose across multiple particles improves safety and reduces the risk of toxicity in the event of defective delivery. While controversial, there is also some disputed evidence to suggest that microparticles preferentially congregate in tumor tissues – the enhanced permeability and retention effect – offering the possibility of more targeted drug treatments. Microencapsulation also provides a solution to an ongoing problem that plagues pharma companies; many promising small molecule drug candidates are hydrophobic and poorly soluble in water, which makes them unusable. Encapsulation overcomes this barrier, helping a candidate drug’s transition from discovery to development.

Controlling microparticle size is important in drug microencapsulation, not least because particles that are too large can block an injection needle. The diameter of the polymeric particles also determines the drug-release profile and rate of polymer degradation; large droplets may release the drug too slowly, resulting in a non-therapeutic dose, while small beads may release the drug too quickly, causing a spike and potentially harmful side effects. Effective dosing therefore requires the administration of monodisperse particles with a carefully chosen diameter contain-ing the correct dosage of API. This is difficult to achieve in commercial-scale production, as particle size is subject to statistical control, and the resulting polydisperse particles require additional size selection steps to isolate appropriate microparticles, such as selective filtration.

Traditional batch approaches rely on using mechanical stirring or sonication to mix an aqueous phase containing the dissolved API and a surfactant with a polymer in an organic phase, creating an emulsion. Unfortunately, these batch processes suffer from low and uneven API encapsulation, broad particle polydispersity, and a lack of batch-to-batch consistency, leading to very low yields and productivity. Luckily, all of these issues can be ameliorated using a continuous flow microfluidics approach.

Microfluidics offers carefully controlled mixing of aqueous and organic phases to create homogeneous populations of monodisperse micro- or nanoparticles at flow rates of up to tens of milliliters per minute. The ability to “fine tune” the physical properties of the resulting particle population by adjusting the total flow rate, polymer concentration, aqueous-to-organic flow rate ratio (FRR), and use of a co-solvent is another major benefit of a microfluidics approach. This allows particle size to be tailored to individual applications – from 100 nanometers to 100 micrometers – without changing the hardware set-up. If fully optimized, it also offers virtually 100% encapsulation, compared to about 30% encapsulation efficiency for a typical batch technique, avoiding the waste of large quantities of expensive APIs.

The increased uptake of microfluidics for drug delivery applications is largely a result of a rise in commercial availability of standardized hardware set-ups – connectors, chips, and pumps – from suppliers, such as Dolomite Microfluidics. These products have helped to move microfluidics from a niche method into routine laboratory use, enabling researchers to focus their time on applications rather than developing the technology. This technology has now become so ingrained in the industry that in 2015, the US FDA recommended the production of all microencapsulated drugs be migrated to continuous flow manufacturing techniques. The transition coincides with the commercial development of high throughput, modular systems that can produce up to 20 liters of monodisperse droplets per day – offering production speeds and scales comparable to batch techniques. The timely combination of the right technique, commercially available tools, and business interest has encouraged the rapid adoption of microfluidics for drug encapsulation. 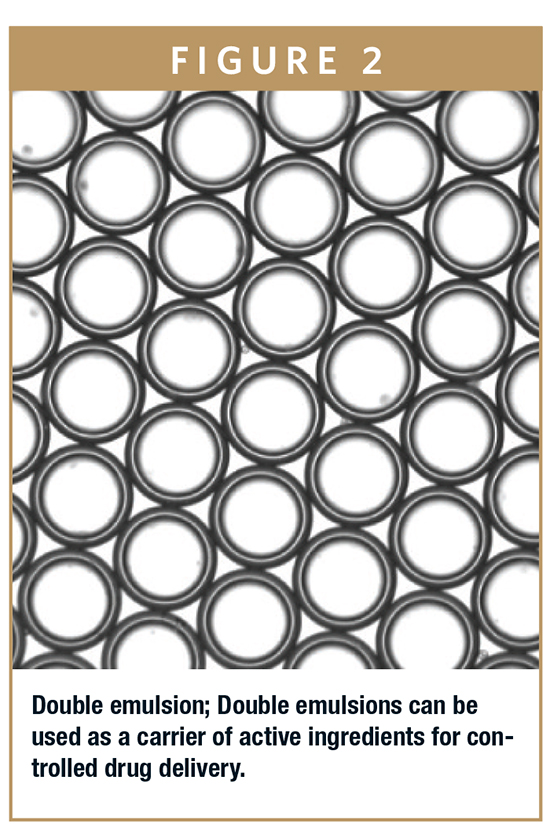 As it stands, an encapsulated drug is released from the particle matrix via diffusion or osmosis, or through decomposition or enzymatic digestion of the polymer. Pro-Lynx, a biotech start-up in San Francisco, CA, is developing a new platform for drug delivery using cleavable linkers to control drug release and the subsequent degradation of the hydrogel microparticle. In contrast to encapsulation methods, the release rate of the covalently tethered drug is completely tunable and independent of polymer degradation. This technology has been shown to extend a drug’s biological half-life (t1/2), and the company has a growing intellectual property portfolio for the delivery of small molecule, peptide, and protein APIs.

At the heart of the new technology is a cleavable linker tethering the drug to a tetra-PEG-hydrogel microparticle, comprising a carbamate group with an acidic carbon-hydrogen bond on the beta-carbon. The acidity of the C-H bond is determined by an electron withdrawing “modulator” group – such as a methylsulfonyl (MeSO2) or nitrile (CN) – which controls the rate of a beta elimination reaction to free the unmodified drug from the microparticle. Analogous yet slower-cleaving carbamate linkers are incorporated into the PEG-hydrogel microbead crosslinks, enabling degradation of the bead to be coordinated to occur after the drug is released. Manipulating the modulator for both the drug tether and PEG-hydrogel crosslinking offers a wide t1/2 range – from hours to years – for any given API.1 This places the drug-release profile under tunable, chemical control, rather than being dependent on microparticle size and composition.

A key part of the company’s manufacturing process is the production of the PEGhydrogel microparticles, which is carried out using a custom-made glass Telos® 2 Reagent Chip from Dolomite Microfluidics.2 The chip’s seven 50-micrometer channels enable ProLynx to produce microparticles with a 40-micrometer diameter at a rate of ~4,000 droplets/sec/channel, equivalent to 8 ml/hour. The Telos system allows up to 10 Telos modules to be assembled in parallel for easy scale-up, offering identical conditions for up to 70 droplet junctions.

To date, the company has published papers on its work with exenatide – a peptide for treating Type II diabetes – and octreotide, which is an FDA-approved peptidic somatostatin (SST) agonist used to treat acromegaly and neuroendocrine tumors.3,4 In addition to working with smaller molecules, experiments with a single chain antibody fragment (25 kDa) have extended its t1/2 to be comparable with monoclonal antibodies.5

Drug delivery will continue to be a growing market and area of research, and there are still many challenges that present opportunities to develop innovative technology-based solutions. The excellent control of particle size and composition offered by microfluidics has established the technology as a reliable and reproducible resource for the generation of monodisperse, microencapsulated drugs. Combined with its scalability and the growing commercial availability of customizable hardware solutions, microfluidics will provide a platform for experimentation and discovery in the years to come. 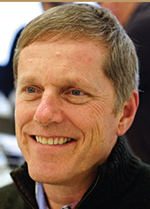 Richard Gray is Director at Blacktrace Group, the parent company of Dolomite Microfluidics, Particle Works and Syrris. He founded Syrris Ltd with Mark Gilligan in 2001, moving to the USA in 2004 to manage the group’s US subsidiaries. His background includes fast-track product and process development in consumer, medical device, and industrial sectors. Before Syrris, he was a General Manager in Mettler Toledo’s Automated Chemistry Group, starting up and leading a 50-strong team in design and manufacturing of automated drug synthesis equipment. He worked in technical consulting at The Technology Partnership and PA Technology, and in helicopter rotor design at Westland Helicopters. Mr. Gray holds an MA in Engineering from the University of Cambridge, UK, and a Diploma in Management Studies. 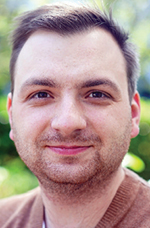 Dr. Pavel Abdulkin is an experienced chemist and brand manager, and Head of Particle Works, a sister brand of Dolomite Microfluidics. He earned his Master’s degree and Doctorate from the University of Cambridge, UK, where he specialized in the development of novel methodologies for nanoparticle synthesis. After completing his research, he worked as a consultant in the printed electronics industry and co-founded an engineering company specializing in mobile continuous flow platforms for the disposal of liquid rocket fuel. In his current position, he is responsible for developing and implementing the group’s strategy, as well as managing the chemistry team and overseeing all chemistry R&D activity.