NLCs are a formulation extension of SLNs in which the NLC lipid particle carrier matrix is composed of multiple lipids. The most common type of NLC matrix is a mixture of a solid lipid with chemically different liquid lipids. The combination of a solid lipid with liquid lipid(s) results in areas of carrier matrix inconsistency, which provides for a series of advantages for NLCs over typical single matrix material SLNs.9 NLCs provide for higher active loading than SLNs, due to the presence of liquid carrier materials, which have a higher solvent capacity in the finished NLC. This increased solvent capacity is due to additional active incorporation space created through the generation of crystal imperfections due to the presence of liquid lipid, in the highly ordered crystal structure of the solid lipid material.10 NLCs provide for a biphasic drug-release pattern, which results from a rapid release of active from the liquid phase of the NLC, with a comparatively slower release of the API from the solid lipid portion of the NLC. This release pattern can be modulated by adjusting the proportions of the liquid and solid lipid carriers within the NLC.11 NLCs also provide for long-term active stability during storage, as the presence of liquid lipid in the carrier particle reduces the amount of active crystallization that will occur.12 NLC formulations require less surfactant than liquid emulsion systems, allowing for greater active loading.1

Hot Homogenization
Hot homogenization is a manufacturing technique carried out at temperatures above the melt point of the lipid(s). A pre-emulsion of the active-loaded lipid melt and an aqueous emulsifier is generated by high-shear mixing. Typically, more than one pass is required through the high-shear homogenizer. It should be noted that increasing homogenization leads to an increase in nanolipid particle size due to particle coalescence. Typically, lower nanolipid particle sizes are obtained at higher processing temperatures due to reduced viscosity of the lipid phase.14

Micro-Emulsion Based on SLN Preparations
Manufacturing lipid nanoparticles by this method involves dispersing hot microemulsions in cold water under stirring. The emulsions typically consist of a low-melting fatty acid, an emulsifier, co-emulsifiers, and water. The droplet structure is generated by the emulsion globule size, and no additional energy needs to be added to the system to generate submicron particle sizes.18

Supercritical Fluid
In this method, solutions of supercritical CO2, active, and lipid are rapidly expanded into an aqueous phase containing surfactant and then sonicated and lyophilized to obtain the lipid nanoparticles.19 A major advantage of this system is that no organic solvents are required.20

Spray Drying
Manufacturing lipid nanoparticles by spray drying is a one-step process that converts a liquid feed of organic solvent solution, in which the lipid-active mixture is dissolved, which is atomized by spraying. This spray atomization contacts a hot gas that results in the evaporation of the solvent, forming dried lipid particles. The dried particles are separated from the gas by a cyclone, an electrostatic precipitator, or bag filter.21

The lymphatic system is part of the circulatory system, which is composed of an intricate network of conduits that carry lymph. The primary function of the system is to carry interstitial fluid accumulation back to the circulatory system and to transport immune cells to the lymph nodes.25,26 Per-oral actives incorporated in SLNs and NLCs reach the systemic blood circulation through the intestinal lymphatic system, as opposed to entering the systemic blood circulation through the portal blood. This pathway allows for a reduction in first-pass metabolism and an increased overall bioavailability for the active.27 In addition to intestinal lymphatic uptake, SLNs and NLCs can be delivered by means of other lymphatic pathways, including subcutaneous and pulmonary lymphatic uptake.

Advantages of subcutaneous lymphatic uptake of actives are active accumulation at the site of administration, low clearance, avoidance of first-pass metabolism, sustained release, and increased absorption. Advantages of the pulmonary lymphatic uptake include avoidance of first-pass metabolism, reduced systemic toxicity, reduction in the need for continuous dosing, increased local concentration of active, and direct delivery of the active into less-accessible parts of the lung.28

Darunavir is effective against wildtype and PI-resistant HIV, and has a very low oral bioavailability of 37%. It is formulated with ritonavir to increase its bioavailability to 82%. This low bioavailability is common for oral anti-retrovirals, which typically have low-aqueous solubility, high CYP-mediated metabolism, and are often a substrate for P-glycoprotein efflux.29 These results demonstrate the efficacy of darunavir SLNs with regard to both uptake by the lymphatic system and overall increase in bioavailability due to lymphatic absorption of the formulation (Figure 4). These points are further enforced given that the in vitro release of darunavir SLNs was slower and less extensive than marketed tablets, yet the bioavailability was much greater. The BBB is a group of astrocytes, neurons, and endothelial cells that restrict passage of numerous biological or chemical entities to the brain tissue. It provides significant protection to the brain, but this protection inhibits the delivery of many actives to the brain, and therefore, the BBB represents a significant challenge to drug delivery.31 The most formidable obstacles that impede drug delivery to the brain are the largely impermeable endothelial cells and tight junctions, P-glycoprotein efflux, and enzymatic activity. Both SLNs and NLCs exhibit bioacceptable and biocompatible characteristics compared with polymeric nanoparticles, and they are more readily able to traverse the BBB due to their lipidic nature.32

Lamotrigine (LMT) is a broad spectrum efficacy antiepileptic active. Over-expression of P-glycoprotein in the BBB reduces the passage of LMT across the BBB.33 Due to the limited passage of LMT into the brain, relatively high doses are required to reach therapeutic concentrations. These high doses lead to high plasma concentrations of LMT, which can lead to systemic side effects.

In order to evaluate the effect of NLC on the bioavailability of Lamotrigine, LMT containing NLCs were formulated by solvent evaporation method. The NLC was composed of glycerol monostearate (GMS) as a solid lipid and oleic acid (OA) as a liquid lipid. The GMS, OA, and LMT were dissolved in a mixture of ethanol and acetone (1:1). The solvents were evaporated off with subsequent centrifugation to obtain the final active carrying NLC. Intranasal LMT-NLCs, intranasal LMT solution, and oral LMT solution were evaluated for plasma and brain concentration of LMT. The LMT-NLC and LMT solution were evaluated for in vitro LMT release.34 Additionally, malondialdehyde (MDA) levels and glutathione (GSH) levels were measured to gauge the maximal electric shock (MES) seizure mitigation levels of LMT administered in each respective formulation, as typically MDA levels increase and glutathione levels decrease after MES induction.35 It was observed that the in vitro release of LMT from NLCs was slower and less extensive than the release of LMT from solution (Figure 5). Plasma concentration for LMT-NLCs was lower than plasma concentration for intranasal solution of LMT and roughly equivalent to the plasma concentration of the oral solution of LMT; however, brain tissue concentration was significantly higher for LMT-NLCs than either intranasal solutions or oral solutions of LMT (Figure 6). GSH levels after MES induction were highest in the LMT-NLC formulation, while MDA levels after MES induction were the lowest in the LMT-NLC formulation (Figures 7 & 8). These results demonstrate the efficacy of LMT-NLCs in enhancing the brain concentration of LMT as compared to intranasal and oral solutions of LMT. The results are more impressive in light of the reduced in vitro dissolution observed for LMT-NLCs, indicating that lipid-based nanoparticles can produce active bioavailability, which is not directly predictable by in vitro dissolution testing. 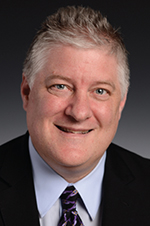 Dr. John K. Tillotson research areas include functional lipids, SEDDS development, and direct-compression tableting. He joined ABITEC Corporation in 2015, and currently serves as the Pharmaceutical Technical Business Director for the Americas, responsible for business development and product technical support in the US, Canada, and Latin America. He has extensive experience in the development of solid oral dosage forms, including the development of multiple direct compression, drug delivery systems, and formulations. He earned his BS in Pharmacy (Ferris State University, MI) and his PhD in Industrial Pharmacy (University of Cincinnati, OH). He can be reached at (614) 429-6464 or jtillotson@abiteccorp.com.