In October 2017, the FDA released its much-anticipated draft guidance documents for drug-drug interaction (DDI) studies — and changed the recommended timing of these evaluations. Even before then, we had an inkling of what was to come. As early as summer 2017, a client about to enter Phase 1 development for an oncology drug received a request from the FDA. The agency requested that our client add restrictive exclusion criteria to the first-in-human (FIH) clinical protocol for numerous co-medications that were possible substrates of the major drug transporters. At the same time, the FDA suggested that the sponsor could avoid these exclusions by providing in vitro transporter and reaction phenotyping data prior to the FIH clinical study.

While the new guidance contains many important changes — notably, amended cutoff criteria and safety factors for the basic inhibition study models — the earlier timing of DDI studies is, perhaps, the most daunting.1 This is especially true for developers with drugs in the later clinical stages. Does this guidance mean sponsors are required to backtrack, and if so, how far? This article outlines the implications of these new timing requirements and best practices for negotiating them efficiently and effectively moving forward.

WORKING BACKWARD FROM THE CLINICAL GUIDANCE

In response to commentary on the 2012 guidance regarding its navigability, the 2017 guidance is organized as separate in vitro and clinical documents. It is Section III of the clinical document (Table 1) that speaks to the timing of in vitro DDI studies. Because of its pertinence and subtlety, the section is reproduced here, verbatim.

“After conducting in vitro drug metabolism and drug transporter studies, sponsors should determine the need for and timing of clinical DDI studies with respect to other studies in their clinical development program. Sponsors should evaluate DDIs before the product is administered to patients who are likely to take concomitant medications that could interact with the investigational drug. Furthermore, sponsors should collect enough DDI information to prevent patients from being unnecessarily excluded from any clinical study because of their concomitant medication use. Unnecessary restrictions on patient enrollment can result in clinical study populations that are not representative of the indicated patient population. Inadequate studies of DDIs can hinder the FDA’s ability to determine the benefits and risks of an investigational drug and could result in restrictive labeling, postmarketing requirements or commitments, and/or delayed approval until sufficient information on DDIs is available. Sponsors should summarize their DDI program at milestone meetings with the FDA. Potential discussion topics at these meetings include the planning, timing, and evaluation of studies to determine the DDI potential of the investigational drug.”

The guidance states that sponsors should determine the timing and need for clinical DDI studies after conducting in vitro drug metabolism and drug transporter studies and before the drug is administered to patients taking interacting medications. In vitro studies elucidate the potential for DDI. The goal is to collect enough DDI information to prevent patients from being unnecessarily excluded from the study, thus keeping study populations more representative of relevant patient populations to better define patient safety — with the added benefit of expediting enrollment.

The guidance indicates that failing to characterize the potential for DDI before FIH studies may result in undesirable conditions being placed on the drug to ensure patient safety: restrictive labeling, postmarketing requirements, or commitments and delayed approval. Furthermore, the guidance notes that sponsor plans for determining the DDI potential of a drug candidate will be a topic of discussion at milestone meetings with the FDA; drug developers must be prepared to present regulators with robust strategies for early, in vitro DDI evaluation, taking into consideration the indication and likely co-medications.

In summary, neglecting to address DDI before clinical studies may impede your program progression.

Testing for definitive in vitro DDI data, including metabolism and transporter data, early in the development process is a major departure from recent practice. In the past, sponsors would consider the clinical program, decide which aspects needed to be de-risked, and perform appropriate studies in the FIH to proof-of-concept stage, or even as late as Phase III. Now, these data will frequently need to be obtained in the absence of any clinical data.

But without the results of single or multiple ascending dose (SAD/MAD) studies, what drug concentration should be tested? Lines 812-815 of the in vitro guidance suggest that concentrations should be as high as possible, limited only by solubility and cytotoxic effects on cell models. By using the maximal concentration, developers will produce data applicable to the widest range of clinical dosages possible. Some contract research organizations (CROs) have developed strategies to handle this situation.

Obtaining such broad-spectrum in vitro data does have clinical stage benefits. Should indications or formulations be amended as the program develops, such that the Cmax must be raised above that in the SAD/MAD studies, the in vitro data will be ready to support the new dosages, averting the need to repeat definitive studies at a later date.

BUT THESE ARE JUST DRAFT RECOMMENDATIONS, NOT REQUIREMENTS, RIGHT?

The short answer to this question is: Wrong. The good guidance practices regulations (21 CFR 10.115), which were revised in April 2017, address whether guidance recommendations are requirements.2 Technically, no, they are not. However, the regulations go on to explain that guidances, “represent the agency’s current thinking … FDA employees may depart from guidance documents only with appropriate justification and supervisory concurrence.” In other words, in the absence of a very convincing reason, sponsors are expected to follow guidances.

In addition, the fact that the guidance is just a draft should be ignored. The aforementioned regulations further state that the “FDA also can … review any comments received and prepare the final version of the guidance document that incorporates suggested changes, when appropriate.” In other words, the FDA can, but is not required to, issue a final version. Because neither the 2006 nor the 2012 guidance was finalized, waiting for the final 2017 guidance is not sensible. The best plan is to follow the latest guidance moving forward and take all opportunities to communicate the proposed strategy to the FDA, presenting science and data, as needed, to justify any departures from current recommendations.

WHY GOOD SCIENCE IS GOLDEN

The source of all these recommendations is, ultimately, the community of scientists. Guidances are understood to be living documents — which reasonably explains the apparent reluctance to finalize them. As stated in the in vitro guidance’s introduction (lines 29-31), the goal is to “describe a systematic, risk-based approach to assessing … and … [mitigating] DDIs.” Given this purpose, as new knowledge comes to light, the guidances will need to be updated. Indeed, the FDA maintains its list of in vitro probe substrates on the web, for easy revision.3 In essence, the FDA expects, or even needs, the industry to drive innovation.

This open stance is suggested in statements scattered throughout the guidance, regarding the possibility of alternatives. For example, around line 373, in the transporter section, the authors offer that alternative cut-off ratios may be justified based on a sponsor’s prior experience. Further down, in the metabolite section (line 579), we find: “Alternative methods are acceptable if the sponsor can justify that the DDI potential of the metabolites can be adequately assessed.”

These are clear invitations to communicate and apply the most current research results, even when they contradict the written recommendations. Doing so not only helps sponsors perform and interpret studies sensibly, but it also helps the FDA keep abreast of new scientific developments. Proper or comprehensive justification for alternatives may come in the form of a sponsor’s own published, peer-reviewed data. Publications that were likely used this way are cited in the guidance, such as those referenced immediately following the metabolite statement: Callegari, Kalgutkar, et al. 2013; Yu and Tweedie 2013; and Yu, Balani, et al. 2015. Papers like these shape subsequent iterations of guidance. The corollary of this influence is that in addition to understanding the current guidance, studying the citations listed in the guidance is highly recommended as a key to understanding the logic behind the revisions.

WHAT TO DO NOW: STRATEGIES FOR NEGOTIATING THE CHANGING LANDSCAPE

The way forward, given the new recommendations, is generally to stay on the course. For those in the late clinical stages of drug development, there is no need for undue concern. It may be possible to negotiate post-marketing commitments, but the best practice is to maintain open lines of communication with the FDA.

For those with drug candidates far enough along in development to have already produced some definitive DDI data, the best plan is to perform a risk-based gap analysis. The existing in vitro package should be compared with the new requirements. An experienced contract research organization can provide advice and assistance in taking the appropriate actions, which will depend upon the drug’s development stage and timeline.

In some cases, existing data can simply be reinterpreted based on the new cut-off criteria. Additional in vitro DDI studies may also be in order, if needed, for the new drug application. Again, taking advantage of all opportunities to communicate your strategy with the FDA is the best way to save time and avoid unexpected setbacks.

WHEN TIMELINES MATTER, HELP IS AVAILABLE TO IMPLEMENT THE NEW IN VITRO DDI RECOMMENDATIONS

Among numerous revisions to the 2017 FDA in vitro DDI guidance, the most significant is, perhaps, the push to obtain in vitro DDI data early in drug development — before FIH studies. The purpose is to render subject pools that more accurately represent the relevant patient populations by minimizing unnecessary, medication-based exclusions.

Though they are referred to as recommendations, even draft guidances should be regarded as mandatory, and stakeholders will need to adapt quickly. While presentation of compelling scientific evidence can make variations acceptable, in most cases, carefully considered changes in the testing approach will be required.

Drug development is a lengthy process, and any delay can be costly. The best overall strategy for handling the updates is to keep drug candidate programs moving. Formation of clear strategies and ongoing communication with the FDA can help. An experienced CRO may have already developed plans to cover the new designs in the latest FDA guidance documents and may therefore be able to offer the greatest efficiency in adapting drug development programs to fulfill the new recommendations. 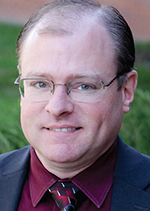 Dr. Brian Ogilvie currently serves as Vice President of Scientific Consulting at Sekisui XenoTech. With more than 20 years of experience in drug metabolism, transport, and drug-drug interactions, he has written numerous expert opinions, is an author on numerous posters and publications, and an invited speaker at many conferences. He earned his PhD in Toxicology from the University of Kansas Medical Center and his BA in Molecular Biology from William Jewell College. 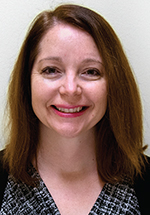 Andrea Wolff is the Director of Service Logistics at Sekisui XenoTech. She has more than 20 years of experience with GLP and non-GLP in vitro metabolism and transporter contract research studies, and currently manages several core service support teams that cover protocol writing, report writing, data processing, and project management. She is an expert consultant and invited speaker on regulatory requirements, providing guidance on which in vitro studies to perform. She earned her BS with a double major in Chemistry and Biology from Baker University.