Viruses, among the smallest organisms on earth, have gone through literally eons of natural selection to make them one of the most advanced gene delivery mechanisms imaginable, for any and all kinds of tissue and cell types.

Today, through the research efforts of dedicated gene therapy pioneers, huge knowledge gaps have been closed concerning virus biology, vector dynamics, immune interaction, and vector safety. This intense research has resulted in science’s ability to remove the harmful/pathogenic components of virus genomes, enabling applications that would not harm the organism or patient, and turning the tide on viral vectors as a historic opportunity, rather than a threat.

Gene therapy suffered near catastrophic setbacks when adenovirus vectors were employed for the treatment of the non-life-threatening disease, ornithine transcarbamylase (OTC) deficiency, resulting in the death of a young patient.1 OTC deficiency is one of the most common urea cycle disorders in humans. An inherited disorder, it causes toxic levels of ammonia to build up in the blood.

Moreover, although success was achieved in the treatment of children with severe combined immunodeficiency (SCID), the integration of the retrovirus-delivered therapeutic gene into the LMO2 proto-oncogene region triggered development of leukemia in some individuals.2

Following these high-profile failures and the subsequent worldwide efforts to mitigate against them, the field has recovered, and gene therapy has continued to progress, as evidenced by the more than 2,600 clinical trials conducted through 2017.3 The largest percentage of these trials, 64.6%, focused on cancer therapy, while 10.5% focused on monogenic diseases, 7.4% on infectious diseases, and 7.4% on cardiovascular diseases. About 70% of the trials have utilized viral vectors. And although developments in gene manipulation methods, such as CRISPR, and more efficient delivery methods for non-viral vectors have been introduced, viral vectors remain attractive.

The growing number of clinical trials using viral vectors indicates enthusiasm for their potential. Clinical efficacy and safety shown in recent gene therapy trials have prompted significant investments from both biotech and pharma companies, opening the door for widespread investments into acquisitions and clinical developments of gene and cell therapies, all using viral vectors.

Recombinant DNA technology can now generate viruses that incorporate modifications in a specific viral gene or locus and that have a broad tropism allowing gene expression in a wide range of host cells. Recombinant viruses are currently being extensively investigated in preclinical and clinical studies in such disease areas as neurodegenerative, central nervous system, rare genetic diseases, and cancer. Currently used recombinant viruses include Adenovirus, Lentivirus, and Adeno-associated virus (AAV). These virus types differ in their transduction and expression profiles as well as other key elements that are important for the application of viral vectors.

Adenoviruses, often referred to as the “common cold virus,” are double stranded DNA viruses with a wide range of vertebrate hosts. In humans, more than 50 distinct adenoviral serotypes have been found to cause a wide range of illnesses, from mild respiratory infections in young children to life-threatening multi-organ disease in people with a weakened immune system. Adenoviruses are highly effective in transducing cells in vivo, eliciting a rapid onset of gene expression and inducing a strong immune response. Adenoviral immunogenicity has been excited in development of vaccines against human papillomavirus (HPV) and a novel class of tumor antigens using the rare, highly immunogenic adenovirus Ad19a/64 vector. And while some scientists do not believe adenovirus should be pursued for permanent replacement of genes, their utility for vaccination, they say, should be further explored.

Exemplifying the approach of using adenovirus as a potential cancer vaccine, Neukirch et. al. explored a cancer vaccine strategy using the murine model system of the murine melanoma-associated retrovirus (MelARV), which is expressed in different murine cancer cell lines and that can be used to study mechanisms and therapeutic approaches against endogenous retroviruses (ERVs) in cancer.

The investigators designed a vaccine, (Ad5-MelARV), adenoviruses encoding the MelARV proteins Gag and Env, which assemble in vivo into virus-like particles displaying the cancer-associated MelARV Env to the immune system. The novel vaccine was designed to induce both humoral as well as cellular immune responses in order to attack ERV-expressing tumor cells.

While antibodies were not induced in response to vaccination, elicited T-cell responses were strong enough to prevent colorectal CT26 tumor growth and progression in BALB/c mice after a single vaccination before or after tumor challenge. A combination with the checkpoint inhibitor anti-PD-1 further increased the efficacy of the vaccination leading to complete tumor regression.

The authors further noted that immune responses in vaccinated mice were not restricted to only one cancer cell-line, but vaccinated animals were also protected from a re-challenge with the distinct breast cancer cell line 4T1. Thus, the developed vaccine strategy could represent a novel tool to successfully target diverse ERV-bearing tumors in cancer patients.4

Lentiviruses are an RNA virus that belongs to the family Retroviridae. A significant advantage to retroviruses as vectors for gene therapy is that they can accommodate a large insert size (7-8 kb) for the gene of interest and produce high titers. Investigators have reported the replication-defective vectors from the lentivirus human immunodeficiency virus (HIV) and showed they transduce target cells independent of mitosis. The vectors proved highly efficient for in vivo gene delivery and achieved stable long-term expression of the transgene in several target tissues, such as the brain, the retina, and the liver and muscle of adult rats. A persistent remaining concern, however, is the biosafety of vectors derived from a highly pathogenic human virus.

These so-called “third-generation” HIV-1-derived lentiviral vectors have been highly engineered, and this third-generation Lentiviral vector system has many advantages, including high packaging capacity, stable gene expression in both dividing and post-mitotic cells, and low immunogenicity in the recipient organism. They also lack a potentially harmful promoter activity originating from their long terminal repeat sequences (self-inactivating (SIN) vector).

The most significant disadvantages are lack of cell specificity and the possibility of insertional mutagenesis.5 The enzyme “integrase” inserts copies of the retroviral genome into the host cell chromosomes, but there is a risk of inserting the genome copy into an unfavorable location, such as a tumor suppressor gene or an oncogene, which would lead to uncontrolled cell division.

The most advanced gene or cell-therapy applications use Lentiviral vectors to transduce cells, most commonly hematopoietic cells, ex vivo before injecting them back into a patient. This approach is used to manufacture the most advanced genetically modified cell products (ATMPs) like CAR-T and gene-modified CD34+ cells.

SIRION Biotech has developed a Lentiviral vector enhancer called Lenti-BOOSTTM, which increases the gene transfer efficiency and long-term gene expression in patients. Moreover, the use of LentiBOOSTTM increases the efficiency of this process and lowers manufacturing costs due to the significant reduction in vectors needed for production.

A member of the Parvoviridae family, these are the new superstars in the gene therapy sector. Wild-type AAVs do not elicit any disease in humans and can elicit long-term gene expression.

AAV capsids can be engineered and targeted toward specific cell or tissue types. All these features make them ideal tools for modern gene therapy applications, and the rise in interest for this technology has been significant.

AAV is a small virus that allows packaging of 4.7-kb inserts. The virus has low toxicity, lacks pathogenicity, and provides long-term transgene expression. The AAV genome contains two genes, rep and cap, that encode polypeptides essential for its replication and encapsidation. These two genes are flanked by viral Inverted Terminal Repeats (ITRs). AAV requires co-infection with another helper virus (adenovirus or HSV) to mediate its replication. AAV serotype 2 (AA2) is the first and best characterized infectious clone to have been widely used to transduce neurons. Specific advantages of AAV vectors include their relatively broad host range, their ability to transduce both dividing and non-dividing cells, its lack of pathogenicity, and with their ability to elicit stable gene expression. To date, AAV has won clinical success as the FDA granted marketing approval to Spark Therapeutics for its Voretigene neparvovec (LuxturnaTM), to treat biallelic RPE65 mutation-associated retinal dystrophy, a rare genetic eye disease that gradually leads to severely impaired sight in childhood and, in some cases, blindness by adolescence. Luxturna has been shown to stop and even in some cases reverse the effects of the condition. Luxturna is the first directly administered gene therapy approved in the US that targets a disease caused by mutations in a specific gene, the RPE65 gene that encodes an enzyme that is essential for normal vision.

WHAT THE FUTURE HOLDS FOR VIRAL VECTORS

The future of viral vectors will need to focus on both increasing vector efficiency and manufacture productivity. The first factor and current bottleneck is the cost-of-goods when these vectors are produced under GMP conditions. uniQure’s now famous $1-million gene replacement shot using AAV comes to mind immediately.

Certainly, current efforts are directed toward reducing the immunogenicity of AAV vectors and neutralization by antibodies present in the population by preventing a vector re-administration. This aspect also drives developments and research in non-viral delivery technologies. A common theme for all gene delivery platforms is delivering the therapeutic gene to the right cells, which is at the core of SIRION’s AAV development platform.

Despite the huge potential and clinical benefits of gene therapy, challenges remain regarding immunogenicity, duration of treatment, and specificity of gene transfer; however, the benefits of the therapy outweigh the potential risks, and offer new treatment options and real hope for patients. 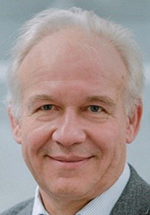