You all know Rodney Dangerfield, the man who coined the phrase, “I don’t get no respect!” I believe Rodney had some of the best one-liners in show business. Some were a little crude, but most were hysterical.

I learned a long time ago that respect has to be earned, it is never given freely. While everyone wants to be respected, the odds are that you will eventually run into someone who is in a management position that “gets no respect.” What do you do if you end up reporting to someone who you do not respect?

So, what do you do if you end up reporting to someone who you have no respect for? This is a really tough situation, possibly one of the top three toughest situations. The following is what I would do:

1. Do the best job you are capable of and don’t let your lack of respect for your boss affect your performance. I would view it as a training session by your boss on what not to do when you become a manager.

2. Keep a detailed file on problems and concerns your boss is responsible for. Show no emotion in your writing as it won’t fly well in a mediation or arbitration hearing. And keep the file at home, not in the office.

3. Do not, under any circumstance, talk negatively about your boss to others. One of them may be a back stabber and go to your boss and tell him/her what you said. A lot of people in companies who have poor skill sets get ahead by relaying to your boss what you have said in a closed-door meeting.

5. If nothing works, then I would tune up the resume or wait your boss out. People change responsibilities constantly in companies, so your boss may be somewhere else in a few weeks or months.

Keep in mind that the problem could also be you. It could be a personality conflict or maybe your boss just has some benign bad habits you and others find uncomfortable. Sometimes, with great dignity and respect toward your boss, you might want to ask your boss out to lunch or dinner and put the problem on the table and work it out.

I had a conflict with the President of one of the large corporations I worked for and lost all respect for him. As things were coming to a head, I chose to take him out to dinner and to talk it over. We settled our differences, shook hands, and instead of getting fired, he became a mentor to me. 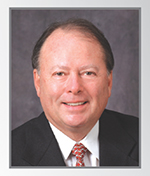