In many cases, developmental disorders that impact thou­sands of people around the world are neglected due to a lack of precedent in research, limited understanding of the mechanism of action of onset and progression, and the inability to carefully assess preclinical and clinical data. However, recent advance­ments in research have provided many important insights that are helping drug developers and academic research centers to consider new approaches to treatment for these patients. In many cases, research has demonstrated that some therapies previously studied in preclinical or clinical-stage research in oncology and other indications may have applications in the treatment of dis­eases and conditions associated with developmental delays. By applying a range of innovative clinical trial assessment tools and methodologies, researchers are advancing development pro­grams involving drugs with established safety and efficacy pro­files. 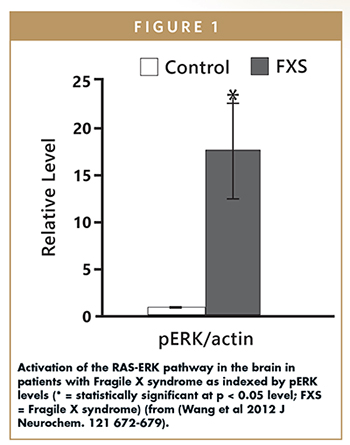 There is substantial research indicating that the RAS-ERK sig­naling pathway in the body’s cells is dysregulated in cancerous tumors, usually caused by mutations in the RAS or BRAF genes. Based on this understanding, many efforts in oncology research and drug development have worked to target components of the RAS-ERK signaling cascade. But a long-standing body of neuro­biological research suggests that RAS-ERK pathway activity also plays a critical role in synaptic plasticity (the ability of synapses to strengthen or weaken over time) and therefore may also play a role in the coding of information in the brain that influences neu­rodevelopment. As a result, researchers are now looking at the use of drugs that can inhibit the RAS-ERK pathway to treat genetic encephalopathies, a series of rare or ultra-rare disorders fre­quently associated with developmental delay, learning difficulties, autism spectrum symptoms, and epilepsy.

Through most of the last century, relatively little data was available related to the neuropathology and neurochemistry of childhood-onset pediatric disorders associated with developmen­tal delay, such as Phelan-McDermid syndrome, congenital my­otonic dystrophy, and Rett syndrome. To better understand the underlying biology of these and other developmental disorders and the role of the ERK signaling cascade, in the early 2000s members of the team now at AMO Pharma initiated a collabo­ration with a research group at Case Western University to begin investigating the status of the RAS-ERK cancer pathway in post-mortem brain tissue samples from young individuals with autism and Fragile X syndrome (which is the largest single inherited cause of intellectual disability and the leading genetic cause of autism) and in brain tissue from a genetically manipulated mouse model of Fragile X syndrome. The data showed that the RAS-ERK pathway was aberrantly activated in the brains of people with autism and Fragile X syndrome. This increase in RAS-ERK activity was seen in neurons and in the glial cells that support neuronal function. (It is now known and commonly reported that abnormal behavior of glial cells is seen in multiple genetically determined neurodevelopmental disorders.) Additional research efforts using a genetic knockout mouse model of Fragile X syndrome sug­gested that inhibiting RAS-ERK pathway activity could also poten­tially prevent susceptibility to seizures.

These results, coupled with existing data, indicated that the RAS-ERK pathway may control the production of new synapses in the brain that are associated with learning processes in individu­als with certain genetically determined neurodevelopmental dis­orders. Stimulated by these findings, researchers at AMO Pharma were intrigued with the concept of using RAS-ERK pathway in­hibitors designed in the oncology setting to try to change the un­derlying biology and core symptoms of neurodevelopmental disorders. 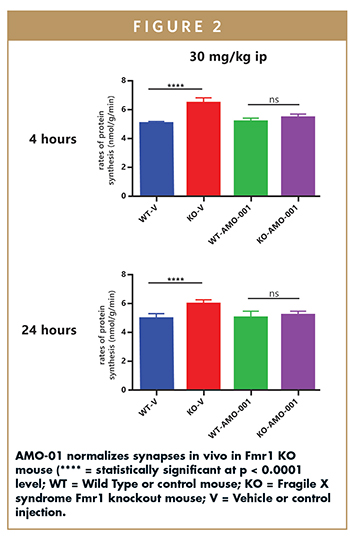 When AMO Pharma was founded in 2015, the company had identified and acquired a promising investigational anti-can­cer therapy now known as AMO-01 that is engineered to inhibit activation of the RAS gene and ERK pathway. Early stage clinical data showed that this drug could inhibit RAS-ERK activity in cancer patients at doses that were shown to be safe and well tolerated. More importantly, data showed that the drug could penetrate the brain. In fact, its entry into the brain was shown to be enhanced when glial cells in the brain are activated (which occurs in Fragile X Syndrome, for example).

The AMO Pharma team further examined the effects of AMO-01 and its potential as a RAS-ERK inhibitor to treat Fragile X syndrome and Phelan-McDermid syndrome (PMS), a similar ultra-rare developmental disorder characterized by cognitive deficits, autism, and severe, often intractable epilepsy. In vitro and in vivo testing showed that AMO-01 could normalize the synapse abnormalities seen in neurons derived from knockout mouse models of Fragile X syndrome and PMS and reverse behavioral abnormalities, including sensori-motor behavior, anxiety, social behavior, cognition, seizures, and the mouse equivalents of self-care and activities of daily living. These clinical benefits were seen in mice within hours of receiving a one-time administration of AMO-01 and even persisted 5 to 10 days later.

PMS is a devastating disease for which there are no therapies available and current standard of care involves addressing symp­toms on an as-needed basis. These mouse model data raised the possibility of human studies in which a single dose treatment with AMO-01 could result in a “remission” of symptoms associated with neurodevel­opmental disorders.

Encouraged by these findings, AMO Pharma is supporting a Phase 2 clinical study in PMS being conducted at Mount Sinai School of Medicine and Texas Chil­dren’s Hospital. The Phase 2 open-label study is assessing the safety, tolerability, and efficacy of AMO-01 following a sin­gle-dose administration in adults and adolescents with PMS who have also been diagnosed with epilepsy. PMS patients who have epilepsy often experience worsening seizures in terms of severity and frequency and, in many cases, have difficulty control­ling their seizures with traditional epilepsy medicines.

AMO Pharma is also advancing an investigational medicine called AMO-02 for the potential treatment of congenital myotonic dystrophy (CDM1), a genetically determined form of muscular dystrophy associated with trinucleotide expansion re­peat in the patient genome, adjacent to the DMPK gene. This DNA expansion re­peat is coded to form an expanded re­peating RNA that is believed to be the causal agent in congenital myotonic dys­trophy. Recently published data show that administration of AMO-02 initiates the breakdown of this toxic RNA. 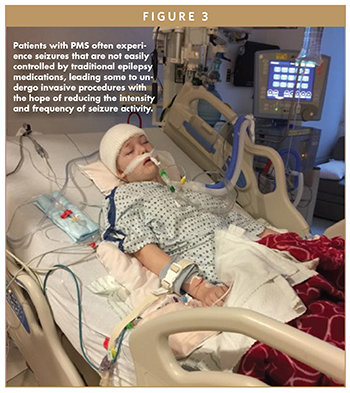 Myotonic dystrophy (MD) is the most common form of muscular dystrophy, af­fecting about one in 8,000 people world­wide. The congenital onset form (CDM1) affects approximately one in 40,000 chil­dren and is the most serious and life-threatening. CDM1 typically presents at birth and causes severe symptoms of the central nervous system (CNS), including significant physical and cognitive impair­ment, symptoms of autism, difficulty sleep­ing, thinking and problem solving, and problems with speech, hearing, and vi­sion. CDM1 patients may also experience muscle weakness and muscle myotonia.

There are currently no approved treatments for CDM1. Patients are typically treated with drugs to address individual symptoms and receive additional support through special education, speech therapy, and physical therapy. Research at AMO Pharma is focused on the potential corre­lations between reduction in mutant RNA repeats (caused by a mutation in the DMPK gene) and reduction of synapse and tissue dysfunction associated with CDM1.

In transgenic mouse models and ex vivo tissue samples in patients with CDM1, AMO-02 was shown to be effective in re­ducing toxic RNA repeats. Based on this therapeutic approach, a Phase 2 proof-of-concept study found that treatment with AMO-02 provided a range of clinical ben­efits for the majority of CDM1 patients (13 out of 16, mean age 22 years old) at 12 weeks, with the largest benefit seen in pa­tients treated with the highest dose (1,000 mg/day). Significant improvements were seen in cognitive function, fatigue, and the ability to perform activities of daily living as well as in certain neuromuscular symp­toms. Co-occurring symptoms of autism also improved in several patients. AMO-02 is now being evaluated in a pivotal randomized, multicenter, double-blind, placebo-controlled Phase 2/3 study in children and adolescents (aged 6 to 16 years old) with CDM1. The trial is being conducted at 10 treatment centers across the US, Canada, and the UK and plans to enroll a total of 56 patients. Patients will be assessed on a range of measures of CNS features and muscle function associated with CDM1. Pending positive results from the pivotal trial, the data will support a future submission for marketing author­ization of AMO-02 in treatment of CDM1.

AMO Pharma is also advancing a program in Rett syndrome, a rare neuro­logical disorder that is typically first recog­nized in infancy and seen almost always in girls. It is often misdiagnosed as autism, cerebral palsy, or non-specific developmental delay, and occurs in one of every 10,000 female births. Rett syndrome is caused by mutations in the X-linked methyl-CpG-binding protein 2 (MECP2) gene, which can alter normal functioning of the neurotransmitter glutamate in the brain. Glutamate is the major excitatory neurotransmitter in the CNS and gluta­mate pathways are linked to many other neurotransmitter pathways. Glutamate re­ceptors are found in neurons and glial cells throughout the brain and spinal cord.

In 2017, AMO Pharma licensed a promising therapy, now called AMO-04, which functions as a glutamate modulator and has the potential to treat neurological symptoms associated with Rett syndrome. In preclinical studies, AMO-04 was shown to normalize multiple aspects of a MECP2 knockout mouse model of Rett syndrome. This debilitating rare disease can lead to a wide range of disabilities, ranging from mild to severe, often including problems with cognitive, sensory, emotional, motor and automatic function. These symptoms may lead to challenges with speech, learn­ing, mood, movement, cardiac function, chewing, swallowing, and digestion. Many patients also experience a regression in communication skills and a loss of pur­poseful hand function, and some also experience seizures, hyper- and hypo-ventilation, apnea, autism, cognitive deficits, scoliosis, and sleep disturbances. AMO-04 received Orphan Drug Designa­tion from the FDA in 2018 and is currently being evaluated in Phase 1 clinical trials.

In identifying promising therapeutic targets for any disease or condition, in­cluding developmental disorders such as Fragile X syndrome, PMS, CDM1, and Rett syndrome, it is critical that researchers work to understand the mechanism of disease and disease pathways as well as the unmet need and patient experience. While the RAS-ERK signaling pathway has been known to play a role in certain types of cancer, we now have further established a connection between this pathway and the development of certain neurogenetic dis­orders. Research thus far indicates that this approach has the potential to reverse the basic causes of the neurodevelopmental disorders. Advances in research are also driving a new focus on the treatment of these often-neglected disorders with ther­apies engineered to target the mechanism of action of the disease rather than focus­ing on symptom management. 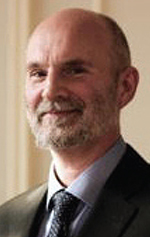 Dr. Michael Snape is Chief Scientific Officer at AMO Pharma. He is a neurobiologist who has spent 27 years in the pharmaceutical industry working for large and emerging biopharmaceutical companies before co-founding AMO Pharma in 2015. His principal experience lies in the area of demonstrating clinical proof-of-concept with novel targeted therapeutics in rare diseases. He is a named inventor in numerous patents and is a scientific advisor to several patient foundations.