THE IMPORTANCE OF CONSIDERING DELIVERY IN DRUG DEVELOPMENT

Developing drugs to successfully treat life-altering diseases is a daunting and challenging task. Not only do researchers have to identify an active compound, but it must also be delivered to the target site without being broken down or causing severe side effects. It is therefore important that drug developers consider the best way to deliver a drug at the outset of the development process.

Traditional methods of drug delivery, such as oral or intravenous (IV), have limitations both in their effectiveness and their practicality. Oral delivery is generally considered to be the most desirable as tablets and capsules can be easily manufactured in very large numbers, and most patients are able to self-administer them. However, there are some drugs that are extensively metabolized when given by the oral route, limiting their bioavailability, and others that cause gastrointestinal (GI) side effects. It may also be difficult to avoid off-target side effects because of spikes in the amount of drug in the blood following each dose. The delivery of drugs by the IV route overcomes the problems associated with first-pass metabolism and GI side effects but has other practical implications. The product needs to be manufactured and packed under sterile conditions, and patients cannot self-administer their treatment. Injections can be painful, and some patients find the use of needles an unpleasant experience. IV delivery also produces spikes in the drug concentration in the blood, so side effects can still be a problem.

For conditions that are local, such as pain from an injury, topical drug delivery with creams, gels, and patches can avoid GI side effects and, because the products are designed to deliver drugs locally, reduce systemic levels and thereby the risk of serious side effects. When systemic delivery of the drug is required for it to be effective, sustained release from a transdermal product, such as a patch, can improve bioavailability by avoiding first-pass metabolism, and reduce side effects by delivering the drug gradually over an extended period. Extended delivery of the drug can also reduce the frequency of dosing relative to immediate-release oral or IV products, which helps improve patient compliance.

There are, however, some downsides to topical and transdermal treatments. The skin has evolved to be a highly effective barrier, protecting the body from external factors and preventing water from escaping. Drugs delivered through the skin must therefore have certain physicochemical properties to be able to pass through this barrier so not all are suitable for delivery via this route. One assessment of suitability is to determine whether the drug satisfies Lipinski’s rule of 5: has a molecular weight of <500 Da, <5 hydrogen bond donors, <10 hydrogen bond acceptors and a partition coefficient (log P, lipophilicity measurement) of <5.1

If a drug has physicochemical properties that favor its delivery into or through the skin, a range of formulation options can be considered. Creams and gels can be easily washed or rubbed off and can deliver only a relatively small amount of drug at each application, so must be applied multiple times a day. In addition, dose control is difficult because of user variability in the amount that is applied. A patch is formulated with a defined amount of drug, and assuming it sticks well to the skin, provides certainty over the dose. Patches can be formulated with higher amounts of drug than creams or gels so dosing is less frequent and extended delivery over multiple days may be possible. Patch formulations therefore have benefits over topical creams and gels.

Patches are well-established for treating motion sickness and for smoking cessation and have more recently been developed for localized pain relief, delivering drugs such as diclofenac and ibuprofen directly to the site of the pain, as well as for chronic conditions such as Alzheimer’s disease, Parkinson’s disease and schizophrenia. There is increased interest in transdermal delivery of drugs, and the patch market is predicted to grow at a rate of 4.2% between 2017 and 2025.2

There are several types of a drug delivery patches: matrix, reservoir, multi-laminate, and drug-in-adhesive. All have a multi-layered structure with a backing film, an adhesive for sticking the patch to the skin, and a protective release liner that is removed before the patch is applied. The drug and excipients are either combined with the adhesive or in a separate layer. Most of the patches used by the pharmaceutical industry are of reservoir/controlled-release membrane and drug-in-adhesive design.3 Some patches are unsuitable for low-potency drugs because insufficient drug can be loaded into the patch to provide efficacious levels of drug in the blood. Other issues include insufficient adhesion to the skin, which could lead to reduced efficacy if the full dose is not delivered, and a poor patient experience with many patches being uncomfortable, painful to remove, or unattractive due to a black ring around the patch caused by “cold-flow” of the adhesive.

Medherant is a transdermal drug delivery technology developer based in Coventry, UK. The company develops drug-in-adhesive patches using its unique TEPI Patch® technology. Its lead product is a patch formulation of an approved oral therapy for smoking cessation. This is a drug-in-adhesive formulation that uses a novel adhesive which overcomes many of the limitations of other patches currently on the market, including the following:

-The adhesive enables a higher payload (up to 50% wt) to be added so it can be used to formulate a wider range of less-potent drugs or to extend the duration of delivery of a drug. In addition, permeation enhancers can be added to improve penetration of the drug through the skin. The high drug loading capacity also means that smaller and thinner patches can be produced.

-The novel adhesive sticks to the skin very well, important for ensuring that the intended dose of the drug is delivered.

-The patch is painless to remove and does not leave a black ring on the skin, so it is more acceptable to users.

-Drugs are readily released from the adhesive leading to less residual drug in the patch on removal, important for its safe disposal.

Whilst localized pain relief is an obvious and growing market for transdermal drug delivery patches, there are many other diseases in which this technology offers distinct advantages. One such disease is Alzheimer’s, the incidence of which is increasing as the proportion of elderly people in the population grows. Dementia, of which around 60% to 70% is due to Alzheimer’s disease, is predicted to affect 152 million people worldwide by 2050, a 204% increase from 2018.4,5 This will have a big impact, not only on the lives of those affected and their families, but also on health and social services. It is predicted that the cost of dementia in the UK will more than double in the next 25 years.5 Alzheimer’s disease is still relatively poorly understood, and drugs developed to date are only treating some of the symptoms, rather than preventing or curing the disease. It is important that we research ways to prevent it and slow its progression to lessen its impact, as well as developing and improving those treatments that already exist. 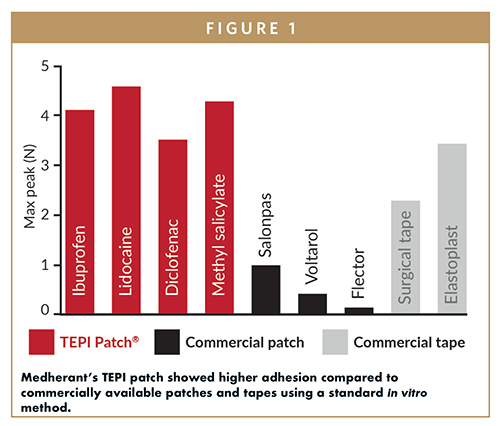 Oral dosing in Alzheimer’s disease patients has its own specific problems. Dementia’s main symptom is memory loss, so ensuring dose compliance is difficult as it is likely that the patient will forget to take their medication. A patch that delivers the prescribed drug dose over an extended period offers a potential solution to this issue, as well as reducing the risk of some side effects by avoiding exposure to the GI tract and eliminating the spikes in drug blood levels. In addition, elderly people are predisposed to develop dysphagia (difficulty swallowing) due to comorbid health conditions, and this can affect their ability to take oral medication.6

One of the few drugs already approved for the treatment of dementia in Alzheimer’s disease is donepezil. Donepezil is an acetylcholinesterase inhibitor that prevents the neurotransmitter acetylcholine from being broken down. Acetylcholine is found in lower levels in brains affected by Alzheimer’s. It is important for communication between nerve cells, so maintaining its levels is important for healthy brain function.7 Donepezil is currently available as a tablet to be taken daily. Its side effects include nausea and vomiting.8 Rivastigmine, an alternative acetylcholinesterase inhibitor used in Alzheimer’s disease, is currently available as a patch formulation that delivers the drug over 24 hours.9 The use of a patch to treat Alzheimer’s has therefore been established. Donepezil is being developed as a patch formulation by several companies.

As well as offering clear compliance benefits in Alzheimer’s disease, transdermal patches can help deliver drugs in patient groups with other challenges associated with oral dosing. One such treatment area is chemotherapy-induced nausea and vomiting (CINV). This is a common problem for those going through chemotherapy, and it is hard to treat as it is difficult for patients to keep down any orally dosed medication. If the patient is unable to retain the oral dose, it will not be absorbed and therefore cannot treat the CINV effectively. IV dosing is not an attractive alternative as making patients stay in hospital longer around each dose of chemotherapy is both unappealing for the patient and costly for the healthcare provider. It is also important to consider that patients are more likely to miss a dose of chemotherapy or have their dose reduced if they suffer from CINV, so finding a solution is of utmost importance.

Patients with CINV often need to take more than one drug to reduce their symptoms. Providing patch formulations of these drugs would reduce their pill burden. The goal is to ensure patients can receive and retain the full dose of their drug to reduce nausea and vomiting so they feel well enough for their planned course of chemotherapy to proceed without dose reduction or missed doses. A patch formulation of granisetron is already available and a patch formulation of olanzapine, which is approved to treat schizophrenia and bipolar disorders10 but is also used off-label to treat CINV, is in development for cancer patients being treated with poly ADP ribose polymerase (PARP) inhibitors. There is an opportunity to produce patch formulations of other drugs used to treat CINV, such as palonosetron, dexamethasone or rolapitant11, to improve the quality of life of cancer patients.

It is clear from these examples there are many diseases for which delivery route is an important factor that should be considered when treatments are being developed. Whilst the pharmaceutical industry has traditionally focused on oral or IV delivery options, there are significant potential benefits of alternative methods of drug delivery for patients suffering from a range of diseases. It is therefore important the potential benefits of other methods are considered, both for existing treatments to improve patient outcomes and experience, and for new treatments from the outset of the development process. Transdermal drug delivery patches have the potential to significantly improve not only the outcome of treatments but also the quality of life for those patients using them, the ultimate goal of any drug development professional. Working alongside a drug delivery specialist should therefore be essential for every drug developer. 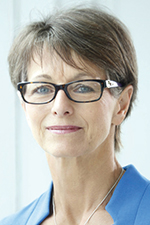 Sally Waterman joined Medherant in 2017 from Abzena plc, where she was Senior Vice President, Corporate Development. She initially joined its predecessor, PolyTherics Ltd, as COO, prior to its admission to AIM. She has over 30 years of strategic and operational experience, including leading R&D and extensive involvement in M&A, and has worked for large pharma, small biotech/biopharma, and contract service companies. She is also Chair of OBN Ltd. 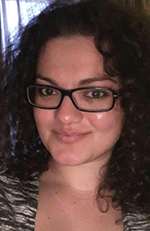 Dr. Vasiliki Nikolaou has a strong foundation in polymer science, having devoted her academic career to polymer chemistry. Her PhD involved an industrial collaboration, which continued into her post-doctoral work at the University of Warwick and resulted in contributing to over 20 publications. She joined Medherant in 2016 and has a comprehensive knowledge of key industrial partners in the fields of polymer and organic chemistry.