Targeted drug delivery in the digestive tract had long been a desired goal. To date, drug release triggered by pH value, time, enzymes, or intestinal pressure is standard practice. Unfortunately, such physiological triggering suffers from ill-defined parameters, which may vary considerably from individual to individual, and also depends on a patient’s state of health.1

There is, however, an alternative approach: remote controlled drug release (RCDR). More than 30 types of capsules that might be suitable for RCDR can be found in the literature.2 However, only the Enterion™ capsule has been used in practice.3 Although the capsule has been widely applied in numerous Phase I clinical studies, to date, one important problem has yet to be solved: the accurate localization of the capsule to find the correct position for drug release. To localize the Enterion capsule, the time-consuming procedure of scintigraphy has to be utilized. This technique, however, is costly and its application restricted to healthy volunteers.

Recently, a novel capsule, the IntelliCap, was developed and tested.4 It is claimed that the IntelliCap can determine its own local position by measuring the pH value of the environmental intestinal fluid. For this purpose, two instants of time are recorded. The first one takes place when the pH value significantly rises at the transition from stomach to duodenum. The other one shows the less-significant change at the transition from small intestine to colon. The accurate capsule position in the small intestine is determined by interpolating between these two points. In the colon, however, the capsule position cannot be determined at all. It is precisely at that location, however, that RCDR is particularly interesting. Therefore, a suitable localization method for the RCDR capsule remains an urgent requirement.

MAGNETIC LOCALIZATION OF CAPSULES IN THE GASTROINTESTNAL TRACT

In gastroenterology, magnetic capsule tracking has been used since about 1990, particularly to observe the motility in the digestive tract. For that purpose, the magnetic field of a small magnet (marker) incorporated in a capsule is measured. Usually, the marker is magnetized parallel to a fixed direction with respect to the capsule. The magnetic field (HD) of the marker penetrates the human tissue and can be measured outside the body, for example, by a three-axis magnetometer. Conversely, the strength and direction of the measured field can be used to calculate the capsule position. Because those values depend not only on the position but also on the orientation of the capsule, the mathematical procedure calls for measuring HD at more than one point. For this purpose, up to 300 sensors have been used in earlier investigations.

Even more troublesome is the fact that in addition to HD, there is a background field. It is normally stronger than HD and may considerably vary as function of space and time. Already, it has been shown that the displacement of an office chair or even the traffic on a nearby road may cause serious disturbances.5

Nevertheless, the mentioned difficulties can be overcome. One of the first successful studies was performed by Weitschies et al who used 37 sensors.6 The background field was almost completely excluded by measuring in an extremely well-shielded room. This technique is very expensive and cannot be applied to routine investigations in normal medical laboratories.

Recently, the aforementioned problems were circumvented by a novel monitoring principle. It uses a small spherical marker that can freely rotate in a liquid bearing integrated in the capsule. This marker consists of permanent magnetic material (NdFeB) and can be aligned like a compass by an externally applied field HP of known direction and moderate strength. Hence, the marker orientation is known, and its position can be found by a straightforward calculation.7 An initial preclinical study was performed with a stationary installation and confirmed the proper operation of this novel monitoring principle.8 Recently, the technique has been improved and can now be applied with a small unit carried on the belt of the examined person. This technique was tested with a natural-size phantom of the large intestine.

Figure 1 shows the capsule position in 3D representation for two different situations. The viewing line is directed from the top left (upper row) and from the top right (lower row), respectively, and can be changed during the examination. The yellow segments show the actual capsule position in the Colon Ascendens (left hand side) and near the Flexura Sinistra (right hand side), respectively. The spherical magnetic marker additionally offers a particular advantage. It not only can be used for capsule monitoring, but can also be applied to trigger the drug release. For this purpose, the pulsed field (HP) of the localization procedure is switched off as soon as the capsule has reached the predetermined delivery position. Then a rotating magnetic field is switched on. This field continuously turns the marker sphere and causes ejection of an agent from the capsule, for example, by means of the generated heat of friction. The rotating field can be generated by a small cylindrical magnet that is turned by a small-sized electric motor (power < 50 W; rotational frequency < 400 Hz).

Figure 2 shows schematically an example of the experimental capsule. Capsule parts are denoted with numbers in round brackets. The marker (2) can freely rotate in a liquid bearing (3, 4) and is turned by a rotating magnetic field of moderate strength (not shown in the Figure). A low-boiling liquid (1) is heated above boiling temperature by the friction of the rotating marker. The evaporating liquid expands a swelling bag (6) and expels the agent (8), which in this case must be an anhydrous liquid, out of the container. A double wall structure (5a, 5b) serves as thermal insulation that prevents heat from dissipating. The outer capsule shell (5b) consists of hard gelatin. Its outer surface is protected by a film (7), for example, made of ethyl cellulose, against the aqueous environment. The external dimensions correspond to those of the standard capsule size 000 (length = 28 mm; diameter = 9.9 mm). It should be pointed out that all capsule parts, except the sphere, are biocompatible. The property of the sphere material (NdFeB) is unknown in this respect. However, it is well protected by a multi-film coating consisting of Ni-Cu-Ni-Au and additionally encased in the bearing capsule (4) and the bag (6).

The size of the capsule is similar to those used for capsule endoscopy. Therefore, the risk of capsule retention must be taken into consideration.9 In order to overcome this hazardous feature, the outermost capsule wall is made of hard gelatin and is protected against the aqueous intestinal fluid with a suitable film on its outer surface. In cases in which retention may be feared, drug delivery is initiated. Then, after ejection of the drug, the aqueous intestinal fluid is pulled into the agent container and dissolves the wall from the inside. Afterward, the capsule collapses, and the passage through the digestive tract remains problem-free.

The functioning of this capsule type was tested many times in vitro and published in 2009.10 Figure 3 shows a typical picture sequence taken during the release of a model drug (edible oil colored with Sudan Blue). The left-most picture of the sequence shows the capsule before the rotating field was started. In this state, the model drug is only partially visible. The main part is hidden by the previously described double wall structure. The other pictures were taken at intervals of about 30 seconds. The total drug release took about 2 minutes. More than 70% of the agent was expelled within a period of about 20 seconds. The greatest obstacle on the road to targeted drug delivery in the GI tract was, until now, the lack of a practicable method to localize the capsule. Reliable capsule localization is indispensable in order to find the correct administering site. This barrier could be overcome by applying a novel method of magnetic monitoring conceived and developed by our group at the University of Applied Sciences, Jena, Germany. This method has reached the state of preclinical studies.8

Furthermore, we developed novel capsules that are suitable for remote controlled drug release. During the corresponding investigations, it was found that the spherical marker used for localizing can additionally be utilized to trigger the release of agents at a predetermined site. This fact enabled a radical simplification of RCDR capsule construction. Numerous laboratory experiments confirmed the operational reliability of the novel capsule type.10

The next step has to be taken by a company able to produce prototypes or demonstration models for trade fairs and exhibitions. Our knowledge gained in recent years ensures that prototyping requires a small amount of effort and only moderate technical means. Prototypes have to be produced to demonstrate the operational reliability of the novel system and thus to win over investors or companies suited to carry out the process of clinically testing and putting the system onto the market. 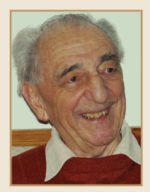 Prof. Dr. Wilfried Andrä is a Senior Advisor for Magnetism in Medicine at the Ernst-Abbe University of Applied Sciences in Jena, Germany. As a physicist, he earned his PhD at the former Institute of Magnetic Materials of the German Academy of Sciences, Jena. There, his field of research was solid state magnetism (basic research and magnetic information storage). 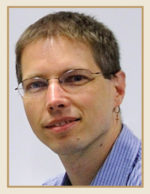 Pieter Saupe is a Diploma Engineer at the Ernst-Abbe University of Applied Sciences in Jena, Germany. He has nearly 15 years of experience in monitoring of magnetic markers. 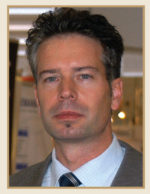 Prof. Dr. Matthias Erich Bellemann has been a full Professor in the Department of Medical Engineering and Biotechnology at the University of Applied Sciences in Jena, Germany, for more than 15 years. He earned his PhD from the Max-Planck-Institute of Experimental Medicine in Heidelberg, Germany. His main research field is the development and application of functional and molecular imaging techniques.