Hailed by many as the future of cancer therapy, immuno-oncology leverages and unleashes the body’s immune system to recognize and eliminate cancer cells. Immune checkpoint inhibitors have already revolutionized the treatment of certain solid tumors and hematologic malignancies by acting on pathways that cancers co-opt to evade immune recognition. Now, emerging therapies, such as chimeric antigen receptor T- cells (CAR-T), dendritic cell vaccines, bi-specific T-cell engager (BiTE) antibodies, oncolytic viruses and even gene transfer and gene editing, are pushing the envelope even further.

Present day advances in immuno-oncology can be attributed to a paradigm shift in our understanding of cancer. Even up to the early 2000s, cancer was considered a disease of genetic origin, characterized by sustained proliferation; resistance to apoptosis; and the ability to promote angiogenesis, invasion, and metastasis. However, this view failed to account for the dynamic nature of the interactions between the tumor and its microenvironment — not just normal surrounding tissue cells, but also the immune system.

Now, we understand that the immune system plays a dual role in cancer, not only protecting the host against tumor formation, but also shaping tumor immunogenicity. This understanding has led to the development and approval of new immunotherapies, heralding a new — and potentially lucrative — era of cancer treatment. Immunotherapy trials now comprise more than one third of the clinical oncology space. In 2016, the cancer immunotherapy market was estimated to be $41 billion, and it is expected to grow to nearly $119 billion by 2025.1

Small biotech and specialty pharma are poised to play a critical role in this growth, but will face challenges that are intrinsic to the development of immunotherapeutic agents. Immunotherapy innovations work differently than cytotoxic chemotherapy, and these differences may impact dosing, response measurement, biomarker validation, selection of combination therapies, and identification of adverse events. Understanding and overcoming these challenges will be critical to clinical trial success and, ultimately, market approval.

Traditionally, early phase trials in oncology aim to establish the maximum tolerated dose (MTD) for later phase trials. However, immunotherapies can elicit therapeutic responses at doses below where toxicity is seen. Instead, dose-finding for immunotherapies often requires titration to a biologically effective dose, rather than an MTD where toxicity is the limiting factor.

Moreover, when present, toxicities associated with immunotherapies may not be dose dependent. In some cases, such as with CAR-T, toxicity may actually indicate efficacy. As a result, dose-escalation methods with toxicity-based endpoints may be less relevant for immuno-oncology trials and alternative parameters may be more appropriate. 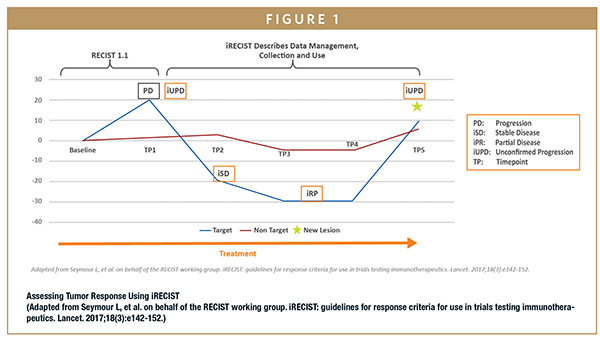 Response and efficacy of oncology agents has traditionally been measured by Response Evaluation Criteria in Solid Tumors (RECIST), a set of published rules that define when tumors respond, stabilize, or progress during treatment. However, due to the kinetics of the anti-tumor response associated with immuno-oncology agents, these criteria do not easily apply. Unlike conventional cytotoxic therapies that may trigger rapid tumor shrinkage due to direct killing of cancer cells, immuno-oncology drugs stimulate immune cell responses that may take several months to occur. In fact, patients may exhibit an initial increase in tumor burden followed by tumor shrinkage, a phenomenon called the flare effect.

Only applying RECIST criteria to immunotherapy trials can result in the following:

In 2017, a new set of immune-related response criteria was proposed by a RECIST working group composed of members of industry, academia, the US Food and Drug Administration (FDA), and the European Medicines Agency (EMA). This consensus guideline — called Immune RECIST (iRECIST) — is intended to help sponsors make decisions regarding continuation of therapy in clinical trials.

With iRECIST, the bar for progression resets if RECIST-defined progressive disease (PD) is followed at the next time point (TP) by tumor shrinkage, as seen in TP2 in the figure below.

iRECIST has not yet been validated and should not be used as a guideline for treatment decisions. However, iRECIST may be used as primary response criteria in exploratory, early phase studies and can be used in conjunction with RECIST in later-phase studies. Sponsors who wish to use iRECIST guidelines in their studies should train their operational team and communicate closely with the Data and Safety Monitoring Board (DSMB) to ensure that all stakeholders understand that immunotherapy agents work differently than cytotoxic therapies.

While the immunotherapies that have been approved to date are effective for a subset of patients, many patients do not respond. Current response rates and toxicities associated with immunotherapies — along with their high cost — have created a sense of urgency to elucidate which patients would most benefit from these agents. Thus, there is pressing need for biomarkers to predict response to therapies.

To date, the techniques for examining biomarkers for immunotherapy include immunohistochemistry, in situ hybridization, flow cytometry, immunoassays, and next-generation sequencing, each of which has its pros and cons. New opportunities for biomarkers include the following:

Combining biomarker approaches may be a powerful way to both characterize the tumor and monitor the immune response, but requires close collaboration between technical and clinical experts.

Another major hurdle to the identification and development of clinically relevant biomarkers is the fact that immune modulation affects many cell types and involves complex interactions among the host, cancer cells, and tumor microenvironment.3 The Society for Immunotherapy of Cancer (SITC) Biomarkers Task Force has published a series of white papers on the validation process and regulatory considerations associated with biomarkers in immunotherapy, as well as novel technologies and emerging biomarkers relevant to individualized cancer therapy.

Cancer treatment is undergoing a radical transformation in which conventional cancer treatments are being integrated with immunotherapeutic agents. Many clinical trials are evaluating the potential to further enhance the clinical benefits of monotherapies by combining agents with synergistic mechanisms of action. Combination therapies may combine the following:

However, it has been shown that substantive incremental toxicity can result from these combinations, depending on the patient population, dose, and schedule utilized. For example, a Phase I study combining ipilimumab with vemurafenib, a Raf inhibitor, in patients with melanoma showed significant increases in toxicity at standard dosing. Further, active combination regimens may have distinct safety profiles in different populations, as illustrated by differences in tolerability to a combination of ipilimumab and nivolumab between patients with melanoma and patients with metastatic non-small cell lung cancer.4

In order to address the challenges of selecting rational combination therapies, the SITC convened a Combination Immunotherapy Task Force. This Task Force was charged with identifying and prioritizing the most promising candidates for combinatorial approaches, as well as tackling the challenges associated with developing these strategies. An overview of the current evidence supports the promise of using inhibitors of the PD-1 pathway as a backbone in combination therapies due their established anti-tumor activity and favorable toxicity profile.4

To maximize the likelihood of success, combination therapies require not only rigorous clinical testing early in clinical development, but also the willingness to accept the use of non-standard doses or schedules of individual agents to maximize the overall risk-benefit profile.

Especially with the shift toward combination immunotherapy, it is becoming increasingly important for sponsors and investigators to be adept recognizing, characterizing, and monitoring immune-related adverse events (irAEs) and other serious adverse events (SAEs).

In general, immunotherapy agents demonstrate unique safety profiles that may differ considerably from most conventional oncology drugs. For example, up to 23% of patients treated with ipilimumab develop SAEs, including colitis and hypophysitis.3 When given in conjunction with dacarbazine, approximately 20% showed significant elevations of liver function tests.

Sponsors should keep in mind that toxicity does not accurately predict positive therapeutic outcome, and patients may experience irAEs or SAEs without benefiting from an anti-tumor effect. Training trial site staff, as well as patients, caregivers, and all members of the healthcare team, how to anticipate, recognize, and intervene on irAEs and SAEs will contribute to clinical trial success.

It is also important to remember that the appearance of irAEs may vary, and understanding the kinetics of these events is important for site training, patient management, and data monitoring. Consequently, protocols of immuno-oncology drug trials should clearly outline how immune-related toxicities should be managed. In addition, if new safety signals are identified, sponsors may need to prepare for rapid redesign of protocols and databases.

LOOKING TO THE FUTURE

Advances in our understanding of the immune response to cancer — along with recent advances in biomarker development — are increasing the number of patients with cancer who benefit from immunotherapy. As we look to the future, new immuno-oncology agents and combination approaches have the potential to further expand the spectrum of patients who respond to cancer immunotherapy, improving the quality of clinical responses and paving the way for a personalized approach to cancer treatment. 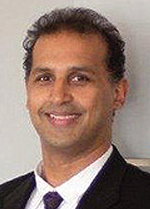 Luke S. Gill is Executive Director, Oncology, Strategic Development for Premier Research and has an extensive scientific background and more than 20 years of drug development experience. Specializing in oncology, he has led numerous global CRO management teams and provided strategic assessment, management, and oversight of study enrollment and program metrics. Prior to joining Premier Research in 2015, Mr. Gill was Director of Global Project Management for Hematology and Oncology at PPD, overseeing design and delivery of clinical development plans across multiple indications and specializing in early phase oncology. He also served as Assistant Project Management Director at PPD, was CRO Alliance Program Director for Merck Serono, and has held positions at Pfizer/Parke Davis, Astra, and Glaxo. Mr. Gill earned his MSc in Neuro and Molecular Pharmacology from the University of Bristol, his BS in Biological Sciences from the University of the West of England, and his MBA specializing in Strategy and International Enterprise from the Open University in the UK.