When most people think about their compensation package, they think only about their gross salary and take-home pay. What they never think about is their Cost to Company (CTC).

The CTC is the total cost the company spends on you beyond your salary. This includes, among other things, the building you are in, your desk, chair, and file cabinet; computer, monitor, mouse, keyboard, desk phone, cell phone, and iPad, contribution to medical benefits, social security, Medicare/Medicaid, pension plans, unemployment tax, payroll taxes, paid time off, and more.

This situation really comes into play when a person is being given a promotion and a raise. A person will normally look at a promotion and a raise as a reward for a job well done. They take the position that they have contributed mightily to the company, achieved positive results, and met or exceeded the goals that were established for them.

The company, on the other hand, believes their compensation package for this position is competitive and at the higher end of thepay range for this position. They consider the CTC relative to the value the employee brings to the company. Beyond the cash compensation, the company may also be providing the employee with an excellent medical plan, pension, 4 weeks paid vacation, a cell phone, an iPad, an auto allowance, liberal travel and expense policy, and more.

So the point of this is that a person has to consider the whole package that he or she receives from their company, not just what is in the pay envelope. You must consider the complete CTC in valuing your compensation package relative to the value that you bring to your company.

If after you have considered the CTC you still believe you are under-paid and under-valued by the company, then it is time to meet with your boss and make your case. You may not win this discussion, but at least your boss will know your concerns and understand your position. 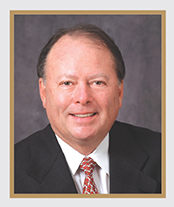 John A. Bermingham is currently the COO of 1st Light Energy & Conservation Lighting. He was previously Co-President and COO of AgraTech, a biotech enterprise focused on chitosan, a biomaterial processed from crustacean shells (shrimp, crawfish, crab, etc), as well as President & CEO of Cord Crafts, LLC, a leading manufacturer and marketer of permanent botanicals. Prior to Cord Crafts, he was President & CEO of Alco Consumer Products, Inc., an importer of house ware, home goods, pet, and safety products under the Alco brand name and through licenses from the ASPCA and Red Cross. He successfully turned around the company in 60 days and sold Alco to a strategic buyer. Mr. Bermingham was previously the President & CEO of Lang Holdings, Inc. (an innovative leader in the social sentiment and home décor industries) and President, Chairman, and CEO of Ampad (a leading manufacturer and distributor of office products). With more than 20 years of turnaround experience, he also held the positions of Chairman, President, and CEO of Centis, Inc., Smith Corona Corporation, and Rolodex Corporation. He turned around several business units of AT&T Consumer Products Group and served as the EVP of the Electronics Group and President of the Magnetic Products Group, Sony Corporation of America. Mr. Bermingham served 3 years in the U.S. Army Signal Corps with responsibility for Top Secret Cryptographic Codes and Top Secret Nuclear Release Codes, earned his BA in Business Administration from Saint Leo University, and completed the Harvard University Graduate School of Business Advanced Management Program.