Pfenex Inc. recently announced that its commercialization partner, Alvogen, has launched Teriparatide Injection in the US.  Teriparatide Injection (also referred to as PF708 and Bonsity) is a prescription medicine approved for several uses, including in postmenopausal women with osteoporosis who are at high risk for having bone fractures.

Teriparatide Injection is the first teriparatide product since Forteo (teriparatide injection) approved for this use.  The Alvogen product is pharmaceutically equivalent to Forteo (that is, has the same active ingredient in the same strength, dosage form, and route of administration) and has been shown to have comparable bioavailability.  These characteristics allowed the product to be approved under a 505(b)(2) NDA for which Forteo was the reference drug.  It may provide a lower-cost teriparatide option for increasing bone density in patients at high risk for fracture, and is FDA-approved for the same indications as Forteo, which means it can be used for the same patients as Forteo, including new patients and those currently responding to treatment.

“We are pleased to announce the availability of Teriparatide Injection in pharmacies – the first new FDA-approved teriparatide, which provides an alternative to Forteo,” said Pfenex CEO Eef Schimmelpennink.  “As the first Pfenex-developed product to reach the market, this marks an important milestone for the company and delivers on the promise of the Pfenex Expression Technology platform.”

“Alvogen is excited to bring this critical product to patients in need of a lower-cost alternative to Forteo,” said Lisa Graver, President of Alvogen, Inc. “We are happy to partner with Pfenex to bring this product to market.”

Teriparatide Injection is a medication designed to assist in building new bone and is comprised of protein similar to one naturally produced by the body. It has also been shown to help increase bone strength. Teriparatide Injection helps to reinforce bone by replacing—and replenishing—that which has been lost due to osteoporosis. Postmenopausal women with osteoporosis, who were at high risk for fracture, experienced significantly increased bone mineral density in the spine, after taking Teriparatide Injection with calcium and vitamin D. These results were demonstrated at 3 months, and throughout the treatment period. The risk of new spine fractures was reduced by approximately two thirds; the risk of new fractures in other bones—including the ankle/foot, hip, upper arm, pelvis, ribs and wrist—was cut in half.

Teriparatide Injection is contraindicated for those patients with a hypersensitivity to teriparatide or to any of its excipients. Reactions have included angioedema and anaphylaxis. (Prescribing Information: https://dailymed.nlm.nih.gov/dailymed/drugInfo.cfm?setid=1b007339-dd0d-f019-5e0a-9b1b0f75011c)

As part of drug testing, teriparatide, the active ingredient in Teriparatide Injection, was given to rats for a significant part of their lifetime. In these studies, teriparatide caused some rats to develop osteosarcoma, a bone cancer. Osteosarcoma in humans is a serious but very rare cancer. Osteosarcoma occurs in about four out of every million older adults each year. It is not known if humans treated with Teriparatide Injection also have a higher chance of getting osteosarcoma. Other side effects may include nausea, dizziness, leg cramps and joint aches. Injection site reactions include redness, swelling, pain, itching, a few drops of blood and bruising. (Prescribing Information: https://dailymed.nlm.nih.gov/dailymed/drugInfo.cfm?setid=1b007339-dd0d-f019-5e0a-9b1b0f75011c)

Osteoporotic fractures create a significant healthcare burden. An estimated two million osteoporotic fractures occur annually in the United States, and this number is projected to grow to three million by 2025. Osteoporosis is a disease of the bone that makes a person’s bones weak and more likely to break. Approximately 10 million Americans have osteoporosis and another 44 million have low bone mass placing them at increased risk for osteoporosis. The annual incidence of osteoporotic fractures in women is higher than that of stroke, heart attack and breast cancer combined. A woman’s risk of fracture is equal to her combined risk of breast, uterine and ovarian cancer.

Pfenex is a development and licensing biotechnology company focused on leveraging its proprietary protein production platform, Pfenex Expression Technology, to develop next-generation and novel protein therapeutics to meaningfully improve existing therapies and create novel therapies for some of the biological targets linked to critical diseases still waiting to successfully be addressed. Using the patented Pfenex Expression Technology platform, Pfenex has created a broad pipeline that is diversified across multiple assets, including US FDA approved, next-generation and novel biopharmaceutical products. Pfenex’s lead product is Teriparatide Injection (previously referred to as PF708 and Bonsity), a therapeutic equivalent candidate to Forteo (teriparatide injection). Teriparatide Injection has been commercialized in the US for the treatment of osteoporosis in certain patients at high risk for fracture, and marketing authorization applications are pending in other jurisdictions. In addition, Pfenex is developing hematologic oncology products in collaboration with Jazz Pharmaceuticals, including PF743, a recombinant Erwinia asparaginase, and PF745, a half-life extended recombinant Erwinia asparaginase. Pfenex also uses its Pfenex Expression Technology platform to produce CRM197, a diphtheria toxoid carrier protein for use in prophylactic and therapeutic vaccines.

Alvogen is a global, privately owned pharmaceutical company focused on developing, manufacturing and selling generic, brand, over-the counter (OTC) and biosimilar products for patients around the world. With commercial footprint in over 20 markets, Alvogen’s key regions include the US and emerging markets in APAC regions. 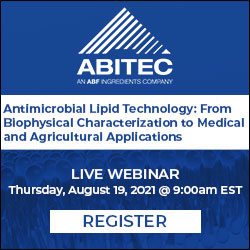