More than 300 million patients worldwide are infected with hepatitis B virus (HBV). Each year, more than a million of these patients die from the virus, which is also major cause of liver cancer and cirrhosis. Worldwide, cancer claims the lives of millions more. Chronic HBV, cancer, and a variety of inflammatory diseases are caused by immune dysfunction at the cellular level. Now, the power of nucleic acid technology is being harnessed to design small molecule nucleic acid hybrid (SMNH) drugs that harness the patient’s own immune system to defeat these cancers and cure viral diseases at global scales. 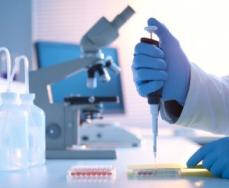 Nucleotides are building blocks of DNA and RNA (collectively called nucleic acids) which, along with proteins, constitute the fundamental operational components of all cells. Normal cellular function depends on a complex, interconnected network of biochemical processes that rely entirely on highly precise recognition, and very specific interaction among nucleotides, proteins and nucleic acids. Diseases occur when cellular function goes awry due to aberrant cellular processes. Drugs used to treat many diseases are designed to restore normal cellular processes in a diseased cell. To achieve this, a drug must have properties that enable it to mimic the recognition and interaction between cellular components that would help jumpstart and restore normal cell function.

Furthermore, chemical modifications to these SMNH compounds gives them drug-like properties, enabling them to be formulated for use as tablets/capsules, injections, or other dosage forms. Thus, SMNH compounds have several advantages: they have a novel mechanisms of action, including induction of the innate immune response; they can be administered by multiple routes of delivery, including oral administration; and they can target a broad range of diseases, including viral, oncological, and inflammatory diseases.

For example, Spring Bank is developing SMNH compounds focusing on diseases that cause immune system dysfunction in microbial infections, cancer and inflammatory disease.  . The SMNH compounds are designed to restore the function of the immune system for viral clearance, tumor elimination, and attenuation of inflammation.

In addition to designing synthetic molecules that recognize and interact in cellular processes, to benefit patients the drugs must be safe and readily accessible.

Many modern treatments require a combination of small molecule drugs to achieve an optimal therapeutic benefit, but some drug combinations can have sub-optimal effect or have side effects due to drug-drug interactions. This is because most small molecule drugs are subject to metabolism by enzymes in the liver, since the liver perceives the drugs as foreign substances to be eliminated from the body. The liver uses a plethora of enzymes to convert drugs into water-soluble forms for elimination from the body. Unfortunately, when multiple drugs are used in combination or simultaneously, these enzymes cannot function efficiently. This leads to inadequate metabolism, or buildup of the individual drugs in higher levels in the blood, leading to potential toxicity. Such drug-drug interactions can also result in sub-therapeutic levels of the individual drugs.

Being small molecules, SMNH compounds are also relatively easily manufactured in larger scale by well-established processes and operations commonly employed in the pharmaceutical world. Many currently used small molecule drugs require numerous steps for large-scale manufacture. On the other hand, manufacture of SMNH compounds involves fewer steps. The ability to readily manufacture compounds at larger scale enables substantial reduction in the cost of goods and can provide easier access to drugs for millions of patients suffering from a variety of diseases.

Chronic HBV patients have a dysfunctional immune system that is unable to clear the virus from the body. Current drugs for HBV, such as nucleosides or nucleotides (Nucs) are designed primarily to suppress viral replication. These drugs do not eliminate the virus, have side effects, and require life-long therapy – stoppage of treatment results in viral rebound. There is therefore a significant need for drugs that can affect “functional cure” of chronic HBV during a finite duration of therapy. This can be achieved by a combination of drugs in which immunomodulation will be the key component. 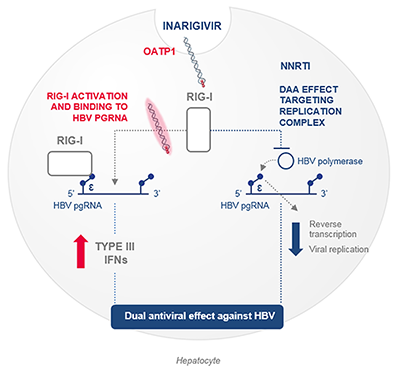 One example of such a drug using SMNH chemistry is Inarigivir, a small molecule developed by Spring Bank for the treatment of chronic hepatitis B virus infection. Designed to be selectively activated within HBV-infected cells, Inarigivir binds the cellular protein, retinoic acid-inducible gene 1 (RIG-I), to both inhibit viral replication and cause the induction of intracellular interferon signaling pathways for antiviral defense. Inarigivir is orally bioavailable and has the potential to be part of a simple, safe and selective combinatorial treatment modality that can significantly enhance the functional cure rates for patients with chronic HBV during a finite duration of therapy. Inarigivir is currently in global Phase II clinical trials against HBV.

Current cancer treatments include a variety of modalities, including surgery, radiation, chemotherapy with cytotoxic drugs, , and  targeted agents. Each modality is associated with significant risk of relapse due to resistance development and metastasis upon treatment cessation, as well as, significant side effects and tolerability issues. Recently, therapies designed to activate the host immune system using a class of drugs called “check-point inhibitors” have shown significant promise by providing durable cancer cure in a subset of cancer patients. Indeed, immunotherapy is revolutionizing the treatment of cancer – patients who have failed all available therapeutic options are now being cured. Spring Bank has developed SMNH compounds as a powerful new class of immunotherapeutic agents for cancer treatment that can be combined with other agents such as checkpoint inhibitors to enhance cancer cure rates. 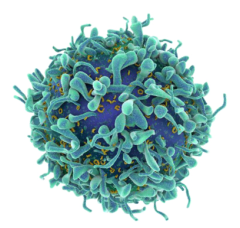 STimulator of INterferon Genes (STING) is an integral component of the body’s innate immune system that senses cytosolic DNA and produces interferon, which is necessary for fighting cancer and viral infections. Targeting this protein potentially enables modulation of the body’s immune response to eliminate cancer. For example, Spring Bank has designed a platform of SMNH compounds that form nanostructures that enable them to enter cells readily, bind to STING to activate the interferon pathway, recruit immune cells for tumor killing and also make cold tumors hot. These attributes make them potent immunotherapeutic agents. The lead compound SB 11285 has recently entered clinical trials. Other water-soluble STING agonist drugs developed by other Companies do not enter cells readily and therefore lack the same efficacy.

In addition, several existing STING agonists currently in clinical trials for solid tumors are administered exclusively by direct injection into tumors, which is an inefficient and often-painful process that requires significant resources only available through specialized treatment facilities and hospital care. Effective engagement of the immune system to attack a tumor requires key specialized immune cells to traffic from the periphery to the tumor site. With drugs injected directly into tumors, the critical tumor-attacking immune cells might not exist in adequate numbers at a tumor site. To ensure that an immunotherapeutic agent can safely and effectively harness the immune system through the activation of the STING pathway, compounds may need to be administered by systemic routes, for example, intravenous (IV) or subcutaneous. This could also enable treatment of many cancers that are not accessible by intratumoral injection.

IV administration of cancer drugs is a commonly accepted modality in current cancer treatment, which often requires a combination of drugs. Furthermore, IV administration of a STING agonist would enable combination therapy in a typical hospital setting. For example, SB 11285, a potent STING agonist developed by Spring Bank that can be administered by multiple routes, including IV and IT, has just entered clinical trials for treatment of cancers, Looking ahead, to achieve targeted delivery to the site of the tumor, these STING agonists are also being conjugated with antibodies to form antibody-drug conjugates (ADCs).

SMNH compounds are relatively easy to manufacture and offer multiple potential administration routes, including oral and intravenous. Endowed with a novel mechanism of action, they demonstrate the potential to treat large populations facing deadly diseases such as chronic HBV infection and cancer. In addition to viral and oncological applications, SMNH compounds are being designed as immunomodulatory agents for the treatment of numerous common and rare inflammatory diseases, including Lupus, Sjogren’s syndrome, Aicardi’s Goutières syndrome, Parkinson’s disease, and multiple sclerosis. As this novel drug development platform evolves, the experience gained in discovering drugs designed to treat HBV, cancer, and inflammatory diseases can be applied broadly to other diseases, including cardiovascular, metabolic and central nervous system disorders.