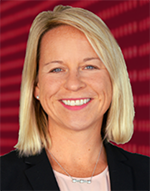 Hydroxychloroquine sulphate (Plaquenil) an analog of chloroquine has an established track record for treating malaria and has demonstrated in vitro activity against the SARS-CoV and therefore being considered as possible treatment for COVID-19. Recently, findings from a just-released manuscript by Gautret et al. (2020) summarizing findings from an ongoing study to evaluate hydroxychloroquine in patients with COVID-19 made news.1 The aim of this perspective is to summarize the study design, main results and to highlight limitations. Note that there is a wealth of information on the known toxicity associated with hydroxychloroquine and chloroquine, which are not covered in this perspective.

The study by Gautret and colleagues is an ongoing, single arm, non-randomized coordinated by The Mediterranee Infection University Hospital Institute in Marseille in response to the current COVID-19 pandemic. Patients enrolled in the study were recruited and managed in Marseille; however, non-randomized controls (described below) were obtained from centers located in Marseille, Nice, and elsewhere in Southern France. Patients hospitalized with COVID-19, at least 12 years of age with PCR confirmed SARS-CoV-2 carriage from a nasopharyngeal sample at time of hospital admission were eligible to participate. Having a certain level of disease severity was not an enrollment criterion. Pregnant or breastfeeding women, persons with known allergy to hydroxychloroquine or chloroquine, known G6PD deficiency or QT prolongation were ineligible. The main study outcome is virological clearance on day 6 post-enrollment. Secondary outcomes (not reported in this paper) include virological clearance over the entire observation period, clinical measures including body temperature, length of hospitalization, mortality, and respiratory rate and adverse effects. Study assessments occur daily for up to 14 days. Patients providing informed consent and enrolling in the study received hydroxychloroquine sulfate at a dose of 200 mg three times daily for 10 days. Patients refusing treatment or had an exclusion criterion serve as controls for purposes of the analyses presented in this manuscript.

The fundamental weakness of this study is the lack of randomization to treatment, which not only balances groups with respect to measured and unmeasured pre-treatment demographics and other characteristics, but also ensures randomness in treatment assignment. In the absence of randomization, bias associated with treatment assignment is present distorting the reported treatment response. In addition, the authors approach of selecting controls among patients either failing to meet enrollment criteria or refusing treatment is, at the most basic level, selection bias. Therefore, the control group is different than the hydroxychloroquine-treated group invalidating the statistical comparisons, which rely upon the requirement that observations are drawn from the same population. In addition, the authors ignore the near certain likelihood that the results are confounded by factors associated with if a patient received hydroxychloroquine and outcome. Univariate methods (eg, chi-square and Fisher’s exact tests) were used to test for differences in proportion of patients with negative PCR; hence not accounting for possible confounders. A third issue with this study and presented findings is the amount of missing data. As noted, six hydroxychloroquine-treated patients were “dropped” from the authors’ analyses due lost follow-up. In addition, details provided in Supplemental Table 1 show that PCR testing on day 6 (the main time point in the analysis) was not done in 5 (31.3%) of the 16 non-randomized controls and in one (10%) hydroxychloroquine-treated patient. Further, the proportion of patients with complete data on PCR from days 0-6 was only 31.3% (5/16) in the non-randomized control compared to 85% in the hydroxychloroquine-treated patients. The level of missing data in the non-randomized control strongly biases the results in favor of the hydroxychloroquine group given that the outcome was based on having a negative PCR, thus missing data is interpreted as having not achieved viral clearance.

Lastly and perhaps most importantly, the authors conclusions and recommendations are inconsistent with the findings and how results from a small, non-randomized study should be interpreted. The authors state that they decided to share the first results for ethical reasons because the findings are “so significant and evident.” They go on to recommend that COVID-19 patients be treated with hydroxychloroquine and azithromycin to cure infections and limit viral transmission. These striking conclusions and recommendations are questionable given the study design issues already noted. In fact, one could argue that these conclusions and recommendations are in fact dangerous and misleading given that they arrive from a study that suffers from tremendous bias and confounding due to lack of randomization, a limited sample size and missing data, none of which are adequately addressed in the analyses as counter to the scientific method. Optimistically, these results can be used to inform future, adequate and well-controlled clinical trials to evaluate hydroxychloroquine for the treatment of COVID-19.