Fast scanning rate Differential Scanning Calorimetry (DSC) represents a recent and underutilized technique for the characterization of pharmaceutical materials. Applications range from measuring melting points and purity to detection of low levels of amorphous material and polymorphic forms. Several of the more common applications are discussed.

Physical characterization of pharmaceuticals remains an important tool for the pharmaceutical chemist in R&D, formulation, and QA/QC. Information about the purity of a material, its polymorphic composition, the presence of excipients, the amount of amorphous material present, and the glass transition of lyophilized materials are all obtained via thermal methods like Differential Scanning Calorimetry (DSC). Because of this, a DSC is a familiar tool in most pharmaceutical laboratories. However, many users are still aware of the increases in sensitivity and other advantages of Fast Scanning Rate DSC techniques.

Fast Scanning Rate DSC, better known under its trade name from PerkinElmer® as HyperDSCTM, is a technique in which the sample is heated or cooled at rates of 200Â°C or greater per minute over the same temperature range as is used in Conventional DSC. Fast Scanning Rate DSC exploits the standard heat flow equations to increase the sensitivity of the instrument by using increased heating rates (Figure 1). Because of the design of power compensation, DSC, with its very small furnace mass, rates of up to 750Â°C/min can be obtained for quantitative data. This makes Fast Scanning rate DSC very sensitive to the presence of amorphous material in a sample. In addition, high throughput can be achieved as runs typically take less than 1 to 3 minutes. This greatly increases the number of samples one can run in a day. For example, an autosampler system running samples at 200Â°C/min allows up to 268 runs to be done in 24 hours.

Heating at these rates does more than just increase the instrument’s sensitivity. It also allows the suppression of kinetic events like decomposition, polymorphic transformations, and reactions by heating and cooling the sample faster than the event can occur. This becomes important when protein concentrations increase as it allows one to collect data before the material decomposes.

A basic concern in pharmaceutical manufacturing is the purity of the active pharmaceutical ingredient (API) and other materials used in drugs. One quick check on purity is to look at the melting point depression caused by the impurities in the material. Running a small amount (1 to 3 mg) of sample at rates of 200Â°C/min and up offers several advantages. First, it can shorten run times to under a minute, increasing the throughput of the lab. Second, the increased sensitivity seen in Fast Scanning Rate DSC means less sample is needed. In addition, because decomposition is a kinetic event, decomposition can be pushed to higher temperatures, allowing the onset of melting to be measured before decomposition occurs (Figure 2).

Many APIs are used as polymorphic forms of the drug. These forms can be interconverted upon heating and thus what is seen in a conventional DSC run may not represent what is actually present at room temperature. This can cause problems in understanding bioavailability, dose levels, and affect the status of patents. Fast scanning rate DSC’s ability to suppress kinetic changes allows one to see the polymorphic form of the material in its original state without having to work back by estimating, which peaks represent transitions (Figure 3).

Transitions from many molecules of pharmaceutical interest are weak and diffuse, and conventional DSC methods are often unable to detect them. These samples include lyophilized proteins and excipients: spray dried materials, cellular material, and difficult samples, such as hydroxylethyl starch (HES). Due to the increase in sensitivity seen in Fast Scanning Rate DSC, these transitions become readily detectable at higher rates. This also applies to small quantities of samples, such as materials recovered in vitro from implants or medical devices.

In most formulations, materials are added to the API to help processing  storage, and delivery. These excipients can be present in varying amounts, and detection and quantification of them is important for QA/QC. Fast Scanning Rate DSC allows us to push detection to levels not previously possible for DSC. For example, the amount of Polyvinylpyrrolindone (PVP), a polymeric binder, detected by this technique is below 5% whereas both conventional and modulated DSC techniques are limited to a minimum of 40%.

In testing for how well formulations dissolve, the amorphous content can affect how well materials enter solution. Solubility testing is a slow and costly process, so a method of quickly screening for amorphous materials in a supposedly crystalline formulation can be a significant advantage. One of the advantages of the Fast Scanning Rate DSC techniques like HyperDSC is its ability to increase the sensitive of the DSC to the present of weak transitions. When screening materials prior to solubility studies, this increased sensitivity helps one see a low level of amorphous materials that can adversely affect the ability of the formulation to dissolve into a solvent. The presence of amorphous material we detected at rates of 500Â°C/min is unseen at conventional rates, and run time is a matter of minutes (Figure 4).

Lyophilization or freeze-drying is a common technique in pharmaceutical preparation. Running a lyophilized sample for its glass transition temperature by Fast Scanning Rate DSC is relatively simple: a small sample of material, typically 1 to 3 mg, is loaded in a DSC pan and run from 0 to 250Â°C at 300Â°C/min. Often, a second run establishes a common heating and cooling history for the samples. Scanning at these rates allows one to measure very weak glass transitions of a sample, such as high protein concentration mixtures as well as pure proteins. In addition, it has been shown that Fast Scanning Rate DSC allows one to scan faster than kinetic events can occur, decomposition is retarded, and a nice clean glass transition results (Figure 5). The appearance of the enthalpic overshoot associated with aging appears unchanged and can still be used for aging studies.

Fast Scanning DSC can be applied to a wide range of thermophysical measurements used in the modern pharmaceutical laboratory. Because it allows faster throughput and smaller sample sizes, it can reduce testing costs and increase efficiency. The ability to “freeze” kinetic changes in a sample mean that we can, for the first time, be sure what we see in the DSC is what was originally present in the sample and not the product of thermally induced changes. With the great increase in sensitivity of Fast Scanning Rate DSC, materials can now be detected that were previously below the detection limits of DSC. 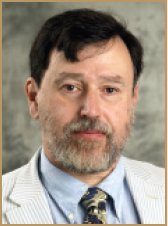 Dr. Kevin P. Menard earned his PhD in Chemistry from Wesleyan University and his MBA from Texas Woman’s University. He has worked in a variety of industries before coming to PerkinElmer, where he is the Global Business Manager for Thermal Analysis. He has over 150 publications and 14 patents to his credit.